Under increasing pressure to capture value, some manufacturers may turn to ecommerce to gain market share 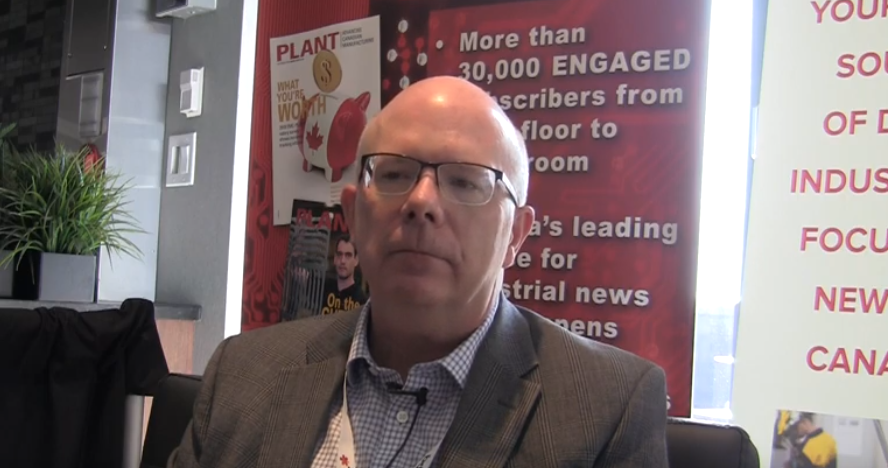 A recent Advantage Through Excellence national conference focused on advanced manufacturing, reinforcing the idea that the manufacturing landscape is undergoing a massive collective shift.

A key conference takeaway: From consumer demands and the nature of products, to the economics of production and distribution, manufacturers are under increasing pressure to capture value and reassess their business models. As boundaries become ever more fluid between manufacturing, technology and retail, manufacturers are further challenged to increase both speed to market and customer engagement.

Dave Sherman, chief operating officer at Caframo Ltd. in Georgian Bluffs, Ont., and one of the founding members of the conference organizer, Excellence in Manufacturing Consortium (EMC), understands the industry’s evolution.

Sherman says that one development that readily affects his employer – a manufacturer of high-quality fans, heaters, lighting and specialty products – is that products that incorporate technology become dated much faster than traditional products. He explains that consumers are no longer willing to accept a product’s lifespan (it’s useful life) if a newer, updated version has been brought to market.

One quarter of its business (“a true B2B business”) comes from selling to cosmetic chemists and the oil and gas industry, “where they’re doing R&D or doing quality assurance testing.”

This leg of trade is relatively stable. “We’re selling to a market that enjoys the same capabilities that they bought last year and the year before – they prefer an after-service sales model,” says Sherman, who is responsible for sales, marketing, production and supply chain, as well as maintenance of equipment.

The other three-quarters involves selling consumer products that fit into the discretionary purchase category and is susceptible to disposable cash at the consumer level, he says.

About one quarter of Caframo’s total production sells into the Canadian market. The balance goes to the U.S., Australia, New Zealand and to Europe.

And while trends affect manufacturers across sectors at different rates, Sherman says manufacturers are required to perform facelifts to their products and processes if they want to stay competitive.

For Caframo, the much faster product renewal cycle is a veritable challenge that tests the manufacturer’s mettle on being nimble, its ability to change, and its flexibility in supporting product lifecycles.

“That means making incremental improvements to the products, complying to new standards for parts in world markets where we haven’t previously competed,” says Sherman. “The impact on manufacturing is figuring out how to do that without introducing complexity, and how to keep the number of SKUs to a very manageable number.”

In addition to the challenges posed by reduced product lifecycles, responding to ecommerce presents a unique set of operating scenarios.

An ever-increasing amount of output is being sold through online channels such as Wayfair or Amazon, says Sherman. At Caframo, products are either fulfilled by the online retailers or in-house, and transactions require the manufacturer to respond same day or early next day.

Although that’s not directly a manufacturing impact, Sherman says the impact of online sales on outbound logistics requires manufacturers to be more responsive. When stock is not available to ship, Caframo would need to produce equipment on short notice. “Ecommerce is not a channel that will accept late deliveries,” says Sherman.

And while online channels are lucrative, manufacturers need to be careful about their pricing strategy, so they don’t undermine their traditional brick-and-mortar showrooms (“which is still equally critical”).

Ecommerce is efficient, fast and removes some of the more traditional dealer and distribution costs, so it can be a complementary channel, says Sherman, noting that a transaction may come through Amazon, but the product awareness or the decision to buy may stem from a number of different places.

The approach for any manufacturer is to be mindful of driving a cost structure or becoming so inflexible that it can’t adapt to the next change, says Sherman. Instead, the goal is to have the “ability to respond to these additional and multiple selling channels. Be fast and be highly responsive.”