Even before the pandemic, there was a crisis of worker dissatisfaction, with millennials — the generation poised to make up the majority of our workforce — viewing business as out of step with their priorities. 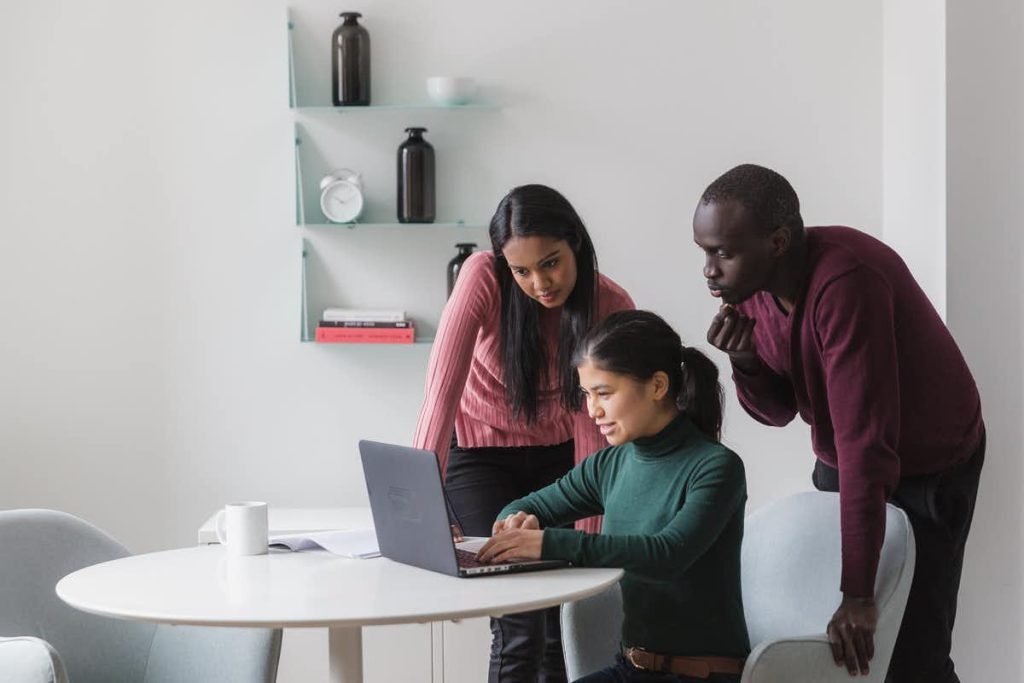 Younger employees in particular want autonomy and to feel empowered at work. (Piqsels)

It’s time for business, political and organizational leaders to give up on “management.”

Workers today don’t want to be managed, even benevolently. They want to be partners in co-creation, where all members are empowered to bring their whole selves to the organization regardless of hierarchies.

Consequently, those uncomfortably perched atop organizational hierarchies are faced with a stark choice: Co-create or manage, because you cannot do both.

As businesses start to envision a post-pandemic world, they are faced with unprecedented challenges, like the so-called Great Resignation that involves millions of employees opting to quit their unfulfilling jobs, and political pressures to “build back better.” As I argue in my recent book, Connected Capitalism, we need to move away from an emphasis on “management” and towards a focus on co-creation.

Management is passé. Co-creation will allow us to thrive in meeting the changing demands of key stakeholders like employees, customers and governments.

Even before the pandemic, there was a crisis of worker dissatisfaction, with millennials — the generation poised to make up the majority of our workforce — viewing business as out of step with their priorities.

Corporations must commit to a broader social purpose or face disconnected and unmotivated workers unlikely to stay in their jobs. Co-creation builds on that rare and valuable sense of connection emerging in the very best type of purpose-driven co-operative partnerships.

The feeling of connection is so important, I believe we will start to normalize viewing friendship as an essential work resource, since we now know that co-operation is not born of deep analytical calculations, but intuition and feelings.

Often, when management gurus talk about co-operation, what they really mean is managing subordinates into passivity.

Co-operation in this context is contingent on repression. That’s not co-creation.

When I speak to executives, I often get a panicked reaction: “What does this mean for my power to run the business?!?”

Assuredly, decision-making power stays in the C-suites. But an empowered team only increases the effectiveness of leadership. And while corporate behemoths like Google are leading with this new course of action, a 20-year study of more than 300 companies found human-centric approaches that empowered employees improved performance in a wide variety of settings.

And co-creation is not only about loosening the managerial reins on employees. Many businesses have come to realize that they don’t get the best product by closely managing their suppliers with laundry lists of desired specifications.

Instead, optimal outcomes are often attained by supporting suppliers in co-creation, giving up control and letting them lead the way. This exercise in trust and vulnerability showcases the deepest level of relationship — when two organizations surprise one another by understanding each other so deeply that one delivers what the other wants but did not ask for.

Does the ultimate decision-making power still sit with the paying client? Of course. Clients can demand their supplier’s development team stick to product roadmaps and manage the process so requested features get built.

Are there significant efficiency and reputational risks involved when managers take the liberties afforded by co-creation? Absolutely. But the better question to ask is this — does a path to innovation exist that isn’t full of risk and inefficiencies? I don’t know of one.

Consider current indicators that workers are quitting rather than giving up the ability to work from home.

Michael Solomon, co-founder of 10x Management, explained to me that this is an expected feature of the “talent economy.” Everybody, up and down the hierarchy, is both empowered and willing to take responsibility for what they do.

Whether the outcomes are good or bad, those who take risks own the consequences. Are there risks in letting workers set the terms of how they work? Yes. And to some executives, workers making such demands appear to have an unjustifiable sense of entitlement.

But feeling like you are being managed is antithetical to productive work. Solomon explains this as a generational shift, and warns that the old style of management is being phased out fairly quickly.

Co-creation doesn’t mean we no longer need CEOs. But it may be more helpful to view leading exclusively as a verb and not a noun.

Business researchers are finally emphasizing the relational and dynamic aspects of power, how a leader’s relationships with stakeholders can be a source of support or resistance and how they must continually adapt to changes in social systems.

The shift away from the stifling, controlling and outdated dominance of management in favour of co-creation is an absolute must for those helming organizations — from private sector businesses to governments and health-care organizations — even if the prospect makes some existing leaders uncomfortable.

Using the tools of co-creation where we once used management hierarchies means expanding the rigid boundaries between the social, professional and personal, which we have been clinging to in corporate settings for too long.

Workers are demanding a more human-centric future, with space for trust and vulnerability. There is no going back to the “before world.” Management is over. The era of co-creation is underway.