Looking forward to a future without factory farming

by Kendra Coulter, Chancellor's Chair for Research Excellence; Chair of the Labour Studies Department; Member of the Royal Society of Canada's College of New Scholars, Artists and Scientists; Fellow of the Oxford Centre for Animal Ethics, Brock University  July 13, 2020

The demise of factory farming will have many social benefits, according to experts. 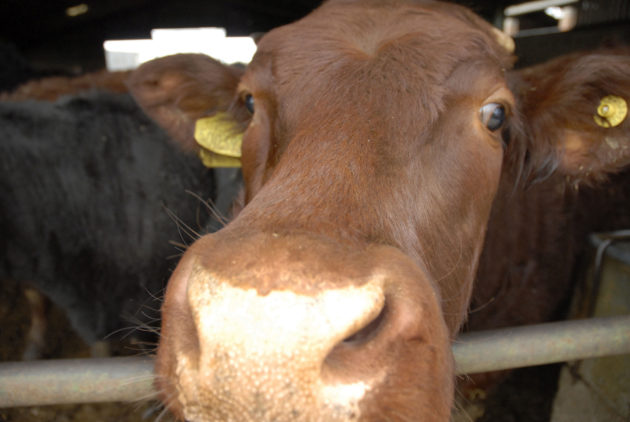 The exploitation of 50 billion animals globally on factory farms has resulted in calls to end factory farming and for a better welfare system in place for animals. PHOTO: World Animal Protection

Corporate animal agriculture is in crisis, and its days are numbered. Factory farming and industrialized animal slaughtering are being recognized as dangerous for workers’ health, as potential causes of the next pandemic and as both ethically and environmentally unsustainable.

Early numbers suggest noteworthy increases in the purchase of plant-based foods during the pandemic. New vegan products are being brought to market almost weekly. And advancements in cultured “clean” meat may soon result in mass production.

These technological innovations mean that meat can be created for those who wish to consume it without needing to kill animals. Diverse investors, including Bill Gates, Richard Branson, Leonardo DiCaprio and leaders of major agribusinesses, recognize the opportunity to more efficiently and sustainably produce products. As a result, we will see a serious decline — if not the complete elimination — of industrial animal agriculture.

Given its significant contributions to climate change and the depth and breadth of the animal suffering it causes, the demise of factory farming will have many social benefits. New humane jobs will be created in urban areas developing food, undoubtedly. But what will happen to rural economies and to farmed animals?

The end of factory farming will lay the foundation for a rural resurgence and the development of more just and sustainable communities. And there will be fewer but healthier and happier animals not destined for slaughterhouses.

1. There will be a revival and reshaping of family farms.

Factory farming has led to a steep and continuous decline in the number of family farms. In contrast to the rigid corporatized and mechanized status quo, the end of industrial animal agriculture will be a boon for family farming and a meaningful chance to diversify.

Canada is already a world leader in pulse proteins that include lentils and chickpeas. There will be new demand for organic and veganic farming, more plant-based crops and the ingredients needed for the new lab-created products. Some consumers may still want meat from dead animals, so small-scale animal farming may find a market.

Boutique dining tourism that brings people onto farms and face-to-face with food cultivation could also thrive. Ideally, the well-being of the migrant workers who make so much fruit and vegetable farming possible will be taken much more seriously, too. This is sorely needed.

2. Green care will be expanded.

The term green care isn’t well known yet, but it makes sense: it refers to a range of organized and formal beneficial interactions with nature. Animal-assisted therapy, therapeutic horticulture and care farms are all examples of green care.

Farms can be re-imagined as places for children’s and adults’ learning, health care and job training. This will both provide valuable services and generate new green and humane jobs of different kinds in rural communities.

Some of these farms already exist, and normally involve out-of-pocket fees in countries like Canada. The removal of factory farms from the rural economy will create new opportunities to more deliberately and thoughtfully expand green care, regulate it and integrate it with existing education, health care and One Health programs akin to what is being done in northern Europe. This would make it more accessible, diverse and equitable.

3. Farm animals will be raised for pleasure.

Many people already work and interact with horses for leisure, sport, companionship and sheer joy. Some similar opportunities exist for farmed animals like chickens, rabbits, goats, pigs, cattle and sheep.

Sub-cultures can celebrate and showcase heritage breeds, for example, and the beauty of these animals — without the subsequent death sentence.

More farms may also become non-profit sanctuaries where animals can flourish without any expectations.

4. Some rural spaces will be rewilded.

As British writer George Monbiot and others have argued, there are many environmental reasons to allow some areas to regenerate and be repopulated with native plant and animal species.

Known as rewilding, it could allow for certain carefully planned opportunities for expanded recreation and learning in the country (hiking, birding) and some modest, strategic eco-tourism, including Indigenous-led initiatives and partnerships.

But definitively returning some land to other species is one small way to begin to make amends for the immense damage we have done to animal families, cultures and habitats.

In contrast to today’s large, windowless facilities that intensively confine hundreds of millions of animals indoors and litter Canada’s rural landscapes, rural regions would become more sustainable and vibrant spaces for humans and animals to thrive and co-exist.

Rather than harming rural economies, the end of factory farming is an invitation to revive reciprocal practices as well as develop compelling new possibilities rooted in interspecies respect. It is a clear opportunity to create new income sources and humane jobs for diverse people.

After factory farming, we will all be better off.