Trudeau, operating with a depleted minority government, will need to work with his political rivals to survive 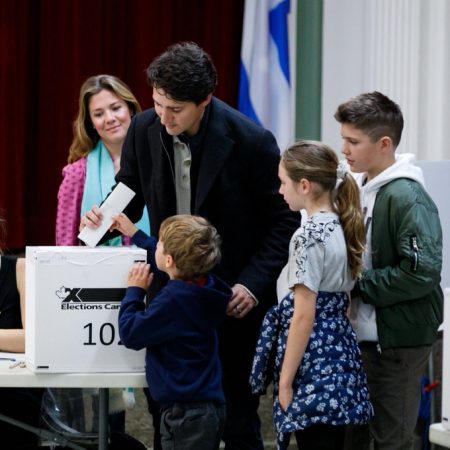 Justin Trudeau has held onto power, but his job is now much more challenging and will require innovative thinking.

Though the Liberals have a strong enough minority in terms of seat count to avoid having to form a coalition with any of the other parties, Trudeau cannot afford to be glib.

Unlike 2015, he cannot claim a monopoly over the “progressive” vote, especially in light of well-documented gaffes like his trip to India and his brownface/blackface scandal.

The message from voters is that they are not happy with the Liberals. But that doesn’t mean that voters like the Conservatives, as Andrew Scheer’s poor showing in seat count demonstrate.

Although this election did not lead to the “Singh Surge” in seat count that some had suggested, the NDP and the Bloc Québécois have seen their actual power and influence in Parliament grow considerably.

Though weakened in terms of their overall number of seats, the composition of Parliament means that the Liberals have a choice to make — go it alone on an issue-by-issue basis that borrows support on right-wing policies with the Conservatives and left-leaning policies from the NDP, or commit to a more focused and progressive agenda that would allow a greater degree of stability in a more formalized arrangement with the NDP.

Canada may seem a divided country, but the partisan blocs aren’t as uniform as the electoral map makes them look.

You’d think there wasn’t a progressive voter in the Prairies, nor a strong federalist politician in Québec, if you glanced at seat counts without looking at the percentage of voters whose perspectives get dropped entirely under our first-past-the-post plurality system. In fact, it’s not truly the case.

The Liberals lost long-standing party stalwarts, like Saskatchewan’s Ralph Goodale, and now have no representatives in the Prairies. That means Trudeau may have to consider some unusual measures, such as appointing a cabinet minister from the Senate, in order to ensure regional representation in the coming Parliament.

This is not commonly done, but the first Canadian cabinet had five of 13 ministers appointed from the Senate, and the trick has been used by Liberal and Conservative prime ministers in the past to gain regional representation in the West and Québec respectively.

In 1979, for example, former prime minister Joe Clark appointed Québec Sen. Jacques Flynn minister of justice because of his lack of representation in that province.

This is all perfectly lawful, but doing so underscores the return to political regionalism in Canada, with a Tory bloc from the Prairies to Alberta and a sizable win by the BQ in Québec.

What seems clear from the delivery of the minority Parliament — alongside four minority governments at the provincial level — is that parties need to find ways to collaborate more.

This is a good thing, as the whole point of democracy is to converse and negotiate.

While the most pressing issues from the left and right seem diametrically opposed — for example, addressing the climate emergency on the left and building pipelines on the right — there are other important issues to focus on, such as putting an end to boil water advisories across the country, investing in child care and health care, and revisiting the problem of democratic accountability by looking at electoral reform.

It’s quite unlikely that the Trudeau Liberals would revisit that last point in light of their past transgressions on the subject, but doing so would go a long way towards more accurately reflecting the kind of representation Canadians vote for.

It would also prevent the next prime minister from having to appoint ministers from an un-elected Senate in order to ensure regional representation in cabinet.

The election is over, but the urgent issues facing Canada during the election have not stopped being urgent. The prime minister is going to have to reinvent himself and commit to some important compromises to earn the stable support of the left-leaning parties. Hopefully, this will be to Canada’s collective benefit.