Who’s driving this breakneck growth in the ocean economy? 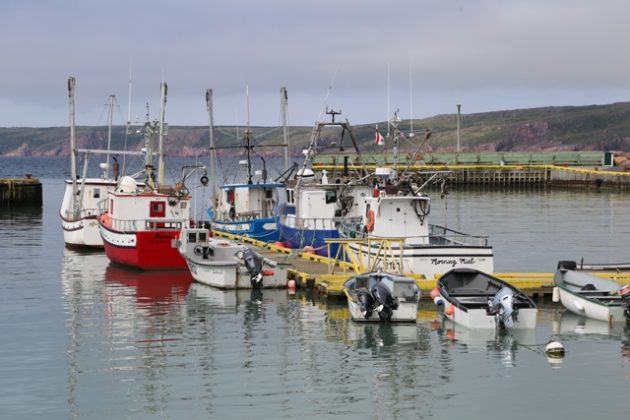 The volume of goods transported by container shipping each year has quadrupled since 2000, and almost one million kilometres of submarine cables have been laid on the seafloor in that time, which now carry almost all international telecommunications. The energy generated by offshore wind farms has increased 400-fold in the past two decades, and the volume of farmed seafood has grown by 5% on average each year.

During the same time period, most major discoveries of oil and gas deposits have been made offshore and around 1.4 million square kilometres of the seabed has been leased for exploratory mining. There was practically no marine biotechnology sector at the turn of the millennium, but since then, more than 13,000 marine genetic sequences have been patented.

We call this rapid expansion of ocean-based industries since 2000 “the blue acceleration”. As the industrialisation of the ocean continues apace, it risks transforming marine ecosystems, and consuming the shared spaces of one of the world’s largest and oldest employers – small-scale fisheries.

To make these industries sustainable, we need to know more about the businesses which comprise them. So who’s driving this breakneck growth in the ocean economy? In a recent study, we discovered that a relatively small number of companies, headquartered in a few countries, generate most of the revenues from using the ocean. In 2018, the 100 largest companies took an estimated 60% of all revenues in eight industries: offshore oil and gas, container shipping companies carrying many of the goods we buy, companies producing and processing seafood, offshore wind energy producers, cruise tourism operators, and a number of industries that support the wider ocean economy, including marine parts and equipment makers, shipbuilders and repairers, and port maintenance businesses.

This group of companies – the Ocean 100 – generated US$1.1 trillion (£789 billion) in 2018, equivalent to the GDP of Mexico – the 15th largest economy in the world. While dominated by offshore oil and gas (47 of the 100 companies), most of the revenue was generated by just a handful of companies in each of the eight industries. The ten largest companies generated 45% of all revenues on average.

This extreme concentration of revenue in the ocean economy mirrors the structure of the global economy as a whole. For many land-based industries, a relatively small number of transnational corporations control a huge market share of output. There tend to be higher barriers to entry in the ocean economy though. A lot of expertise and capital are needed to operate in the sea, both for established industries and emerging ones, such as deep-sea mining and marine biotechnology.

But this concentration poses a number of risks, both to the ocean environment and the people who depend upon it. Powerful companies can more easily lobby governments to weaken social or environmental rules that might otherwise make them limit greenhouse gas emissions or pay higher wages. A top-heavy ocean economy can also stifle innovation, or threaten access for small-scale fishers to areas they’ve used for generations.

The Ocean 100 benefit the most from ocean use, and they’re most capable of making their industries sustainable. Not just by doing no harm, but by embracing the idea of corporate stewardship to do some good.

The shipping industry accounts for roughly 2.5% of the world’s greenhouse gas emissions. Technologies exist to rapidly make this sector cleaner and more fuel-efficient. So, a relatively small number of shipping companies in the Ocean 100 could have a big influence on global emissions.

Ocean 100 companies could also collaborate to fund projects where public resources are scarce. By pooling donations to a global trust fund or accepting an ocean equity tax, these companies could help clean up plastic pollution in the ocean, fund the enforcement of conservation areas, and support small-scale fishing communities.

Still, we shouldn’t be naive. Companies follow the logic of markets and respond to shareholder and consumer demand. Voluntary initiatives can range from profound changes in business practices to superficial green washing.

But the seafood industry could point the way forward for the rest of the Ocean 100. After a study found a similar concentration of revenue and output among a handful of companies, ten of the world’s largest seafood businesses convened the Seafood Business for Ocean Stewardship initiative in 2016. In December 2020, they pledged to reduce illegal fishing, emissions and discarded fishing gear littering the ocean by the end of 2021.

Could the Ocean 100 do something similar? Corporations would benefit as better ocean stewards by gaining more public support and reducing their risks in a volatile economy. Scientists can help ensure these efforts are based on evidence. Meanwhile, growing demand among customers for sustainable goods and services and new technologies that make the work of corporations more transparent, such as satellite data, should all compel businesses to prove they take environmental problems seriously. Now we know who should lead the way towards a greener blue planet.