How the coronavirus pandemic has disrupted the global mining industry 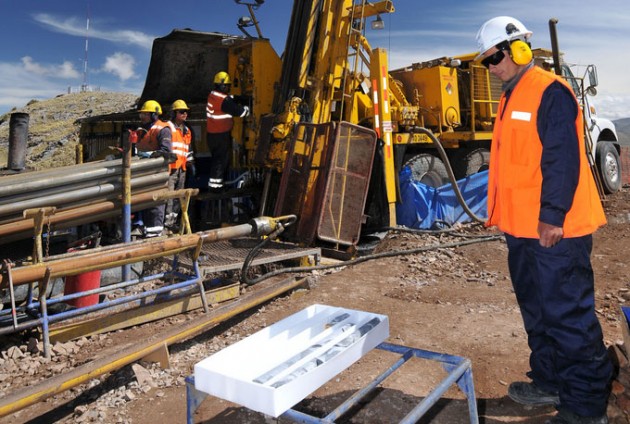 Some have called the COVID-19 crisis a black swan event. It has had an extreme impact and the world was unprepared for what has transpired, even though, in hindsight, it was not unexpected.

The mining industry has also been caught up in the turmoil. While previous global economic downturns hold clues as to what will happen next, there are several aspects to this crisis without similarities to the other economic collapses that have affected the mining industry.

Mining industry downturns are usually due to a decrease in demand. When economic growth slows down there is a decline in general industrial activity and this slows the demand for mined products, which causes falling prices.

This coronavirus crisis is different. Yes, demand for mined products is falling as economic activity slows down, but for the first time falling demand is accompanied by significant supply-side upheaval.

Mines remain open in some countries. But in others, such as Peru, mining operations are severely restricted as part of government efforts to control the pandemic. Viral outbreaks at specific mine sites in other locations have also caused those operations to be closed.

Some metals such as nickel (a component of electric vehicle batteries) have lost more than 30 per cent of production, due to reliance on particular countries such as the Phillippines.

This makes predicting future prices no better than a guessing game. Until recently, the idea that copper prices would hardly move in response to a 6.8 per cent fall in Chinese GDP was inconceivable.

Even if demand for many commodities falls, in some cases supplies of that product may fall even faster. That means metal prices could actually rise during this economic downturn.

A case in point here is uranium, an essential material for nuclear power stations. Uranium prices increased 20 per cent in April from a low in March as fears of supply shortage have arisen. Coronavirus has affected an estimated 30-35 per cent of global uranium production, according to the Financial Times, including the one-month closure of the world’s largest uranium mine, Cigar Lake, in northern Saskatchewan.

Another theme emerging from the crisis is the growing disparity between the price trends of precious metals and industrial metals.

The global economy has entered the current downturn in a weakened state. Most governments have no cash reserves and are heavily indebted. The trillions of dollars in stimulus spending will be financed with unconventional monetary policy. Going beyond fancy technical terms such as quantitative easing, this essentially means governments will have to print more money.

Increasing the supply of money makes currencies less valuable and leads investors to look to precious metals as a way to store value. Gold prices have performed extremely well over the past year, rising to nearly US$1,800 per ounce compared to around US$1,300 per ounce one year ago.

One scenario for what follows from this current round of money printing is a return to a period of stagflation, last seen in the 1970s, when inflation and poor economic growth occur simultaneously.

The disruption of global supply chains caused by the pandemic makes the global economy susceptible to stagflation because production may not be able to respond to government stimulus. If this occurs, gold prices could rise much higher than where they are now, and profit margins from the gold mines that continue to operate may become very large.

Low energy prices, equipment and labour costs would contribute to these profit margins. Expansion of output and new mines would follow as a consequence.

The last theme that will characterize this economic crisis is the importance of critical metals. Even before 2020, critical metals, such as cobalt, lithium, neodymium and nickel, were growing concerns because of the uncertainty over their reliable supply for the technology and renewable energy industries.

Other materials, especially cobalt and rare earths are thinly traded and dominated by Chinese companies. We are likely to see the U.S. and companies like Apple and Tesla securing their supply by investing directly in processing and mining.

The Pentagon has struck a deal with Australian rare earth mining group Lynas Corp. to produce metals needed for electric motors and technology products, in the United States.

This trend to secure supply for critical metals was in place before the pandemic and, if anything, will accelerate during the pandemic due to concerns about supply disruption.

Mining in the new COVID-19 world

It is always risky to say, “This time it is different.” All mining industry downturns have some similarities, but this one really is different.

Some mines and metals will continue to perform well, while others may fall victim to the recession with mine closures, job losses and lost government revenues as a consequence. The key is to understand how the pandemic will require the mining industry to change in response to the broader disruptions and the emerging demands that are happening around it.

Companies looking to acquire critical metals mines will likely add another set of acquisition criteria that focus on pandemic resilience, including automation, remote-controlled drilling and vulnerabilities to logistics disruptions. Mines ranked highly on these factors are likely to receive a premium price.

These are truly interesting times and the mining industry will need to think creatively about how best to respond to create a new future that can support sustainable growth in the 21st century.