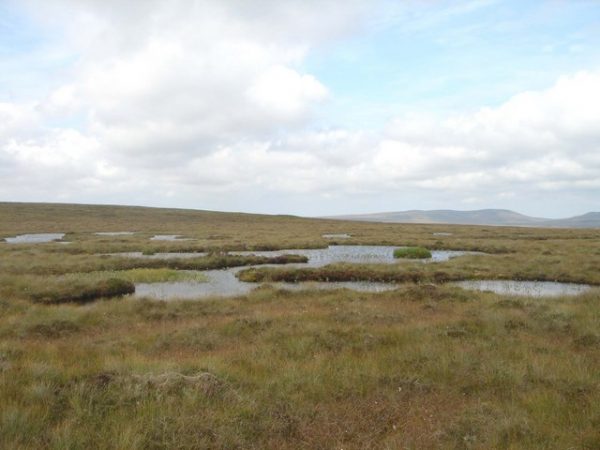 Peatlands are one of the most valuable terrestrial ecosystems in our fight against climate change. These deep layers of partially decayed plants and other organic material are tens of thousands of years old.

Unfortunately, peatlands have been heavily exploited and damaged. They’ve been drained, converted into agricultural fields and burned or mined for access to natural resources.

But the United Nations Environment Program is leading the Global Peatlands Initiative to spearhead a co-ordinated effort to save peatlands, helping keep the global average temperature increase under 2C above pre-industrial levels. Through trial and error, peatland scientists like myself are finding the best ways to return peatlands to a functional state after they’ve been disturbed by oil and gas activity.

Peatlands are wetlands characterized by the thick accumulation of peat (more than 40 centimetres by the Canadian definition) due to an imbalance between the growth of plants and decomposition by micro-organisms in waterlogged conditions.

The removal of carbon dioxide from the atmosphere and its storage in peat has had a cooling effect on global climate over the past 10,000 years. If all this stored carbon were released, it would more than double the current atmospheric carbon dioxide concentration (to more than 800 parts per million), a scenarios of disastrous consequences for human civilization and natural ecosystems.

Unfortunately, peatlands have been heavily exploited and damaged. Around 15 per cent of global peatland has been drained by trenching, contributing to 5.6 per cent of global carbon dioxide emissions (1.3 gigatonnes) already. Natural disturbances such as wildfires also pose serious threats to the the health of peatlands and the stability of stored carbon.

Canada is endowed with the world’s second-largest area of peatlands, the majority of which are found in the boreal and sub-Arctic regions. Yet human activities, such as forestry, agriculture and resource extraction, and natural disturbances, including increasing temperature and fire frequency, are threatening their health and stability.

For example, winter roads and seismic lines created for resource exploration are extensive across the boreal forest, leading to permafrost disappearance, woodland caribou habitat fragmentation and population decline, and a seven per cent increase in Canada’s annual methane emission from land use change.

In Canada, the boreal peatlands are dominated by bryophytes, a group of small, ancient land plants, whose importance to peatlands is often overlooked. Some of the most important bryophytes, commonly known as “peat moss” or “black dirt,” belong to Sphagnum, the keystone genus of boreal peatlands.

Bryophytes form the ground surfaces of peatlands, produce plant tissues that are difficult to decompose and release chemicals that slow down microbial activities that produce important greenhouse gases including methane and carbon dioxide. Over time, the undecomposed plant material of bryophytes form the bulk of peat.

The restoration of boreal peatland is a relatively new field of practice with the early trials developed for horticultural peatlands in Québec and Ontario in the late 1990s. In Alberta, the restoration of peatland disturbed by oil and gas activities has relied on trial-and-error approaches with variable and limited success.

One of the key issues is the lack of understanding of bryophytes and the misplaced focus on trees. There has been a tendency to introduce trees through planting as a restoration practice and to use the establishment of a tree canopy as a measure of success. But these practices are best suited for upland forested ecosystems.

The approach ignores the fact that boreal peatlands are shaped by the ground-layer bryophytes. Without the keystone bryophytes, important peatland functions will not return.

By studying fossil records of peatland plant fragments, pollens and spores, scientists have been able to reconstruct the development and succession of boreal peatlands over time. Many of Alberta’s peatlands formed through a process called “paludification,” the direct establishment and formation of peat in areas formerly occupied by forest vegetation on mineral soil. The majority of Alberta’s boreal peatlands started to form through paludification around 8,000 years ago.

As the climate became cool and soil moisture increased, Sphagnum mosses slowly expanded into forest areas. Eventually, the growth and expansion of mosses led to the different types of peatlands we now see.

In Alberta, limited field trials have shown that reclaimed industrial sites (for example, a former in-situ oil and gas well pad) can support the development of peatland mosses once appropriate soil conditions are established.

Donor moss material can be collected from nearby winter roads and seismic lines. In all cases, the introduction of donor moss fragments was essential to the success of restoring peatland vegetation.

Successful growth of keystone mosses can ensure the return of critical peatland functions over time. Other plants will develop concurrently from seeds and roots in the donor material. Trees will establish naturally or through planting.

When it comes to peatland restoration, we should switch our focus from trees and canopy closure to promoting the development of a carpet of ground-layer bryophytes. We need to learn to use these small but important plants to our advantage in our fight against climate change.