There are also a lot of ongoing trials looking at cancer DNA vaccines, because DNA vaccines are particularly effective in inducing T cell responses.

January 25, 2022   by Deborah Fuller, Professor of Microbiology, School of Medicine, University of Washington 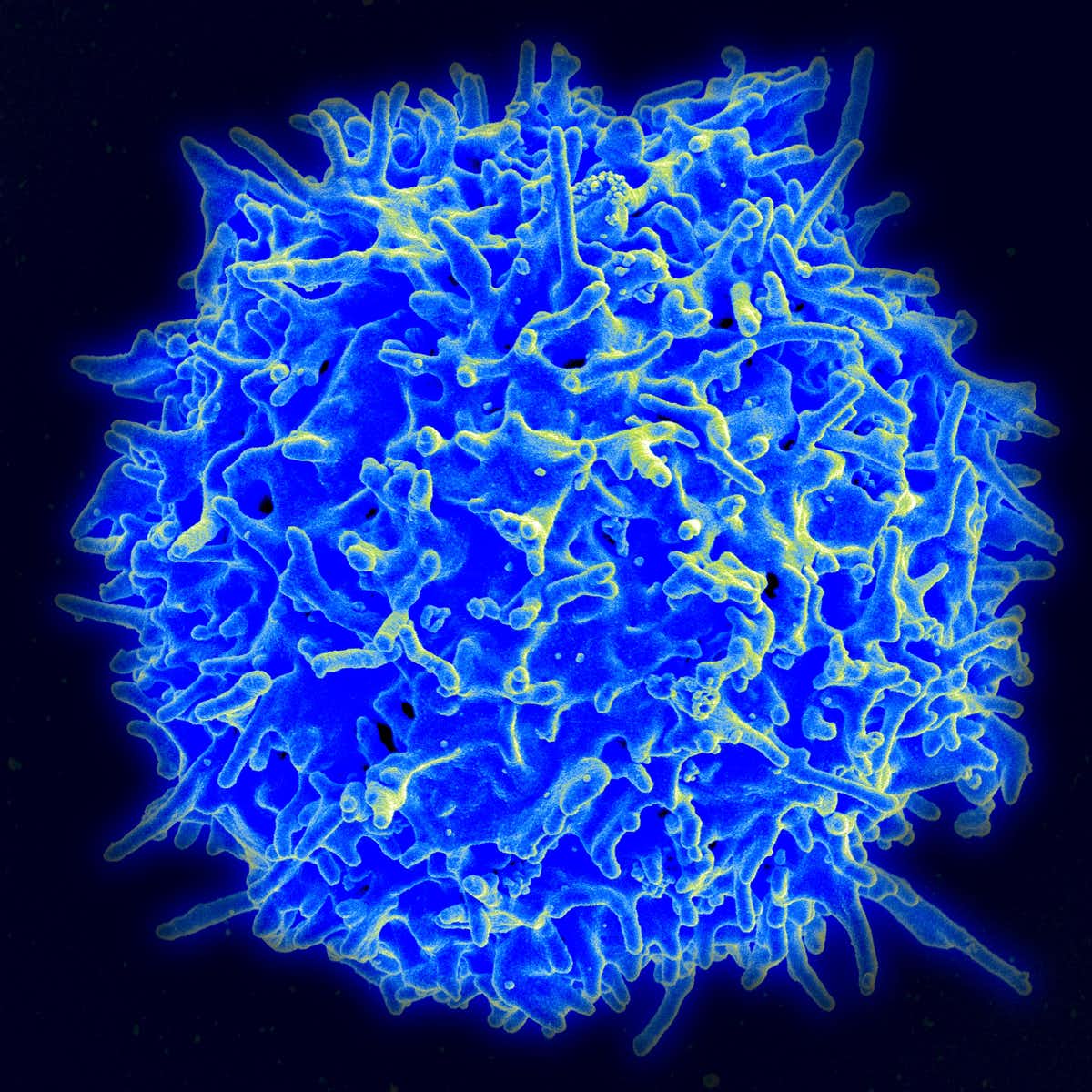 DNA and mRNA vaccines are much better at producing T cells than are normal vaccines. NIAID/NIH via Flickr

The two most successful coronavirus vaccines developed in the U.S. – the Pfizer and Moderna vaccines – are both mRNA vaccines. The idea of using genetic material to produce an immune response has opened up a world of research and potential medical uses far out of reach of traditional vaccines. Deborah Fuller is a microbiologist at the University of Washington who has been studying genetic vaccines for more than 20 years. We spoke to her about the future of mRNA vaccines for The Conversation Weekly podcast.

Below are excerpts from that conversation which have been edited for length and clarity.

How long have gene-based vaccines been in development?

This type of vaccine has been in the works for about 30 years. Nucleic acid vaccines are based on the idea that DNA makes RNA and then RNA makes proteins. For any given protein, once we know the genetic sequence or code, we can design an mRNA or DNA molecule that prompts a person’s cells to start making it.

When we first thought about this idea of putting a genetic code into somebody’s cells, we were studying both DNA and RNA. The mRNA vaccines did not work very well at first. They were unstable and they caused pretty strong immune responses that were not necessarily desirable. For a very long time DNA vaccines took the front seat, and the very first clinical trials were with a DNA vaccine.

But about seven or eight years ago, mRNA vaccines started to take the lead. Researchers solved a lot of the problems – notably the instability – and discovered new technologies to deliver mRNA into cells and ways of modifying the coding sequence to make the vaccines a lot more safe to use in humans.

Once those problems were solved, the technology was really poised to become a revolutionary tool for medicine. This was just when COVID-19 hit.

Most vaccines induce antibody responses. Antibodies are the primary immune mechanism that blocks infections. As we began to study nucleic acid vaccines, we discovered that because these vaccines are expressed within our cells, they were also very effective at inducing a T cell response. This discovery really prompted additional thinking about how researchers could use nucleic acid vaccines not just for infectious diseases, but also for immunotherapy to treat cancers and chronic infectious diseases – like HIV, hepatitis B and herpes – as well as autoimmune disorders and even for gene therapy.

How can a vaccine treat cancers or chronic infectious diseases?

T cell responses are very important for identifying cells infected with chronic diseases and aberrant cancer cells. They also play a big role in eliminating these cells from the body.

When a cell becomes cancerous, it starts producing neoantigens. In normal cases, the immune system detects these neoantigens, recognizes that something’s wrong with the cell and eliminates it. The reason some people get tumors is that their immune system isn’t quite capable of eliminating the tumor cells, so the cells propagate.

With an mRNA or DNA vaccine, the goal is to make your body better able to recognize the very specific neoantigens the cancer cell has produced. If your immune system can recognize and see those better, it will attack the cancer cells and eliminate them from the body.

This same strategy can be applied to the elimination of chronic infections like HIV, hepatitis B and herpes. These viruses infect the human body and stay in the body forever unless the immune system eliminates them. Similar to the way nucleic acid vaccines can train the immune system to eliminate cancer cells, they can be used to train our immune cells to recognize and eliminate chronically infected cells.

What is the status of these vaccines?

Some of the very first clinical trials of nucleic acid vaccines happened in the 1990s and were for cancer, particularly for melanoma.

Today, there are a number of ongoing mRNA clinical trials for the treatment of melanoma, prostate cancer, ovarian cancer, breast cancer, leukemia, glioblastoma and others, and there have been some promising outcomes. Moderna recently announced promising results with its phase 1 trial using mRNA to treat solid tumors and lymphoma

The way to eliminate an autoimmune disorder is to modulate your immune cells to prevent them from attacking your own proteins. In contrast to vaccines, whose goal is to stimulate the immune system to better recognize something, treatment for autoimmune diseases seeks to dampen the immune system so that it stops attacking something it shouldn’t. Recently, researchers created an mRNA vaccine encoding a myelin protein with slightly tweaked genetic instructions to prevent it from stimulating immune responses. Instead of activating normal T cells that increase immune responses, the vaccine caused the body to produce T regulatory cells that specifically suppressed only the T cells that were attacking myelin.

Any other applications of the new vaccine technology?

The last application is actually one of the very first things that researchers thought about using DNA and mRNA vaccines for: gene therapy. Some people are born missing certain genes. The goal with gene therapy is to supply cells with the missing instructions they need to produce an important protein.

A great example of this is cystic fibrosis, a genetic disease caused by mutations in a single gene. Using DNA or an mRNA vaccine, researchers are investigating the feasibility of essentially replacing the missing gene and allowing someone’s body to transiently produce the missing protein. Once the protein is present, the symptoms could disappear, at least temporarily. The mRNA would not persist very long in the human body, nor would it integrate into people’s genomes or change the genome in any way. So additional doses would be needed as the effect wore off.

Research has shown that this concept is feasible, but it still needs some work.