How engineered bacteria could clean up oilsands pollution and mining waste

The estimated cost of reclaiming oilsands mines is almost $31 billion 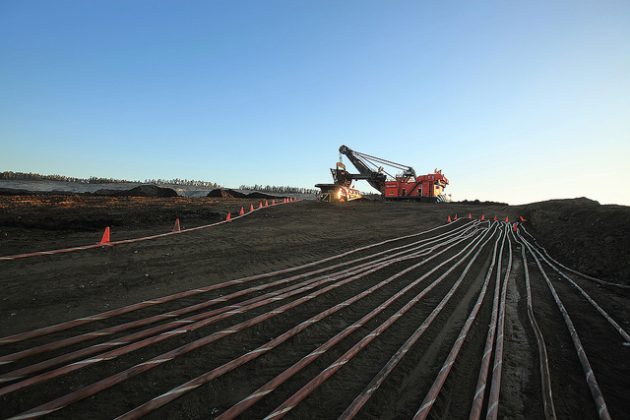 Rampant industrialization has caused our planet to warm at an unprecedented rate. Glaciers are melting away and sea levels are rising. Droughts last longer and are more devastating. Forest fires are more intense. Extreme, once-in-a-generation weather events — such as Category 5 hurricanes — seem to be occurring on an annual basis.

The environment is indeed in grave health and urgent action is desperately needed. But there is genuine optimism that solutions to some of the largest environmental challenges may finally be at hand.

Take, for example, the decades-long problem of oilsands tailings ponds in Canada, the third-largest reserve of crude oil in the world. The recovery of this oil consumes nearly threefold its volume in water and leaves behind a slurry of water, solids and organic contaminants as waste. Oilsands operations are into their seventh decade, and more than a trillion litres of wastewater now resides in tailings ponds.

But a rapidly growing collective of engineers, scientists, activists and entrepreneurs are delivering some of the biggest gains in environmental remediation in recent decades by blurring the lines between physical, biological and digital sciences. We call ourselves synthetic biologists.

I have extensively contributed to research, education, commercialization and regulation of synthetic biology, including as the founder of Metabolik Technologies, an environmental biotechnology venture, that commercialized a first-of-its-kind, low-energy, low-cost and sustainable solution to decontaminate oilsands tailings ponds.

A quick guide to synthetic biology

The underlying premise of synthetic biology is as simple as it is elegant: Nature assembles, dismantles and recycles molecules in the cleanest and most efficient manner imaginable. The unique instructions required to achieve these tasks are found in DNA.

Synthetic biologists investigate natural systems in order to understand these remarkable processes and then use lab-synthesized DNA to reprogram them to perform new tasks or existing tasks more efficiently.

Synthetic biology has been used to improve enzymes, cells and populations of cells for diverse applications such as sensing, breaking down hydrocarbons and other “forever chemicals” such as per- and polyfluoroalkyl substances (PFAS) in soil and water and sequestering carbon dioxide and methane.

Importantly, many of the protagonists and influencers of synthetic biology are the millennials and zoomers who were raised on a steady diet of Saturday morning cartoons.

Once fiction, now a real solution

Genetically engineered bacteria that mopped up oil spills were a staple in Captain Planet and the Planeteers, the animated environmental superhero series that launched in 1990. Whereas two decades ago these concepts were confined to the pages of fiction, they are now a reality owing to advances in molecular biology such as CRISPR genome editing and the advent of fully automated genomic foundries — robotic systems that conduct thousands of experiments a day — for accelerated design-build-test-learn cycles.

Crucially, the successes of synthetic biology in the sphere of environmental remediation have not been one-off demonstrations in academic laboratories. They have been proven in the field at sizeable scales and they have taken large bites out of some of the greatest environmental challenges in the world.

Translating innovations to the field

Tailings ponds contain organic compounds such as naphthenic acid fraction compounds (NAFCs) and polyaromatic hydrocarbons (PAHs) that are harmful to aquatic life and human health and are notoriously difficult to eliminate from water. They are also teeming with microbial life.

These microbes do not merely survive, but thrive in the contaminated water. They sense, ingest and metabolize the toxic compounds in the water, albeit at very slow rates. My team at the University of British Columbia and our colleagues at Allonnia isolated and studied the genomics of these unique creatures and, in collaboration with Ginkgo Bioworks, are now increasing their appetite for and metabolism of the toxic compounds.

After validating the performance of the micro-organisms in the field, the UBC-Allonnia team designed some of the largest treatment systems of their kind to achieve the rates and scales needed to remediate the water within the timeline prescribed in Alberta’s Tailings Management Framework.

We will test our treatment system at the tailings ponds in early 2022 to fine-tune the micro-organisms and the reactors, and assess the risks. Some of these risks include the inefficacy or higher than expected costs of the technology, the potential damage the microbes may cause to the ecosystem and whether regulators and shareholders are comfortable with deploying engineered micro-organisms in the environment.

This small group of synthetic biologists succeeded thanks to the ingenuity of the approach and new models of collaboration. The team also involved oilsands operators, engineering design firms, contract manufacturing companies and regulatory experts who were able to leverage each partner’s strengths to reduce the time, expense and uncertainty of developing a practical solution.

The fun has only just begun

Synthetic biologists are only getting started and have now set their sights on a number of similarly large problems. One, in particular, has significant implications for our electric future.

The manufacture of a single electric vehicle generates 250,000 kilograms of mining waste and 150,000 litres of an extremely toxic liquid called acid rock drainage, a major threat to the environment owing to its potentially devastating effect on rivers, streams and aquatic habitats.

Mining is wasteful and unsustainable, and the industry is in desperate need of effective solutions to treat its large bodies of waste. My new start-up company ArqMetal is developing microbial solutions to do away with tailings ponds entirely. If we and others like us are successful, we will eliminate waste, deliver decarbonization, preserve biodiversity, generate employment and achieve equitable social development. Isn’t this what the architects of the Green New Deal had in mind?