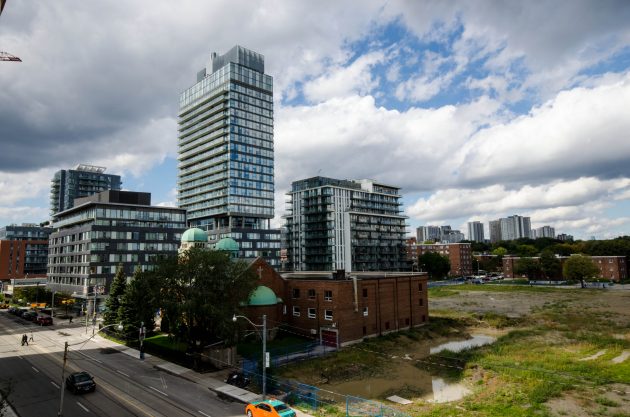 Many people have developed stronger relationships with urban nature during the pandemic. Some have enjoyed views of nearby trees and gardens during periods of isolation, taken walks after Zoom-filled days or socialized at a distance with friends in local parks. As housing has become increasingly unaffordable, some people have taken refuge in parks as places to live.

As society “builds back better” from COVID-19, cities are increasingly aware of the importance of urban nature — particularly their urban forests — and are working to make it accessible to everyone. Montréal has promised $1.8 billion for city parks and some of Vancouver’s Making Streets for People program, which closed streets to traffic and connects green spaces, will likely persist after the pandemic.

The more cities grow, the more urban residents need access to enjoy — and be in relationship with — urban forests to maintain well-being. Yet despite their importance, urban forests are not broadly accessible.

Urban trees and parks are inequitably distributed across many cities around the world. Socio-economically marginalized people tend to have less access to urban forests, and would likely gain health benefits from them.

These inequitable distributions exists in Vancouver and Montréal, for example. Older, more affluent and, to some degree, whiter neighbourhoods often have larger, more mature trees, that overhang buildings, sidewalks and roads.

Cities, increasingly aware of this challenge, are improving access to green spaces for underserved residents via equity-focused plans and policies. For example, Portland Parks and Recreation has partnered with low-income and racialized communities to plant more street trees in low-canopy neighbourhoods. Vancouver Parks and Recreation has mapped tree canopy, park access and recreation demand to identify priority areas for resource investment.

However, cities need to be aware of the risk of green gentrification, which occurs when urban greening initiatives trigger a series of negative impacts commonly associated with gentrification. These can include increases to land or property values, which raise property taxes and make living there less affordable, changes to the character of a neighbourhood or the displacement of low-income, long-term residents, such as in Austin, Texas, and along the New York City High Line.

My lab is studying ways to prevent or control green gentrification, via local and place-based research, and national analyses. Our research to date suggests that urban greening initiatives need to:

These issues go beyond distribution: accessibility and opportunities to experience, enjoy and relate to urban nature are different for different people. Despite the dominant narrative that “green is good,” urban green spaces are not neutral spaces. They reflect the dominant cultures that shaped and continue to control them.

Racialized scholars, such as Georgia Silvera Seamans, have raised awareness of the dangers that racialized populations face in urban forests. Indigenous scholars, such as Deborah McGregor, have highlighted the importance of reciprocal relations among all beings in Creation as the core of Indigenous environmental justice. These realities are not currently part of mainstream urban forest management, but they could and should be.

For example, Mayan gardeners at the Maya in Exile Garden at the UBC Farm celebrate their Indigenous culture by cultivating the Three Sisters: corn, beans and squash. The many plum and cherry trees in Vancouver celebrate the rich Asian heritage of the region.

While cultural groups are not monolithic, research suggests they may have different urban forest preferences and needs. According to one study, populations in Toronto with British ancestry are more likely to appreciate shade trees and naturalized areas than those of Mediterranean heritage, who may prefer food trees and gardens.

Biocultural diversity can also create points of conflict. In Metro Vancouver, local Indigenous and allied land defenders monitor and resist development of the Trans Mountain pipeline, which runs through urban forests across the region. And many urban forests exist on unceded territory where Indigenous stewardship is not acknowledged.

Despite these diverse relationships and responsibilities, most North American urban forests reflect European values, esthetics and biocultural relationships. For example, cultural tree modification or ceremonial crop cultivation remain rare in most urban parks in North America, and land defenders are criminalized for their stewardship work.

While many people and communities are expressing their diverse relationships with nature through their work on the ground every day, these relationships and needs are not yet part of mainstream conversation or widely celebrated in the form and function of urban forests.

These ongoing efforts represent an opportunity for city governments to welcome diverse needs and perspectives into urban forestry practice. Cities and their residents need to open their minds to alternative ways of seeing the world and relating to nature, and encourage forms and uses of urban nature outside the mainstream.

An important initiative that offers the chance for intercultural learning and healing is the National Healing Forests Initiative. This important program provides guidance on creating urban forest spaces as places for healing, learning, sharing and reflection about Canada’s history and the legacy of Indian residential schools. Canadian society must support and participate in these initiatives.

The pandemic has given us an opportunity to rethink how we live together, including how we live with each other and our urban forests. The time to start this conversation is now.