How Canadian agricultural producers can lead the way in climate action 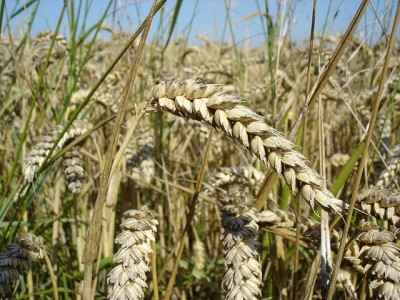 Agriculture has long been framed in the global climate action discussion as a sector whose activities conflict with meeting greenhouse gas (GHG) reduction targets.

However, a strengthening narrative is emerging in mainstream media, emphasizing that Canadian producers have the potential to be climate action leaders by reducing GHG emissions and sinking carbon back into soils as they adopt various best management practices.

Researchers, governments, businesses and producers have known this for some time. So what are the opportunities and challenges in advancing this solution, and why has it not taken off on a large scale in Canada yet?

Investing in and conserving land

Canada is uniquely positioned to lead the advancement of natural climate solutions in agricultural landscapes. Natural climate solutions are actions that use natural systems to mitigate climate change and can be co-beneficial to other environmental and societal goals. These actions seek to protect and enhance natural carbon sinks, such as soils, plants and wetlands and reduce GHG emissions from land use.

The focus of natural climate solutions has primarily been on restoring wetlands, planting native grasslands and especially protecting forests, including Canada’s nine per cent share of global forests. With more than 150 million acres in agricultural land, there are many opportunities to enhance producers’ roles in planning and implementing natural climate solutions.

Integrating an environmental purpose within business models is gaining traction, as we are seeing firms such as Maple Leaf Foods set ambitious carbon neutral targets. They are meeting these targets by achieving efficiencies within their operations and offsetting those that cannot be reduced in-house.

These offsets could be met by purchasing carbon credits, for example, from agricultural producers who verify their progress in GHG reductions and building carbon in their soils. While firms should not be encouraged to realize these targets solely through purchasing offsets, these announcements suggest that there is a rising interest in investing and supporting the exploration of natural climate solutions.

Initiatives are emerging across the country to catalyze this potential and amplify pressure on governments to recognize producers for their climate action efforts, such as improving nitrogen fertilizer use efficiency. While these initiatives are well-intended and many are backed by current research, substantial challenges persist in measuring, verifying and pricing GHG emissions on individual farms.

Funding these activities and establishing a viable and trusted carbon market has also encountered many barriers, particularly concerning uncertainty, permanence and additionality. Additionality emphasizes that to verify a producer’s actions, such as the adoption of cover crops, it must be beyond business-as-usual with proof that it would not have happened without the existence of a carbon market.

According to the most recent National Inventory Report on GHG emissions, Canadian agriculture in 2018 accounted for 8.1 per cent or 59 megatonnes of national GHG emissions, excluding fossil fuel use. During the same year, Canadian croplands also reduced GHG emissions by 6.2 megatonnes, primarily due to carbon dioxide (CO2) removal by mass adoption of no-till and reductions in summer fallow in Western provinces.

However, removal of atmospheric CO2 by these croplands has been declining since 2011, due in part to an increasing switch from perennial to annual crops.

By reviewing the national GHG inventory, it’s evident that Canadian agriculture is also a significant contributor to national nitrous oxide and methane emissions, totalling 76 and 31 per cent respectively.

While there are many opportunities for agricultural producers to reduce their operation’s GHG emissions and increase carbon sinks, the realities of farming and measuring net GHG emissions add a degree of complexity that should not be ignored when encouraging producers to be climate actors.

In some places, including Australia, the United States, Québec and Alberta, producers are compensated for adopting practices that increase carbon sinks and reduce GHG emissions. In each of these places, governance frameworks differ, influencing how on-farm practices are acknowledged and valued as natural climate solutions.

This is partly due to the various stakeholders, including governments, private firms and civil society, that can be involved, the types of practices recognized in each offset system and how carbon credits are regulated and distributed based on legislation, auctions and marketplaces.

Since 2007, the Alberta Emission Offset System has required large industrial operations that emit more than 100,000 tonnes of GHGs to regulate and reduce their emissions. One way they can do this is by paying for emission reductions in the agricultural sector.

In this system, aggregators work with industrial facilities in Alberta to guide the process of purchasing verified carbon offsets from producers that have adopted practices, including conservation cropping, to reduce GHG emissions that are beyond business-as-usual.

In the U.S., options are being explored to compensate producers through voluntary marketplaces established by private firms like Indigo Agriculture, which aims to work directly with producers to gather data, analyze soil samples and verify carbon that has been sequestered. Based on existing soil organic carbon (SOC) levels, producers may be encouraged to adopt practices such as cover cropping or improved nutrient-use efficiency to further increase SOC and reduce on-farm GHG emissions.

Learning from how governments and private firms recognize producers for their climate action efforts is critical to develop effective natural climate solution policies and markets that can encourage Canadian agricultural producers to engage in climate action.

There is no silver bullet for the climate crisis. It requires a mixture of different policies, innovations and actions in various sectors. We must develop governance mechanisms to elevate all Canadian producers’ capacities to contribute to climate action.