Producing asphalt binder from Alberta oilsands will not only reduce the industry’s greenhouse gas emissions by 40 to 60 per cent, but can also extend pavement lifespan by 30 to 50 per cent. 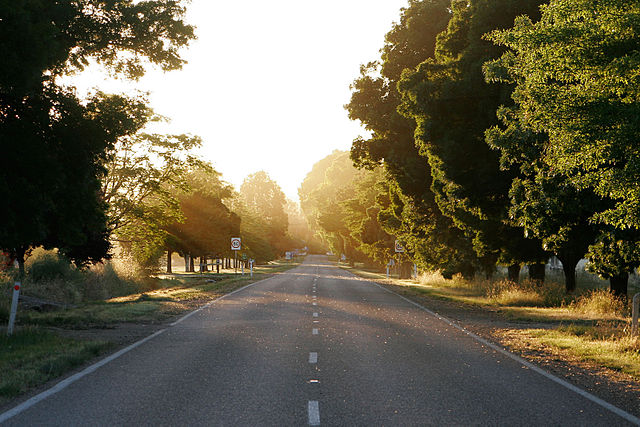 The future seems bleak for Canada’s oilsands. But given the world’s ongoing need for smooth, safe roads, there is hope for the industry. Asphalt binder made from oilsands bitumen is the ideal glue to hold the world’s 40 million kilometres of roads together — and it can be done sustainably, economically and environmentally.

With the global transition to electric vehicles underway, and Canada’s 2021 commitment to reducing greenhouse gas emissions by 40 to 45 per cent below 2005 levels by 2030 to meet its Paris Agreement obligations, Canada will use less fossil fuels, especially from imports and upgraded products, including those from the Alberta oilsands.

About 10 per cent of Canada’s current emissions come from the extraction and upgrading of crude bitumen from the oilsands, roughly 70 million tonnes per year. Globally, about 70 to 80 per cent of greenhouse gas emissions are from burning fuels for electricity, heat and transportation, and from industry.

Our research group has investigated the life-cycle performance of asphalt roads for the past 30 years, providing some remarkable insights on the relative benefits of straight Alberta binder, produced with minimal refining and without upgrading. Producing asphalt binder from Alberta crude bitumen can realistically reduce combustion and life cycle greenhouse gas emissions from the oilsands by anywhere from 40 to 60 per cent.

Alberta bitumen is low in wax, making it highly desirable for the production of asphalt binders. The low wax content means the pavement can be recycled — and recycled again — supporting a true circular economy.

Pavement lifespans are in decline due to heavy traffic, extreme temperatures and the incorrect use of reclaimed materials to rehabilitate and reconstruct old roads. The use of so-called green technologies — inexpensive, recycled engine oil, for example — offers short-term satisfaction at the expense of long-term performance.

Government transportation agencies aren’t incentivized to use stronger binders. Yet pavement cracking can be reduced by as much as 30 to 50 per cent by building roads that maximize the use of straight, unadulterated Alberta binder.

Two binder components influence the lifespan of roads: asphaltenes and waxes. Asphaltenes are large molecules that give the binder cohesive strength (the adhesive’s ability to hold itself together) and adhesive strength (the strength between the adhesive and another material), but prevent it from flowing at cold temperatures. Paraffin waxes are often a natural component of asphalt, occurring in varying amounts depending on the source of the crude used to manufacture the binder.’

The binder is a mixture of solid asphaltenes and waxes in an oily material. When the wax content is high, asphaltenes tend to separate from the oils and pack together more tightly. A high-wax binder is stiffer at cold temperatures, which reduces adhesion and promotes cracking. An optimal binder has minimal wax and has a more-or-less uniform composition.

Construction specifications for asphalt often fail to identify poor performing binders. More than a few substandard binders are currently being used in road construction in Canada. Oilsands crudes have the lowest wax contents of all sources and can produce top-quality binders.

Alberta binders of various grades perform well on their own, without additives, as long as they are used with good pavement designs. However, adding PET (polyethylene terephthalate) fibres from recycled plastic bottles can dramatically reinforce the asphalt.

For example, a 12-year-old test section of asphalt in northern Ontario, constructed with top-quality binder from Alberta, and modified with 0.3 per cent of recycled PET fibre shows virtually no distress today. It is expected to have an ultimate service life of about 38 years; a significant improvement compared to historical 15- to 25-year performance cycles.

Producing asphalt binder from Alberta oilsands will not only reduce the industry’s greenhouse gas emissions by 40 to 60 per cent, but can also extend pavement lifespan by 30 to 50 per cent.

Fuel and asphalt demands are headed in opposite directions

Today, about two per cent to five per cent of crude oil is made into asphalt, and the rest is upgraded to combustible fuels. As government regulations shift to lower greenhouse gas emissions, companies that extract and/or produce crude oil will see lowered demand, and be pushed to create products that don’t need to be refined or won’t be burned. Light and medium crudes cannot meet asphalt binder demand in a net-zero 2050 scenario, making bitumen a strong contender for use as an asphalt binder.

The world has nearly 40 million kilometres of roads, of which 65 per cent are paved. Asphalt-paved roads are safer than unpaved roads, and are more economical for a greater volume of traffic.

Alberta has enough bitumen to supply the global road-building industry for more than 100 years if oilsands companies divert about 50 per cent of each barrel to produce asphalt binder.