How businesses can determine if design thinking is right for them

Design thinking has been adopted by manufacturers, governments, tech companies and health-care organizations to varying degrees of success 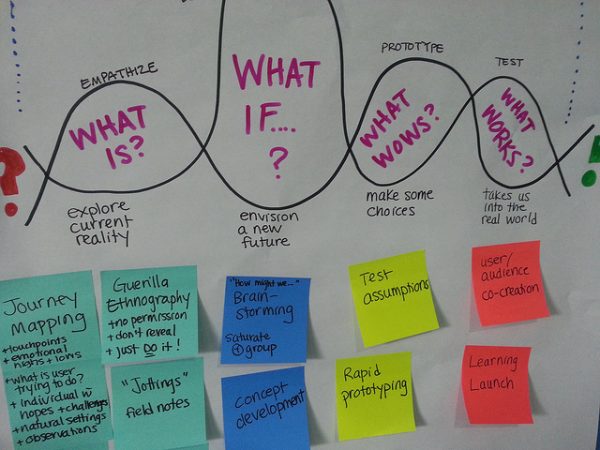 Design thinking has become the recipe du jour for innovation.

For some, it is the route to transformative thinking and revolutionary change.

For others, it looks like chaos, where millennials plaster the walls with sticky notes and play with Nerf toys and Lego. Others see it as a fad that has failed.

Fad or not, design thinking (creative problem-solving) has been adopted by governments, tech companies, consumer goods manufacturers, health-care organizations and many others. For my book, Design Thinking at Work: How Innovative Organizations Are Embracing Design, I interviewed large organizations that have adopted design thinking.

I wanted to understand why they embarked on a design thinking program and what their experience was.

I heard the usual stories about its benefits – how its fluid, iterative approach could bring great insights and find hidden opportunities. But I also heard about real obstacles to making it work.

Organizations adopted design thinking for many reasons, not just innovation. Some programs grew out of previous initiatives that had failed; others came about as a result of senior management’s frustration that the organization was slow and bureaucratic; others to improve contact with customers, to encourage collaboration or to attract and retain talent. Some had all of these goals, and more.

At one large hospital, the design team stood out starkly from the rest of the organization.

Within a culture of scientific professionalism, their casual dress contrasted with the formality of medical staff. Even their use of language was different – for the designers, the word “experiment” meant just giving something a try; for doctors, an experiment was a formal undertaking with placebo controls and fixed protocols.

These differences illustrated a cultural gap, one that could block design teams’ ability to innovate. As the lead designer told me:

“When you turn up at a clinic on a Monday morning to do an experiment, they’re just not going to want you near them, they don’t know why you’re there, they’re not going to really trust you.”

Pressed to show what they could do, design teams went out of their way to reach out to the rest of the organization and build legitimacy.

In many cases, this meant taking on small projects to show what they could do. However, these incremental projects could quickly become overwhelming. Said a design leader in a multinational drug company:

“The innovation team was spending a lot of time herding cats across the organization. Most of the effort was around 1/8organizational 3/8 structure and scope of responsibility, and less about demonstrating what 1/8design thinking 3/8 could potentially offer.”

Some organizations dealt with this by setting up independent labs, located some distance from head office. Yet there was a risk here too – such labs could become isolated from the organization, seen in one large retailer as “crazy cowboys,” rather than transformative innovators.

Some projects could never get started

Many potentially significant innovations had trouble getting off the ground because other parts of the organization were unable or unwilling to implement them.

In some ways, these findings are not surprising. Organizations are not typically set up to tolerate the fundamental questions design thinkers ask. For one Danish government lab, challenging organizational thinking was critical:

“What is the framing? What is the understanding of the problem? From where do we know this? Why do we assume that this apparently simple solution or approach will actually work for someone?”

In a culture where employees are under constant pressure to solve problems and move on, such questions can be seen as distracting or even threatening.

How to make design thinking work

It’s still possible for companies to have a successful design thinking program. They can use design thinking as a vehicle for cultural change and for creative collaboration; for either incremental or disruptive innovation.

But businesses are unlikely to accomplish all of these at once. There are several different ways of implementing design thinking – centralized or distributed, for example – and which direction companies choose depends on their goals.

Is design thinking right for every organization?

If a company’s culture is all about efficiency, it may be a difficult fit. The iterative, messy nature of design thinking can be disruptive to an organization that relies on repeating the same process, time after time.

There are good alternatives, however, to adopting it internally – many consultancies now use design thinking for problem-solving, and many design firms offer excellent innovation services.

Incidentally, the Danish government lab shut down in May 2018. Its founders aspired to disrupt the bureaucracy, but its true impact was hard to measure.

In the end, it was replaced by an initiative focused on digital technology. Its demise was a blow to many, myself included, who believe in design thinking.

It’s not a cure-all for every organization, nor is it a dying fad; in the right conditions, it can bring great value.

But for businesses to make a success of it, they must exercise common sense by being clear about their goals and making realistic choices. This is neither a transformative nor a revolutionary concept. Sadly, such common sense in the business world is not always so common.