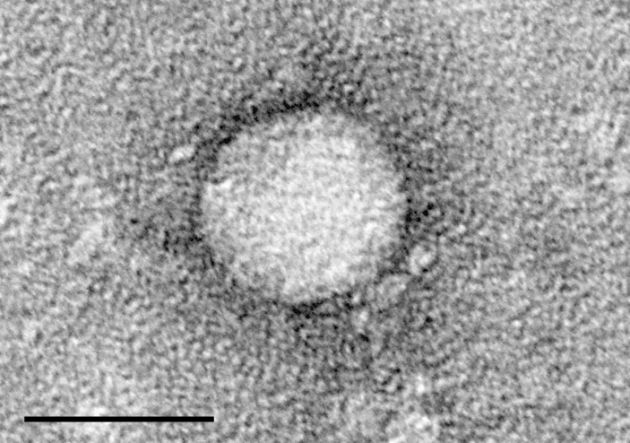 This year, the Nobel Prize in physiology or medicine was awarded to virologists Harvey J. Alter and Charles M. Rice and biochemist Michael Houghton for the discovery of the hepatitis C virus. This recognition is yet a further testimonial of the need for discovery research to address the ravages of viral disease.

Hepatitis C infection led to an estimated 400,000 deaths in 2016. Similar to the SARS-CoV-2 virus that causes COVID-19, hepatitis C is an RNA virus. However, hepatitis C enters the body through the blood stream, where it then attacks the liver to lead to cirrhosis and liver cancer.

There is no vaccine for hepatitis C virus, but the basic science discoveries of the Nobel laureates have contributed to the development of antiviral drugs.

In 1989, Houghton — alongside biochemist Qui-Lim Choo, geneticist Amy Weiner and virologists George Kuo, Lacy Overby and Daniel Bradley — reported the discovery of a new virus they named hepatitis C. At the time, nothing was known about this virus.

So, how did the researchers go about deciphering experimental information to come up with the identification of a new virus? The team infected chimpanzees with serum from a patient diagnosed with hepatitis of unknown cause. The key experimental animal was a chimpanzee named No. 910; DNA and RNA were extracted from its plasma.

To the amazement of Houghton and his team, the serum from a hepatitis patient contained antibodies that recognized proteins made in this way. These antibodies had detected a previously unknown lethal virus. Further experimentation with rigorous controls established that this represented a new RNA virus. A blood test was developed to detect patients infected with this virus they had discovered.

In 1975, Howard Alter discovered a form of lethal hepatitis in some patients who had received blood transfusions. Later, Charles Rice proved that the virus Houghton and his colleagues had discovered was the cause of this form of hepatitis.

The innovations exemplified by these two Nobel Prizes heralds a new direction in discovery research through the talent and resources attracted to biotechnology via venture capital.

Houghton and his team developed a hepatitis C vaccine that is now in pre-clinical testing. He is also at the front lines of addressing the COVID-19 pandemic. His current research — funded by the Canadian Institutes of Health Research — aims to develop a vaccine against the key protein of these viruses that infects humans.

Houghton was recruited to Canada in 2010 in part through the Canada Excellence Research Chair program. Houghton’s 10 years in Edmonton as Director of the Li Ka Shing Applied Virology Institute has already led to the development of drugs for hepatitis C, as well as others that might be used to treat COVID-19.

Until recently, Canadian health research leaders could be funded for their research through the Foundation Grants program of CIHR. Regrettably, this program has now been terminated. This may be jeopardizing our hope for sustained excellence at the highest level to assure that we have the best talent for discovery research.

The recognition to Houghton in Alberta will hopefully embolden efforts to support our trailblazers throughout Canada, as we navigate through the COVID-19 pandemic.