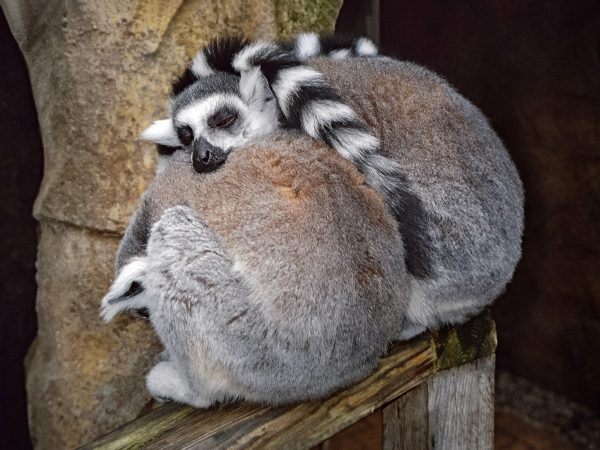 Science fiction is shifting into reality. With humanity’s plans to return to the moon this decade and further ambitions to travel to Mars in the next, we need to figure out how to keep astronauts healthy for these years-long missions. One solution long championed by science fiction is suspended animation, or putting humans in a hibernation-like sleep for the duration of travel time.

We can turn to nature for guidance and a potential solution to this challenge.

It’s cold and dark out there

Space is unforgiving. In this freezing void of darkness there is no oxygen, no gravity and no protection against the constant shower of cosmic radiation. Humans have evolved under a constant gravitational pull — so when you put people into space, strange and dangerous things happen to their bodies.

However, scientists and engineers working with astronauts on the International Space Station have innovated and continue to address these problems. For example, we know that spaceflight leads to loss of muscle and bone density, since our bones and muscles do not need to work against the pull of gravity to move us around.

But we still do not know how to address other space-related medical issues, including immune system alterations, problems with vision and bombardment with hazardous cosmic radiation.

These physiological challenges are combined with the technological difficulties of sending multiple humans on these long missions where they face logistical complications of packing and allocating enough provisions and supplies, as well as social issues of coping with extreme isolation in deep space.

Putting the body on pause

Suspended animation and biostasis may elicit science fiction images of humans in cryosleep pods. If we could put humans in a state of suspended animation by greatly slowing or even fully halting metabolic activity, we could alleviate issues surrounding space travel: time, health concerns, spacecraft size and supply allocation.

But how can we safely ease humans into hibernation and then bring them back when the time is right, without risking muscle and bone wasting, to name a few challenges? These are questions that the United States Department of Defense and other space agencies are actively exploring.

Animals who spend the winter in states of suspended animation — hibernation — don’t experience significant muscle and bone wasting. Their existence and ability to reversibly turn off biological processes seemingly necessary for life may well hold the key to creating the conditions required for the human hibernation strategy that could pave our way to surviving long interstellar voyages to distant stars.

In fact, the use of biostasis has already been proposed for the transport of large numbers of travellers to Mars, where crew members will be sustained with specially formulated total nutrition liquids while they “sleep.”

How do we translate hibernation in animals to hibernation in humans? Recent work has uncovered such an ability in animals that are evolutionarily similar to humans: hibernating primates. What is unique about these primates is that they can enter a state of hibernation when resources are scarce and temperatures become cold, and do so without seriously dropping their body temperature.

One of the driving forces behind this extreme ability is microRNAs — short pieces of RNA that act as molecular gene silencers. MicroRNAs can regulate gene expression without altering the genetic code itself. By studying the microRNA strategy these animals use, we can exploit this genetic on/off switch for rapid, reversible changes that could aid hibernation in humans.

Our work on gray mouse lemurs (Microcebus murinus) shows how microRNAs control which biological processes remain on to protect the animal and which ones are switched off to save energy. Some of these microRNAs were found to combat muscle wasting during hibernation. Other roles seem to involve preventing cell death, slowing down or stopping unnecessary cell growth, and switching fuel stores from quickly consumed sugars to slower-burned fats.

While microRNAs are a promising avenue of research, they are just one piece of the puzzle. Our lab is also looking into other aspects of how primates hibernate, such as how these lemurs protect their cells from stress, control global gene levels and how they store enough energy to survive hibernation.

Our lab also looks at how microRNAs are helping animals survive other extreme environmental stresses including freezing, oxygen-deprivation and hot, dry climates. There is no stress more extreme than the vacuum of space, and we hope our research will contribute to the new RNA-based interventions that are gaining attention and emerging as viable human therapeutics.

Space is within our reach, and studying what’s already on Earth will help get us there.