Most stock exchanges worldwide have jumped on the green bandwagon and undertaken efforts to address environmental issues. 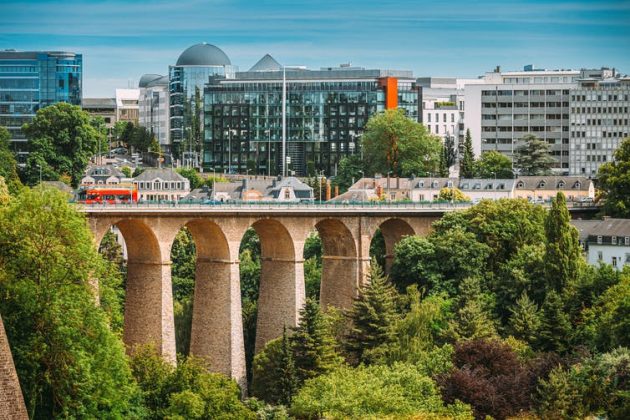 Luxembourg has been a leader in green products. Grisha Bruev/Shutterstock

The 2008 financial crisis had a major impact on the behaviour of global stock exchanges. Exchanges – widely blamed for the crash – suffered a crisis of ethics and investor confidence, forcing them to try to improve their image and their business conduct.

Over the same period, there has been a growing awareness of the importance of sustainability and the role of businesses in acting to protect the environment, culminating in the calls to action surrounding the upcoming UN climate talks known as COP26.

To respond to the challenges facing the financial sector, a number of stock exchanges have adopted new practices and products to make capital markets more environmentally friendly. In a recent analysis, I explore how exchanges have adapted to the new context, and the policies they have implemented to become more green.

I drew on various data sources, including stock exchange websites and sustainability, corporate social responsibility and annual reports. The sample comprises 85 stock exchanges around the world. This article focuses specifically on the measures taken to protect the environment.

Environmental measures taken by stock exchanges can be divided into two categories. The first concerns efforts to directly contribute to protect the environment via internal policies.

These will be familiar to many, including recycling, reducing the use of major resources like water and electricity, promoting electronic rather than paper documentation, acting to lower greenhouse gas emissions, waste management, reducing plastic and food waste, and planting trees and reforesting. Such efforts are usually accompanied by educational programs for employees to raise environmental awareness. More originally, some exchanges have embarked on green building projects: the Canadian Exchange has made sure 78% of its total office footprint is LEED Platinium certified, one of the most widely used green building rating system in the world.

Among the sample of exchanges, 42% have developed sustainability-related indices and 30% have a sustainability bond-listing category mostly related to environment. Most of these are in North America, the Asia-Pacific and Europe and they represent the largest markets in the world.

One of the exchanges that has contributed most to the green securities market is the Luxembourg Stock Exchange, which in 2007 listed the world’s first green bond: the European Investment Bank’s ‘Climate Awareness Bond’. In 2016, the exchange launched the Luxembourg Green Exchange, or LGX, a new platform dedicated exclusively to green securities. LGX is considered the only exchange-operated platform currently dedicated entirely to green, social and sustainable instruments.

While exchanges in developed countries are the pioneers in this environmental transition, my analysis shows that an increasing number of exchanges in emerging markets are also engaging to a green, low-emissions and climate-resilient world.

The Moscow Exchange created two sustainability indices in 2019: the Responsibility and Transparency Index and the Sustainability Vector Index. In the same year, the exchange issued green bonds promoting energy and environmental projects. Also in 2019, Shanghai launched its own green securities indices.

Half of the exchanges in the sample had written guidance on environmental, social and corporate governance, or ESG, reporting. Some of these, including the Malaysia and Johannesburg exchanges, asked listed companies to disclose whether they publish reports that consider ESG issues. Others, like the Nasdaq, provide their users with ESG performance metrics for their listed companies.

Some exchanges promote dialogue between issuers and investors on ESG issues through capital market events. For example, before the pandemic, Borsa Italiana held sustainability events to encourage investor-issuer discussions on ESG issues.

The analysis shows that most stock exchanges worldwide have jumped on the green bandwagon and undertaken efforts to address environmental issues.

But the findings highlight the great disparities among them in terms of initiatives undertaken, which can partly be explained by the voluntary nature of sustainable engagement and the absence of a regulatory framework that could guide the transition (which some argue is necessary).

These disparities can also be explained by the differences in their development. Most of the exchanges that introduced financial environmental tools represent the largest and the most developed markets in the world.

This exploratory study is a first step in analysing the contribution of exchanges to more sustainable finance and it opens the way for further research. We still need to understand whether the measures outlined in this article lead to effective outcomes both within exchanges and in society as a whole.

We also need to explore the contribution of these exchanges to solving other sustainable development challenges, in particular, social issues such as the promotion of gender equality and advancing financial literacy.