Green buildings can boost productivity, well-being and health of workers

Not only do buildings with plants help patients heal faster, but they also energize the doctors, nurses and other staff who work there, and provide esthetic, acoustic and air quality benefits. 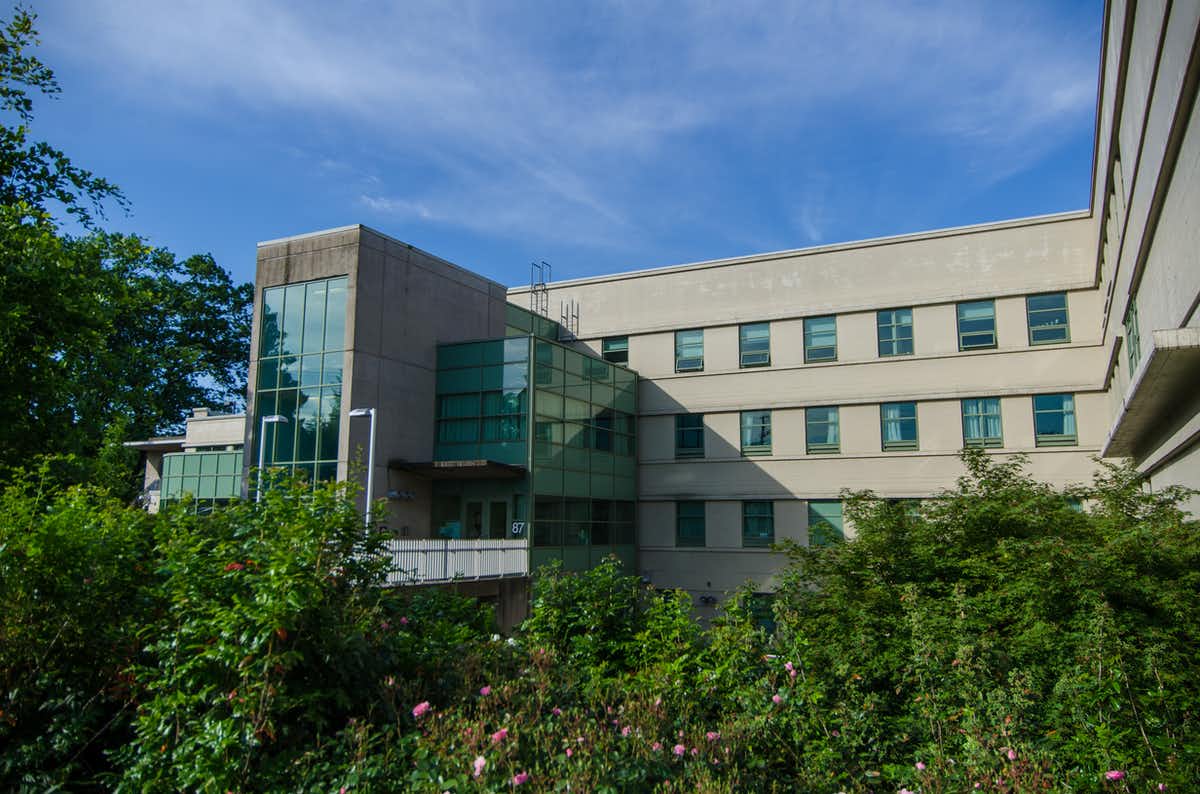 Some studies have found that when patients could see trees, gardens and other nature from their hospital beds, they had faster recovery times and needed less medication. (Jeff Hitchcock/wikimedia), CC BY

Most people now recognize the energy savings benefits of green buildings. These buildings use less water, energy and other natural resources. In some cases, they can increase biodiversity, produce their own energy and reduce the urban heat island effect.

Recent research shows that green buildings can also improve the health and productivity of those who live or work inside them. In some cases, green buildings can have the same benefits as spending time in nature, which can benefit people living in cold climates.

Green buildings cost five to 10 per cent more than a conventional buildings. Some planners might worry about the added design and construction costs of a green building. But detailed analyses show that the small increase in building costs has noticeable benefits on the health and wellness of those working or living inside the building — or nearby.

Buildings with green roofs, green walls, green interior decoration or those surrounded by green infrastructure are all considered to be green buildings. These buildings usually contain algae, grass, herbs, vegetables or other leafy green or micro-green plants on their interior or exterior surfaces.

Covering the roof of an uninsulated building with plants reduces the amount of energy used in heating by up to five per cent in the winter, and the cooling energy by as much as 33 per cent in summer, which saves money. It also reduces daytime indoor temperature fluctuations in the absence of air conditioning.

Cities often have warmer air temperatures than the rural areas around them because their dark surfaces absorb the sun’s rays and radiate the heat. Green buildings can help reduce this urban heat island effect.

Computer modelling has shown that summer temperatures can be reduced by 2 C if seven per cent of an urban rooftop is green. Even in relatively colder cities like Toronto or New York, covering 50 per cent of the roof with plants could reduce the local temperature by about 1 C in the summer.

This dip in temperature comes with numerous benefits. Studies show people working or living in areas with high proportions of green roofs have better mental health, heal more quickly after an illness and are more productive at work.

Indoor air pollution is one of the top five environmental risks to public health, according to the U.S. Environmental Protection Agency. High levels of sulfur dioxide, nitrogen dioxide, PM10 (particulate matter with a diameter of 10 microns or less) and airborne microbes can contribute to serious respiratory illness.

A 20 per cent increase in the surface area of green roofs and walls in downtown Toronto could meaningfully reduce the air levels of nitrogen dioxide, ozone, sulfur dioxide and PM10, and generate a savings of US$190,000 annually in terms of pollution removal.

One study showed that there were fewer mould spores and microbes in a room where houseplants covered one-third of the floor space compared to a room with no house plants. Plants also increase indoor humidity levels in dry climates, reducing the likelihood of dry eyes, itchy or scratchy throat or chapped lips.

A report by the Green Building Council of Australia found that hospitals with green infrastructure, such as an ornamental green wall, plants on every balcony and large trees around the building, reduced average hospital stays by 8.5 per cent, sped up recovery time by 15 per cent, reduced the rate of secondary infections by 11 per cent and lowered the need of pain medication by 22 per cent.

Not only do buildings with plants help patients heal faster, but they also energize the doctors, nurses and other staff who work there, and provide esthetic, acoustic and air quality benefits.

Interior spaces with green walls, vertical gardens or potted plants can reduce noise levels, which helps occupants concentrate on their work. Outdoor permeable surfaces, such as soil, rock wool and vermiculite, and plants on buildings’ roofs and courtyards reduce echos.

Green workplaces meet all the criteria of the “triple bottom line,” summarized as “people, planet and profit.” These improve the health and well-being of people, improve energy efficiency and boost productivity.

Green infrastructure has clear climate benefits too. A study by the Green Building Council of Australia found that by adding green walls, roofs and other low-energy interventions, such as using LED lights, adding more windows to increase the amount of daylight and modifying ventilation systems to recover heat rather than expelling it outside, a green certified building produces 62 per cent fewer greenhouse gas emissions than an average Australian building.