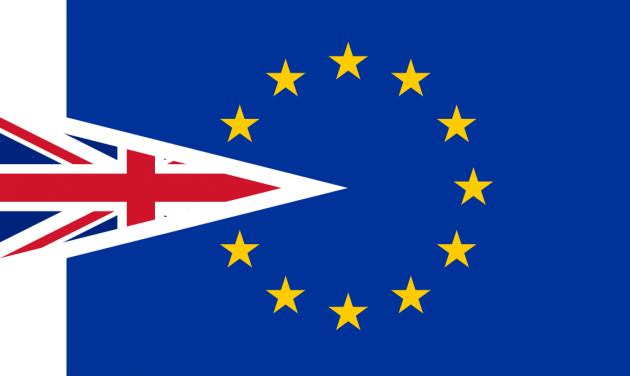 LONDON – Software engineers, entrepreneurs and product managers huddle in small groups, brainstorming ideas and scrawling thoughts onto Post-it Notes on a wall. The project leader exhorts them to “think of products around these themes.”

It’s not a startup but a grassroots band of volunteers from London’s tech industry developing websites to prevent Brexit. They hope to put public pressure on politicians to give people a second vote. While the group is small, their engagement in politics underscores the concerns among businesses and entrepreneurs who stand to suffer from tariffs and border checks.

“I’ve never been a political person before, really,” said German-born venture capitalist Andreas Cser. A longtime London resident, he joined the group, Tech For U.K., after he found Brexit made Britain less welcoming for foreigners and exposed the “incompetence and brazen political hypocrisy” of its political leaders.

Cser, whose firm Automat Ventures invests in companies that use artificial intelligence, helped connect Tech For U.K. to computer scientists. “What I know about is how companies develop tech products,” and how they scale them up, he said.

Since its launch last year, Tech For U.K. has rolled out a dozen mobile-friendly websites. They help users automatically send anti-Brexit messages by postcard or voicemail to their politicians or spotlight the European Union’s benefits to Britain. Volunteers donate their time, and the group also gets limited funding from anti-Brexit campaign group Best For Britain, which vets the digital tools before they go live. The latest, launched on the weekend, lets Facebook and Instagram users add an augmented reality “Stop Brexit” button to photos and videos.

Britain was due to depart the EU on Friday but the process has been delayed after Parliament twice rejected the Brexit deal Prime Minister Theresa May negotiated with the EU. The House of Commons took control late Monday of the stalled process and plans to vote this week on alternatives to May’s deal.

One of the group’s goals is to rally support for a second referendum on Brexit. There’s no majority for that in Parliament, but a big march in London on Saturday to demand one suggests momentum is growing. A retired academic’s online petition went viral last week, receiving more than 5.7 million signatures in favour of revoking Brexit altogether.

With many outcomes to Brexit still open, Tech for U.K.’s aim is to persuade those on the fence about the benefits of EU membership and give people who are opposed to leaving a way to express their views.

“At the end of the day, it’s for those who might change their mind,” said Kiyana Katebi, founder of an IT consultancy.

Katebi helped develop the group’s first site, MyEU.uk , which shows people EU-funded projects in their neighbourhood based on their post code. She said the site had around 100,000 visitors in the first two days after its September launch.

Another site, Finalsay.app , let British residents leave a voice message for their parliamentary representative with their “final say” against Brexit. Hey MP! lets people automatically send postcards to their lawmaker asking for another vote.

It Costs EU reveals the portion of income tax going to the bloc while EU Worth It shows the amount of EU funding British districts receive, to counter claims Brits pay too much to the EU.

Can I Move To Barcelona simply explains how Brits can still move to the Spanish city, or dozens of other EU destinations, under the bloc’s freedom of movement rules – a benefit that likely ends across the British border if Brexit happens.

The group, while small, believes they’ve have had an impact on sentiment, noting that in a recent 10-day period users sent 6,500-7,000 postcards to lawmakers.

“The point is to ask people the question: Do they really want this?” and then show them how Brexit will affect them, said Mike Butcher, Tech For U.K.’s co-founder.

About 200-300 people have joined the group, Butcher said. They work on the projects on evenings and weekends and collaborate remotely.

The group is using technology to counter what they see as misinformation surrounding Britain’s EU membership that may have contributed to the 2016 referendum vote result to leave.

Since the referendum, Brexit opponents have raised concerns about the influence of Russian meddling and the role of social-media advertising using data harvested from Facebook.

“One of the reasons that we lost in 2016 was that (the pro-Brexit camp’s) digital game was far superior to the people fighting to stay in. We’re playing catch-up,” said Eloise Todd, CEO of Best For Britain.

On the other side of the argument, pro-Brexit groups flourish online, with names such as Get Britain Out, Stand Up 4 Brexit and Leavers of Britain using social media to promote their views.

More than 1,100 U.K.-based tech executives signed Tech For U.K.’s open letter last year to May, warning that Brexit risks making it harder to hire tech talent and crimping funding from Europe. But for many volunteers, Brexit’s impact on the country transcends those concerns.

At one of the group’s recent weekly evening meetups, in a tech company’s basement meeting room in Central London, the crowd of about 20 split into three groups.

They ran through ideas and themes. Would Brexit make it harder for European musicians to play at Britain’s Glastonbury music festival? Could they build a site to get people in Ireland to write letters to relatives in Britain? Would microbreweries still be able to get imported hops?

“We just need to think about various members of the public, what might tick their buttons,” startup founder James Tabor told his group. “This is about getting into the minds of the general public.”

James Brooks contributed to this report.