Governments must resist coronavirus lobbying and focus on long-term transformation

There have been reports of intense lobbying at the federal level, particularly by the oil and gas industry 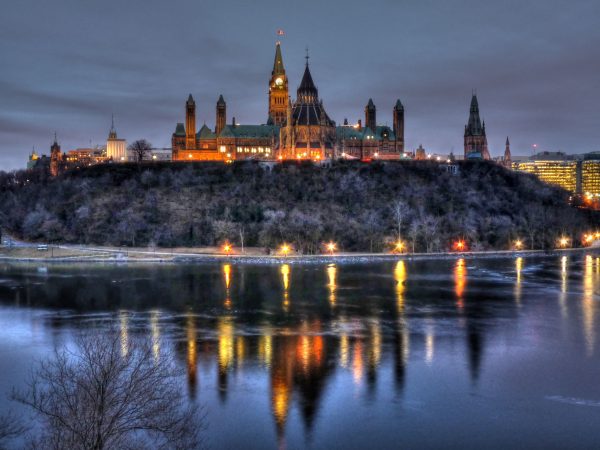 Reports recently emerged that the Ontario government is quietly setting up an online portal where businesses can ask for regulation or rule changes to help them weather the COVID-19 pandemic.

The news seemed to confirm what many observers have suspected has been going on behind the scenes during the COVID-19 crisis — while media and public attention have been overwhelmingly focused on the pandemic, intense backroom lobbying has been taking place on behalf of major economic interests.

There have been reports of similar intense lobbying at the federal level, particularly by the oil and gas industry.

These efforts seem largely focused on restoring the economic status quo. In many cases, like those of the Canadian Association of Petroleum Products (CAPP), the goal seems to be to take the opportunity to convince governments to double down on existing economic strategies, effectively reinforcing the positions of already dominant sectors, stakeholders and corporations.

While, to its credit, the federal government seemed to reject the bulk of CAPP’s proposals for now, governments need to continue respond to this kind of pressure with caution.

Many of the demands being made by various industries have little or nothing to do with the immediate impact of the pandemic or responses to it. At the same time, the COVID-19 crisis has raised major questions about the viability of the economic, business and employment models that those lobbyists are arguing for a return to.

Those most vulnerable have turned out to be critically important in maintaining food supply chains, health-care systems and the physical infrastructure needed for societies to continue to function and respond to the pandemic.

The need for more precautionary approaches when it comes to responding to public health and safety threats has also been highlighted.

Crises not erased by pandemic

Longer-term global challenges, like climate change, the crises of ecological sustainability in the oceans and on land, and growing inequality between the rich and the poor have not disappeared .

Rather, they’re at risk of being exacerbated by governments in their response to the coronavirus.

Global communications networks have played a key role in facilitating responses to COVID-19, and have been central to the functional and social viability of the lockdowns that have been implemented around the world.

However, their potential ability to manage the pandemic over the long term raises serious questions about privacy and government surveillance activities that will extend far beyond the end of the current crisis.

In a situation where it looks as though physical distancing may need to continue for an extended period — certainly until more widespread testing and contact tracing systems are in place, and potentially until effective treatments and vaccines are available — steps need to be taken to restore some basic accountability and oversight structures on governmental activities.

The live and virtual reconvening of Parliament was a good move in the right direction, as was Toronto city council’s first virtual meeting earlier this spring. A similar return by provincial legislatures is long overdue.

Other basic safeguards for transparency and accountability in corporate behaviour and governmental decision-making need to be restored.

Doug Ford’s government in Ontario, for example, has suspended the public notice and comment mechanisms for environmental decisions and approvals under the province’s Environmental Bill of Rights for the duration of the emergency.

There was no evidence to suggest that the provisions were a barrier to the government’s responses to the crisis. If a problem arises, there are mechanisms to deal with emergency situations in relation to specific decisions in the legislation. Instead, there’s now a veil of secrecy behind which all manner of mischief unrelated to the pandemic may occur.

Over the longer term, the pandemic has raised a series of questions that require answers.

Some are sector-specific. The catastrophic situation in care homes, which have emerged as the epicentre of the pandemic in Canada, for example, will require formal inquiries at the federal and provincial levels.

A fundamental rethinking of care models for the most vulnerable members of society must include major revisions to staffing, funding, oversight and inspection practices, and the roles of for-profit operators in the system.

More broadly, the situation has made it clear that steps will have to be taken to provide income and benefit stability and security in increasingly precarious workforces.

In little more than a decade, corporations around the world are seeking a second massive bailout by governments — also known as taxpayers. In exchange, a demand for a system more balanced in favour of the interests of democratic governance, transparency, citizens and and the planet seems reasonable.