Global malnutrition: why cereal grains could provide an answer

Wholegrains provide us with important protein, fat, vitamins, and minerals 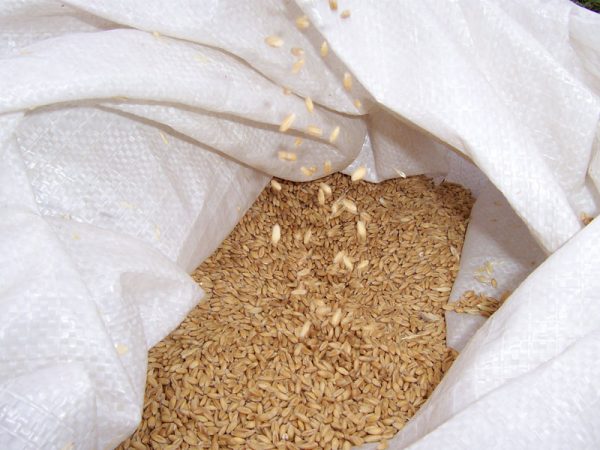 Low-carb diets have become increasingly popular in the UK, US, and Europe in recent years, with no shortage of information being spread online about the harms of carbohydrates for your health. Indeed, some carbs do worsen some digestive disorders in some people, and eating too many definitely can contribute to poorer health and obesity – including diseases such as cancer, diabetes and heart disease.

But for billions of people around the world, staple cereal grains like wheat, maize, barley and rice provide the most accessible form of energy, critical to staving off hunger. These cereals have been major foodstuffs for millennia. And for much of the world’s population, they make up over 50% of people’s diets. Wheat alone contributes 18% of the total dietary calories and 19% of proteins globally.

Yet not all cereals or cereal products are created equal. By changing the way cereals are produced, processed and consumed, it’s possible to harness their benefits to improve diets around the world. These changes could even tackle the problem of micronutrient deficiency (also known as hidden hunger). This affects two billion people, and is caused by lack of quality, not quantity, in their diets. Not having enough essential vitamins and minerals can cause ill-health. It can also stunt the growth and intellectual development of children, and of subsequent generations.

And through so-called ultra-processing, other substances such as sugar, sodium and saturated fats are often added that can be damaging to health. Such foods are made using a series of processes, are energy-dense, high in unhealthy ingredients, and poor sources of protein, dietary fibre and micronutrients. They are made to be attractive and marketed to consumers in such a way as to promote overconsumption.

Wholegrains are also rich in essential dietary fibre, which is known to improve health and well-being thanks to probiotic properties and by boosting the immune system. They also contain so-called bioactives, including carotenoids, flavonoids and polyphenols, which studies have shown these have antioxidant, anticarcinogenic and anti-inflammatory properties. Most of the beneficial effects of eating wholegrain foods on diseases (such as diabetes, heart disease, and most cancers) are attributed to these bioactives.

A key advantage of cereals – and a reason why they’re staple foods in so many regions – is that they can be widely grown. The fact that they can also survive in the hotter and wetter conditions because caused by climate change is another advantage. This alone makes them accessible and affordable to vulnerable populations. For example, in 2017 maize crops covered almost 200 million hectares worldwide. Wheat covered almost 220 million hectares, an area greater than France, Germany, Italy, Spain and the UK combined.

Enriching new cereal varieties with additional vitamins and minerals provides a wide-scale opportunity to improve nutrition without needing to change diets drastically. Scientists are already doing this, and since the 1990s have released more than 60 varieties of maize and wheat with enhanced levels of zinc or vitamin A in developing regions – including south Asia, southern Africa and Latin America.

This has allowed families whose diets are heavily dependent on wheat or maize to improve their nutrition. It has reduced the risk of vitamin A deficiency, which causes as many as 500,000 children to lose their sight every year. It has also prevented zinc deficiency, which can impair immune function. Biofortified cereals and other crops have been released in more than 30 countries and are being tested and grown in more than 40 countries.

Beyond fortifying such staple crops through conventional breeding, grain can be further improved through innovations in genomics. For example, mapping the sequence of plant genes allows researchers to modify the nutrient content of wheat in order to improve the quality. This technique can also be applied to other crops including rice, millet and sorghum. Another important strategy is enriching cereal foods through industrial fortification, where essential micronutrients are added to milled flour.

Food manufacturers and millers can also transform the quality of cereals by improving processing and maintaining more of the original nutrient content of grains. At the same time commercial firms and researchers need to find ways to maintain the cooking, eating and storage qualities of cereal-based foods to retain the micronutrients.

It’s up to scientists, the agri-food sector and policymakers together to produce and promote healthier cereal foods that are more nutritious. Ultimately it’s important for people to realise that choosing wholegrain foods as part of a diverse diet can ensure you’re eating more nutritious carbohydrates.