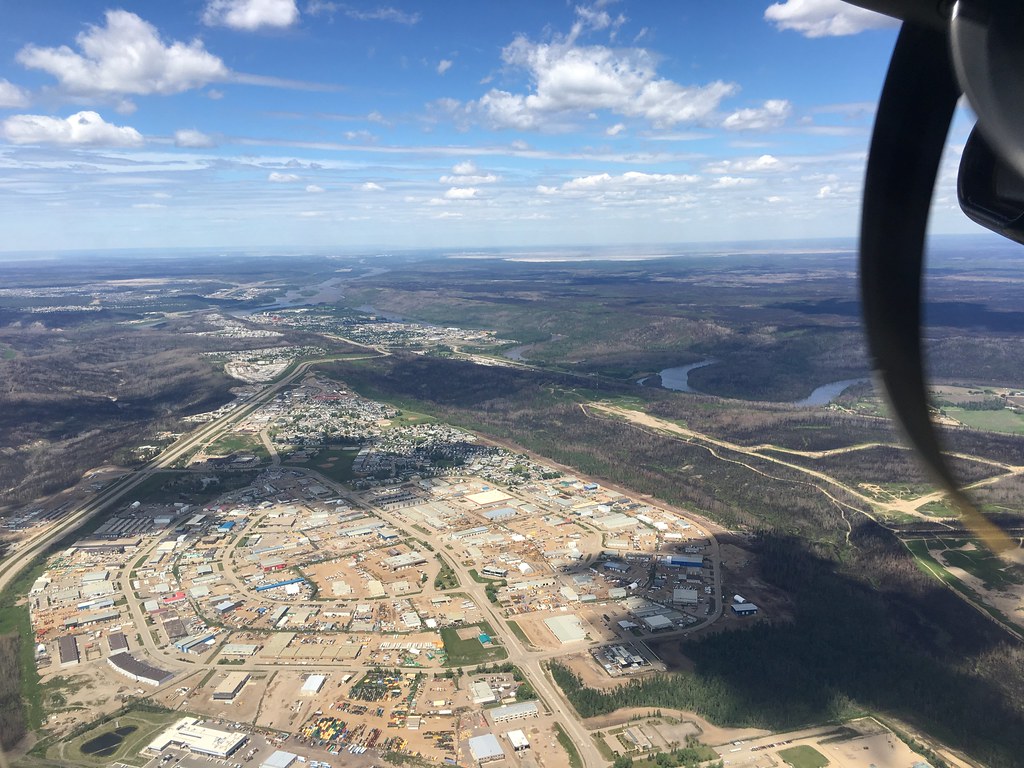 “Floods are ‘acts of God,’ but flood disasters are largely acts of man.”

Geographer Gilbert White wrote these words 75 years ago and yet they seem especially prescient in the wake of flooding in Fort McMurray, Alta., in April, almost four years after the wildfire and flooding that ravaged the northern community in 2016.

Waterways, a neighbourhood in Fort McMurray, lies close to the Clearwater River that runs past the town. It was largely destroyed by the 2016 wildfire and was rebuilt in the floodplain despite the known risk.

When Fort McMurray flooded again in May, about 13,000 people were evacuated and one person died. The estimated cost of this year’s damage is $100 million.

Disaster scholars and emergency managers argue that natural hazards like flooding are inevitable. But disasters are often the result of planning decisions that put people and property in harm’s way.

Building and rebuilding in the floodway

Although little could be done to prevent the ice jam that caused this spring’s flooding, it was the city council that approved the construction of an arena, a long-term care centre for seniors, homes and public infrastructure in the floodway and designated flood hazard areas. As a result, many of the houses and an $80-million condominium complex were not eligible for flood insurance.

After a flood, it is common for observers to blame nature rather than acknowledge the human decisions that contributed to the situation. During the flooding in Fort McMurray, for instance, a former political leader said, “Mother Nature and God are in control.”

Framing the flooding as an act of God wrongly absolves government of its responsibility to limit development in the designated floodway or require extensive flood mitigation and flood-proofing of buildings.

There have been several attempts to prevent building in Alberta’s floodways. After the 2005 floods, the Groeneveld report discouraged developments in flood-prone areas, but these recommendations were ignored throughout Alberta and the report was suppressed by the Alberta government. The draft Flood Mitigation Report (published in 2002) made similar recommendations and was also not released.

After the 2013 floods, a provincial Floodway Development Regulation was developed but never implemented, so municipalities are still able to build in flood-prone areas. Even without regulations, the provincial government could have prevented floodway development in Alberta under the Water Act.

Many recommendations on prevention and nonstructural flood mitigation, such as land-use regulations, updated flood hazard maps and mandatory buyouts or relocation, from the Auditor General of Alberta, Office of the Parliamentary Budget Officer and Canadian flood experts have not been acted on. Meanwhile, disaster assistance costs continue to increase.

Between 1970 and 2014, Alberta received more than $2.3 billion — more than any other province — from the Disaster Financial Assistance Arrangements (DFAA), a federal program that reimburses provinces for a portion of disaster response and recovery costs, for weather-related disasters. It is then not surprising that Alberta has been labelled “ground zero” for catastrophic losses in Canada.

Criticism has been directed at the Alberta government for failing to address flooding vulnerabilities, but critics tend to overlook the complex sociopolitical dynamics on the ground. Municipalities, homeowner associations, lobby groups, the real estate industry, developers and private industry have all pushed back on measures to reduce flood damage, including development regulations, flood risk notification on land titles, making more room for rivers and updating flood risk maps.

Albertans and Canadians will be subsidizing the flooding damage in Fort McMurray via disaster assistance payments, taxes, insurance increases and finances diverted from other services. A few powerful stakeholder groups profit from floodway development, increasing vulnerability and injustice to the rest of society through a “circular liability crisis”: those who are harmed (property owners or renters) by flooding shoulder the costs and are legally unable to receive liability settlements from those who made development in flood-prone areas possible.

This misalignment in risk apportionment does not meet the basic principles of fairness and accountability articulated in Canada’s National Disaster Mitigation Strategy.

To remedy this unfair burden on taxpayers, we need an equal playing field where information on flood risk is widely known and public. Citizens concerned about the growing risks of flooding and climate change could then hold governments and developers to account for decisions that benefit them but cost homeowners.

There are a growing number of class action lawsuits launched by residents against their municipal governments for poor planning and infrastructure negligence which resulted in flooding damage for homeowners, most recently in Laval and Sainte-Marthe-sur-le-Lac in Québec.

To prevent avoidable flooding damage in the future, we need an informed public that understands the true source of flood risk — building in known flood-prone areas.