For more equitable and sustainable fisheries, women must be empowered to lead

Despite these success stories, women in some fishing communities across the world still face substantial barriers like gendered power relations. 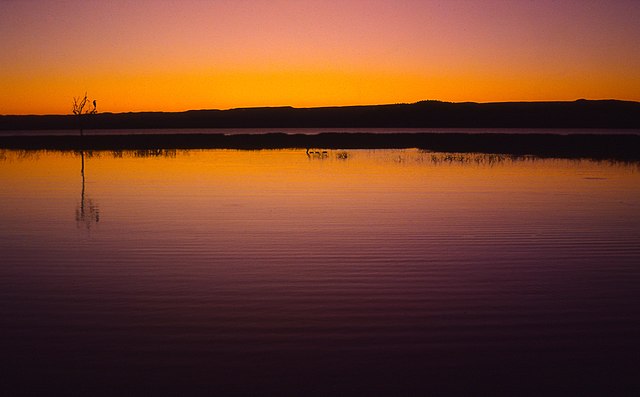 An estimated 45 million women make up 40 per cent of the workforce in small-scale fisheries worldwide. But they are left out of decision-making processes when it comes to the access and use of fisheries and coastal resources.

Fisheries policies, laws and programs have historically ignored women’s presence and contributions in fishing communities, resulting in their marginalization. This has also negatively impacted their livelihoods and widened gender inequalities. However, there are some fishing communities around the world where women do shape decisions. These communities boast of stronger claims to area-based fishing rights, improved economic returns and greater women’s empowerment.

Learning from these gender-inclusive fishing communities can help engage more women in fisheries management and benefit everyone. Ongoing efforts to address the sustainability of small-scale fisheries, such as the UN Food and Agriculture Organization’s Voluntary Guidelines for Securing Sustainable Small-Scale Fisheries, urgently call to identify potential entry points for change.

Women’s roles and responsibilities in fisheries are often different from men’s. For example, women harvest and sell seafood and seaweed in shallow waters, sometimes on foot and using simple gear. They also engage in fish trading and fish processing in large numbers.

These activities support the survival and well-being of the women themselves, their families and local communities. In contrast, men often engage in harvesting activities farther away from the coast and use boats and more sophisticated fishing gear.

Nonetheless, women’s roles and contributions are often not counted in fisheries statistics and their work is considered part of their household duties. Fisheries managers and policymakers tend to assume that all people participating in fisheries are men.

In some regions, social and cultural norms also dictate what women can and cannot do within fisheries. For example, they sometimes face restrictions in accessing fish auctions and markets. Their household duties as spouses, mothers and caregivers also leave them with less time to attend to their work in fisheries.

In our study, we identified the different roles women perform in decision-making, including leadership positions, networking, resource monitoring and even local activism.

Women exert influence within a range of decision-making spaces, including formal laws and regulations. For example, Indigenous Heiltsuk women in the central coast of British Columbia secured their traditional rights to access the local Pacific herring fishery through collective action.

Women also participate in different resource management arrangements where communities collaborate with local governments and other stakeholders like non-profit organizations. In the Galician shellfish fishery, women organized into associations and influenced the administration to take decisive action and avoid the over-exploitation of shellfish.

Informal networks, social gatherings and ceremonies also provide women with opportunities to influence decisions. In Newfoundland and Labrador, volunteer groups provided a voice for women impacted by the cod moratorium in the 1990s.

Some of these roles allow women to actively participate in leadership positions, but not all. For example, in Danajon Bank, Philippines, women often attend meetings out of obligation as community members and have less influence over outcomes.

When given a chance to actively participate in fisheries management, women have achieved many positive outcomes for themselves, their families and communities. In the Brazilian Amazon, women’s active participation in collaboratively managing the Arapaima fishery led to a 77 per cent rise in their income. This is compared to virtually no income earned by women in communities without such an arrangement.

Women also challenge social norms and customary practices that limit their activities in fisheries. Such norms often specify where to fish, how to fish and whether they would need to seek permission the from men in the community. But women like the artisanal fisherwomen in Chile successfully fought for their rights to freely access nearshore resources.

Despite these success stories, women in some fishing communities across the world still face substantial barriers like gendered power relations. In these cases, men hold more power while women are considered subordinates or helpers. This is seen in the small-scale fisheries in the United Kingdom.

Most fisheries legislation does not support women’s activities. Indeed, some legislation — like the rules that ban fishing on foot and the use of certain nets that restrict fisherwomen from harvesting octopus in Madagascar — is gender discriminatory.

Some other legislation like the Mexican and Ghanaian fisheries policies have pledged to address gender issues although they often lack concrete measures.

Women can actively participate in fisheries only when gender issues and inclusivity are given due importance in planning and management processes.

Such processes promote agency and empower women. Women’s representation can be further legitimized through the respect they earn by their ongoing contributions to decision-making.

As we mark this year’s World Oceans Day and the International Year of Artisanal Fisheries and Aquaculture, we must find ways to give the 45 million women in small-scale fisheries a chance to be heard.

We must recognize the informal spaces where women already socialize and network so that we can involve them in decision-making without increasing their existing workloads.

At the same time, we also must pay more attention to the role of men in recognizing and supporting women’s work in fisheries.

Only then can we make progress towards creating equitable and sustainable fisheries.