Charities and non-profits in Canada will finally get a break as the 2022 federal budget implements long-needed regulations to support the charitable sector. 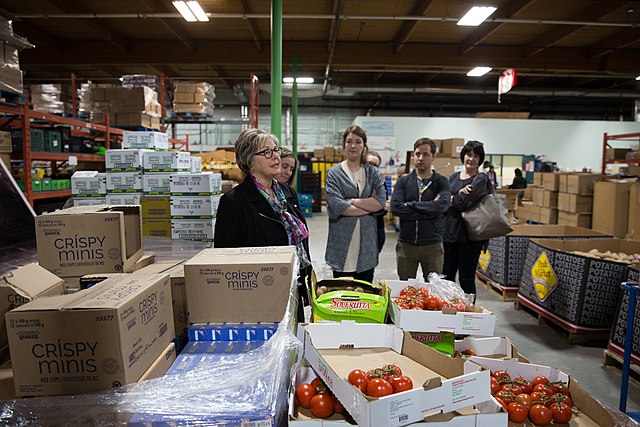 The COVID-19 pandemic has dealt a catastrophic blow to Canada’s charitable and non-profit sector. Representing almost nine per cent of the country’s GDP and employing over two million people, the sector experienced an overwhelming demand for services with fewer staff and even less volunteers to meet increased demand during the pandemic.

Beyond the sector’s substantive economic contribution, it has an extraordinary social impact and commitment to providing unwavering support to every aspect of people’s lives.

Charities were expected to pivot quickly in response to the crisis. Coupled with profound capacity challenges, this translated into staff feeling overworked, leading to burnout and other mental health problems.

More than half of charities also experienced declines in revenues, leading to depletions of their operating budgets for two reasons. On one hand, significant revenue losses are attributed to cancellations of numerous in-person fundraising campaigns and a delay in shifting to online fundraising, as it required different skills.

On the other hand, as people grappled with job losses and limited financial resources, charitable donations — one of the key sources of revenue streams for charities — also declined.

While charity financial data is slowly becoming available to confirm the impact of COVID-19 on the sector, community evidence suggests that a handful of charities ceased operations, especially those in the areas of sports and recreation, arts and culture, and religion.

Support for charities was temporary

The government also offered charities serving vulnerable populations assistance via the Emergency Community Support Fund worth $350 million. This funding was distributed in the summer and fall of 2020 by three national partners — United Way Centraide Canada, Community Foundations Canada and Canadian Red Cross — according to eligibility criteria.

In January, the federal government announced an additional one-time $400 million investment as part of the Community Services Recovery Fund. This fund will be distributed through the same three national funders.

While this kind of support is welcome, it is partial and only available for charities registered with the Canada Revenue Agency, which excludes many non-profits.

After a two-year struggle to remain afloat, charities and non-profits continue to endure financial and capacity challenges, leaving their daily existence in question.

Charities and non-profits in Canada will finally get a break as the 2022 federal budget implements long-needed regulations to support the charitable sector. Two new amendments will take effect.

As part of the first amendment, charity funders with investment assets exceeding $1 million will be required to increase their annual funding to five per cent from 3.5 per cent. Taking effect on Jan. 1, 2023, this rate increase will translate into an additional $2.5 billion in annual funding.

Foundations with investment assets below $1 million and above $25,000 will continue to grant at 3.5 per cent, with the rest remaining fully exempt from granting obligations.

While the proposed regulatory change to granting foundations is framed as a response to the pandemic, researchers have long asked the federal government to adopt a scale-based payment policy specifically for the outlined reasons.

The benefit of regulating charitable funders in this way is twofold. First, significant funds will be channelled back to the charitable sector, allowing it to recover financially and rebuild its capacity. Second, a scale-based payment policy like this considers the ability-to-pay principle, which helps maintain a financially healthy charity sector.

Crucially, the second amendment will allow granting foundations to provide funding to organizations outside of those registered with the Canada Revenue Agency. This means that other non-profit organizations will become eligible for financial support, as long as certain accountability requirements are met.

A new home for charities

While the details of the two amendments are still being confirmed, these policy changes are encouraging steps forward for the charitable sector.

However, to ensure its long-term health, the Advisory Committee on the Charitable Sector, which represents voices of community leaders, non-profit sector stakeholders and researchers, is calling on the federal government to create a “home” in the government for charities.

Like Agriculture Canada for farmers, or Canadian Heritage for artists, this home will create and support programs relevant to charities and non-profits. It will also communicate on behalf of these organizations with other government departments. It is needed because charities are crucial for our society. We need to continue to support this vital part of Canada’s social fabric for everyone’s well-being and for overcoming future crises.