More and more, we are realizing that the problems with Alzheimer’s may not involve amyloid either directly or solely. 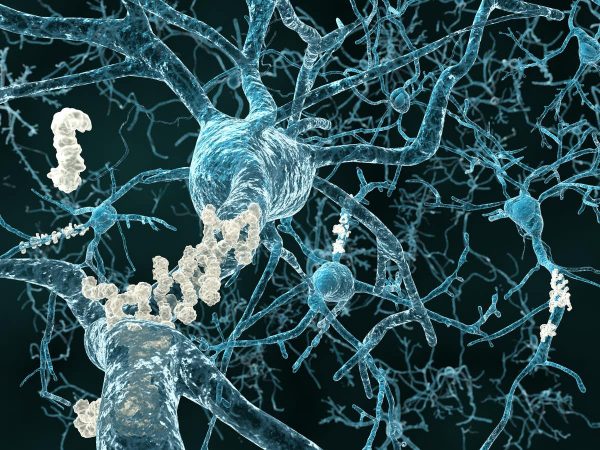 The U.S. Food and Drug Administration (FDA) recently approved aducanumab, the first treatment that aims to slow the progression of Alzheimer’s disease. But approval of the drug has provoked mixed reactions from the scientific community.

Alzheimer’s disease is characterized by progressive memory loss, spatial disorientation and many other cognitive and behavioural disorders that ultimately lead to a state of total dependence.

As researchers who study Alzheimer’s biomarkers — objective biological measures used to identify the disease, measure its progression and determine the effectiveness of treatments — we’re very interested in the discovery of new treatments for this disease.

Aducanumab, which will be marketed under the name Aduhelm, was jointly developed by Biogen and Eisai. It is a monoclonal antibody administered by injection that binds to brain aggregates of amyloid and allows our bodies to dispose of them. The treatment is based on the idea that amyloid, a small protein that accumulates in the brains of people with Alzheimer’s disease, is at the origin of a cascade of events that leads to the disease.

The FDA approval is based on two 18-month clinical trials that were conducted with aducanumab. One showed a slowing of the progression of cognitive impairment by about 22 per cent in people who received the high-dose treatment. The other showed no difference between those who were given aducanumab and those given the placebo.

Typically, regulatory authorities require two Phase 3 trials with positive results to approve a drug. Biogen and Eisai terminated both trials after an independent panel of experts concluded that based on preliminary results, aducanumab was unlikely to be effective in slowing the cognitive decline of the disease despite showing some effectiveness in reducing brain amyloid levels.

In addition, aducanumab has been associated with cerebral edema in 40 per cent of those treated. Edema is a fluid mass that produces pressure in the skull and requires medical monitoring or surgery.

After further review of the results from the two clinical trials, Biogen and Eisai announced in October 2019 that aducanumab administered in high doses showed efficacy on cognitive symptoms in patients with early Alzheimer’s. This way of analyzing the results was strongly criticized by the scientific community, including some of the investigators who had participated in the clinical trials.

Amyloid may have little influence

The amyloid cascade, the idea behind how aducanumab works, is the subject of great controversy in the scientific community. This hypothesis has dominated for nearly 30 years and guided the search for treatments that aim to remove amyloid from the brain. Yet every clinical trial using this approach has failed, representing dozens of products and hundreds of billions of dollars in investment.

More and more, we are realizing that the problems with Alzheimer’s may not involve amyloid either directly or solely. For example, a person who is genetically predisposed to accumulate amyloid may develop Alzheimer’s earlier, but may not progress more rapidly than a person who is not predisposed. This means that amyloid may have little influence on disease progression.

Even advocates of the amyloid hypothesis have become more measured about its possible influence, proposing that it may only have an indirect impact on brain dysfunction in Alzheimer’s disease. This would occur through a process of brain inflammation, which is one of the possible causes of neuronal death in this disease.

In short, while the amyloid hypothesis has faltered, the approval of aducanumab, which is based primarily on this theory, suggests that the theory may once again dominate research, and could reduce the chances of finding more promising treatments. For example, tau protein, which also accumulates in the brains of Alzheimer’s patients — long before the amyloid protein does — has been shown to be closely associated with the cognitive impairment resulting from the disease.

So how can one explain the FDA’s decision, which runs contrary to the recommendation of its own expert panel and is based on evidence that shows that amyloid only makes a small contribution to the progression of the disease?

Aducanumab reduced the amount of amyloid accumulated in the brain by nearly two-thirds in treated individuals. While this is a dramatic result, their symptoms persisted, meaning that amyloid is not a good biomarker of the disease.

The discovery and validation of reliable biomarkers to detect diseases and assess the efficacy of treatments only comes about after a long and rigorous process. The use of amyloid has never really gone through this process, yet the FDA approved a treatment based on this. Bypassing this process sets a risky precedent.

No curative treatment targeting Alzheimer’s symptoms has emerged since the first treatments came to market in 1997. Aducanumab is the first approved treatment aimed at slowing the progression of the disease. The surprise and excitement generated by the first success in a journey that has included hundreds of failed clinical trials may explain why the FDA granted the drug conditional approval.

The approval also satisfies the financial interests of Biogen, Eisai and its investors. The most modest estimates put annual revenues from the sale of aducanumab at more than US$50 billion. Expectation of new revenue for Eisai and Biogen pushed the stock values of these companies up by 75 per cent and 40 per cent respectively the day the announcement was made.

New evidence collected after the launch of aducanumab will be critical to the future of the amyloid hypothesis and our understanding of Alzheimer’s disease. With such a complex disease, it is likely that we will need to develop multiple approaches to stop its progression, much like triple therapy for HIV/AIDS. That’s why we must not interrupt research on biomarkers and new therapeutic approaches.