The province's latest hydro bill cuts offered residents a reprieve, but a group of smaller Ontario manufacturers say they've been left behind 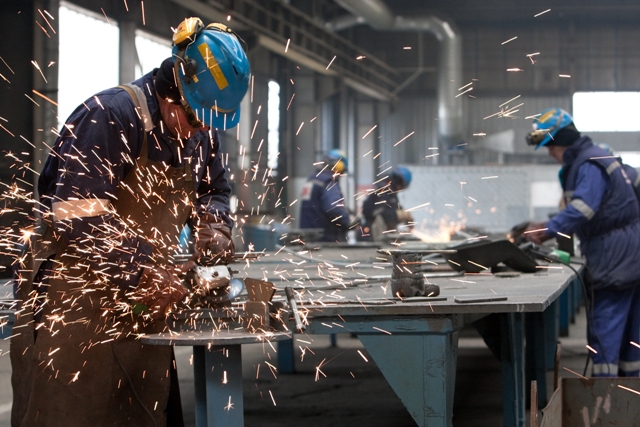 TORONTO—Thousands of businesses in Ontario that don’t qualify for a 17-per-cent cut to their electricity bills are like the forgotten middle child, a manufacturing group said April 11.

The Liberal government’s announcement last month applies to residential electricity customers and about half a million small businesses and farms on time-of-use pricing. The Industrial Conservation Initiative program for large manufacturers and businesses was also expanded so that more industrial customers would qualify.

But there are thousands of Ontario businesses that are too big for one program and too small for the other, and the government estimates they will only see about two to four per cent off their bills.

“We feel that a lot of manufacturers are the middle child that are completely left out,” she said. “They saw almost nothing in the recent announcements.”

There are currently about 50,000 consumers in that middle group—including industrial, commercial and municipal facilities. The government doesn’t yet know how many of those consumers will qualify for the expanded industrial program, but Energy Minister Glenn Thibeault said it would be “thousands.”

Related: Take an in-depth look at the changes to the ICI program and see what businesses qualifyMark Josephs, the president and CEO of Kisko Freezies, said his company doesn’t qualify for the expanded industrial program—the government disagrees—and that two to four per cent off their hydro bill will not be of much assistance.

“As a business I feel like we are fighting a battle not only against all our competitors, but really against the government itself and, obviously, it’s a battle that we can’t win as a business,” he said.

The two to four per cent comes from the government shifting some programs to support low-income and rural residents off of ratepayers’ bills and onto the tax base.

Kisko paid about $277,000 last year for hydro, Josephs said, about $100,000 more than two years earlier, even though he said consumption didn’t change that much. In 2015 the actual electricity usage made up 20 per cent of what the company was paying, and last year that was down to 12.5 per cent, he said. Most of the rest went to the global adjustment.

The 17 per cent that is set to come off residential and small business bills this summer comes from part of the global adjustment. Part of it will come off bills for the next 10 years, but will also be deferred to future ratepayers, racking up an estimated $25 billion in interest on that debt.

But the global adjustment on medium and larger businesses’ bills stays the same.

Thibeault said he’s well aware of the concerns of the “stuck-in-the-middle” companies.

“The two to four per cent, while I know that’s modest, there are the Save on Energy (conservation) programs that they can use as well and we’re encouraging that,” Thibeault said. “But we’re going to continue to meet with them and talk with them to make sure that if there are other things we can do we’ll look at that.”

Shalini Sheth, a director of operations at a producer of East Indian snacks and sweets, said the company’s monthly electricity bill is around $13,000 and their products retail for about $1.99.

“The margins are not there,” she said. “Any time you get any additional cost it really is straight to the bottom line.”

“The patchwork quilt of programs that we now have in Ontario that the government has set up has too many hydro users falling through the cracks,” he said.

“We need jobs in Ontario,” he said. “Having a healthy manufacturing sector is critical to the economic health of Ontario.”