Leader of the federal Conservative party, Erin O’Toole, sat down to discuss the dangerous infrastructure bill south of the border, supply chain issues and automotive manufacturing. 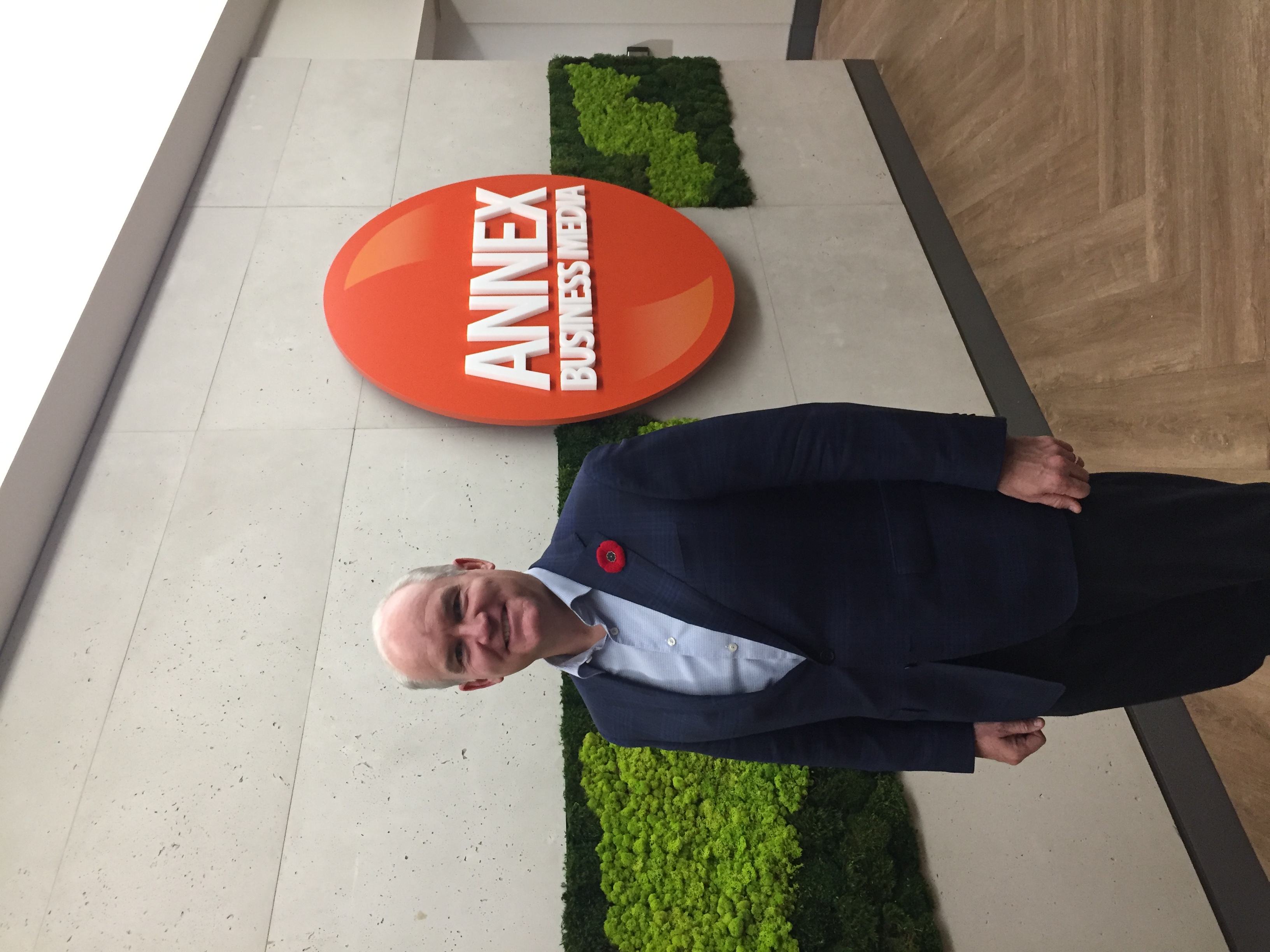 Leader of the federal Conservative party, Erin O’Toole, sat down with Canadian Manufacturing ahead of parliament reconvening on Nov. 22 to discuss the dangerous infrastructure bill south of the border, what our federal government should be doing in trade talks this week, and how to address supply chain challenges across automotive manufacturing.

Erin O’Toole: I’m deeply concerned. Canada-U.S. relations have never been at such a lower point in my life. The integrated North American trade economy is something we’ve relied upon for our economic prosperity. And even going back to the Obama administration, unfair tariffs, renegotiating NAFTA to our detriment, and an absence of a shared strategy on China with respect to trade has resulted in us having a poor relationship with the U.S. We’ve lost that special relationship that we’ve traditionally had with the U.S. The subsidy for electric vehicles made in the U.S. you mention violates trade law, and violates the spirit of the auto-pact that we’ve had since the 1960’s. We need to reset Canada-U.S. relations.

“Our energy supply and our resources should give us a preferred access point to see the creation of a Canada-U.S. manufacturing zone.”

CM: A number of automotive plants have announced a reduction in production. For example, Stellantis announced cutting a shift at their plant in Windsor, Ont., the automotive sector is certainly ailing, how should we be addressing this from a domestic perspective?

Erin O’Toole: I spoke with Stellantis today actually. The chip shortage we’re seeing is causing ripple effects across Canadian automotive manufacturing. The vehicles we’re manufacturing here aren’t as high-value, so the semiconductors are going to the U.S. or other markets first. What we should be doing is integrating our supply chain resilience alongside American efforts and we’re nowhere to be seen on that. A lot of our competitors, like the U.K., Australia, the U.S., are enacting serious supply chain resilience programs. I’d like to see Prime Minister Trudeau finally stand up and make the case for Canada with President Biden. State dinners, tweets and nice words get us zero. Our manufacturers here have the added burden of high energy costs, a carbon tax, and our pace of development right now is going at a glacial pace. The global competition for EV manufacturing is ferocious and Canada is far too timid under Mr. Trudeau.

CM: What’s the plan for addressing the labour shortage plaguing the manufacturing industry? The federal government has announced a renewed focus on cleantech innovations and electric vehicles, and in creating jobs in those areas, I’m wondering what your thoughts are on this and the focus on electrification?

Erin O’Toole: We put forward a very smart plan to reduce our emissions to prepare and build out some of the infrastructure that we’ll need to adopt more EVs. That’s where government’s role is, in building that infrastructure. Right now, we see the Trudeau government setting an agenda that is just not achievable. What we should do, is make sure Canada maintains its competitive advantages in manufacturing by building out the infrastructure for more EV’s on the road. Instead of providing a subsidy to rich people to buy EVs, and helping people that are already well off with a tax subsidy, we need to have a reasonable transition to more EVs. I’d love to see an ‘Auto-pact 2.0’ to support the EV revolution and Canada show global leadership in rare earth materials and battery production, because we have the materials, we have the supply, and we should have the Americans rely on us as the supplier for both these materials and energy.

Erin O’Toole: Here’s where Mr. Trudeau has completely dropped the ball. Historically, Canada and the U.S. have been critical trade allies, friends and neighbours. We’ve had agreements with the U.S. in the past that didn’t include Mexico, that were pre-China. A few years ago, I asked Minister of Finance Chrystia Freeland, to leverage our security partnership to have strategic commodity sharing on materials like rare earths, as we need to make sure that the U.S. knows that their only partner in the entire world, on homeland security, on trade and on supply chain resilience is Canada. And our energy supply and our resources should give us a preferred access point to see a Canada-U.S. manufacturing zone. The great lakes basin is the historic home of the automotive industry, it’s not just Flint, Michigan. It’s my community of Oshawa, Ont. It’s Windsor, it’s St. Catherine’s. We have the ability compete with the world through the great lakes basin, but we have to stand up in a joint way against the unfair trade practices of China. We have to make sure the Americans view us as an equal and as a peer.

CM: As the supply chain troubles evolve and inflation grows worse, is there concern that the tax credit for U.S.-made cars may grow into other types of tax credits or provisions for other sectors such as aerospace or steel too that will affect Canadians even more? How realistic is it that these provisions grow if there’s no pressure from our Federal government?

Erin O’Toole: It’s realistic. Right now, Mr. Trudeau has made us irrelevant on the world stage. Over the last few years, steel, aluminum, dairy and softwood lumber tariffs have all increased. This new tax subsidy for electric vehicles is in direct violation of trade deals with us. We have to stand up for our interests, and remind Americans that the shared prosperity that came from NAFTA, and the automotive pact and we should be working with them to counterbalance China’s unfair trade practices. Even our closest allies, the U.K. and Australia are having new agreements without Canada. We have to assert our national interests better and also make sure the Americans realize that our national interests and theirs are aligned. We have to get back to that preferred relationship that I see being frittered away.

The full-length interview can be viewed here: