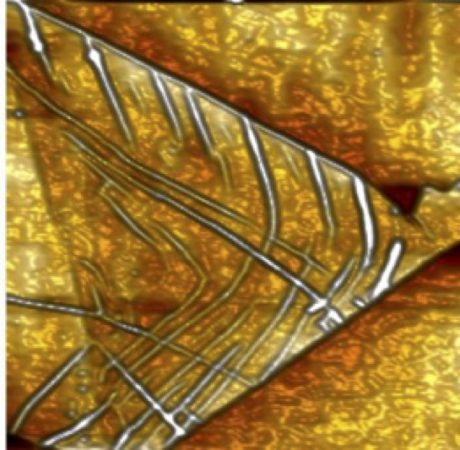 The base of the 2D-material with the white lines showing the structural kinks which modify the electrical properties mechanically. Source: University of Sussex

The tiniest microchips yet can be made from graphene and other 2D-materials, using a form of ‘nano-origami’, physicists at the University of Sussex have found. This is the first time any researchers have done this, and it is covered in a paper published in the ACS Nano journal.

By creating kinks in the structure of graphene, researchers at the University of Sussex have made the nanomaterial behave like a transistor, and have shown that when a strip of graphene is crinkled in this way, it can behave like a microchip, which is around 100 times smaller than conventional microchips.

Prof Alan Dalton in the School of Mathematical and Physical Sciences at the University of Sussex, said:

“We’re mechanically creating kinks in a layer of graphene. It’s a bit like nano-origami.
Read more on EP&T, one of Canadian Manufacturing‘s sister publications.