Engineering, IT and healthcare degrees have best career odds: study

The latest study from online job site Workopolis shows which degrees most often yield careers in a related discipline, and which offer the best starting salary 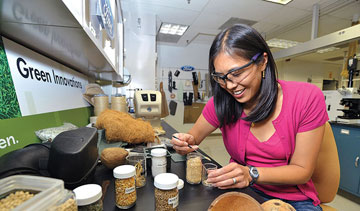 TORONTO—If you want to improve your odds of getting a high-paying job after finishing your education, forget that English degree.

A new report by Workopolis suggests that nursing and pharmacy students are most likely to land careers in their field after graduation.

The study, which analyzed more than seven million resumes on the job search website, found that 97 per cent of those who studied nursing, whether it was at the bachelor, masters or PhD level, are working in jobs related to their education.

Other degrees that showed the highest return included pharmacy (94 per cent); computer science (91 per cent); engineering (90 per cent) and human resources (88 per cent).

Although health care jobs may be the most plentiful, the study also looked at data from Statistics Canada and found that engineering careers were the highest-paying.

Tara Talbot, vice-president of human resources at Workopolis, says students need to follow their passions but should also be aware that their choice of study could affect how easy or difficult it will be to get a job.

“It’s an awareness,” Talbot says. “You want people to follow their passion, dig into something that energizes them. But I think they need to have a good sense of where that could lead.”

She says that it’s no wonder the jobs in highest demand are skilled positions in the health industry, given the age of the baby boom generation.

“With engineering, math and the financial field, those degrees tend to have a much more direct link to a career path.”

But Talbot adds that it’s also important to keep in mind that along with hard skills—like a specific degree or ability to operate certain programs and equipment—employers also value graduates with “soft skills” such as communication, teamwork and problem solving abilities.

“What I believe is that employers may not look just for someone with a degree in engineering,” said Talbot. “They look for people who have critical thinking skills, communicate well, and can problem solve. Often you get those through an education system… but also through experience.”

Meanwhile, the study also suggests that Canadians are more educated now than they were in 2000, even though the majority say their degrees are not relevant to their current jobs.

Despite spending longer in school, 73 per cent of those who recently answered a poll on the job site say their degrees are not related to their jobs. While more than half (56 per cent) believe they’re overeducated for their position.

More than 3,600 people participated in the poll, which was up on the job site from May 15 to June 2.

The polling industry’s professional body, the Marketing Research and Intelligence Association, says online surveys cannot be assigned a margin of error as they are not a random sample and therefore are not necessarily representative of the whole population.`


Related Stories
Grads with math or science education find better-paying jobs: study
70 per cent of Ontarians support the creation of three-year degrees at colleges: poll
‘There’s no jobs’: Engineering grads having trouble finding career jobs
As many as 40 per cent of recent university grads overqualified for their jobs: study