From enemy to edible: The business of invasive species

American Heartland Fish Products is the latest to venture into carp-rendering, testing whether business can turn invasive species into food 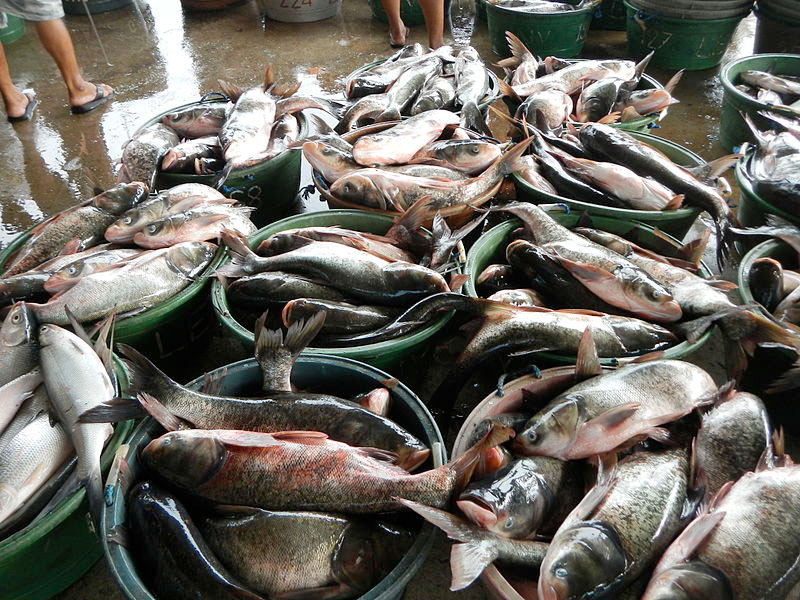 If the invasive Asian Carp reach the Great Lakes, scientists say they could decimate the fishing industry

GRAFTON, Ill.—When they arrive at the processing plant, the fish that have been cursed as a menace to North American lakes and rivers are raked onto a conveyer belt.

Brought by the boatload to this facility north of St. Louis, the Asian carp quickly meet their fate: They are ground in a maze of machines that churn their bony bodies into dehydrated meal and fish oil.

A company called American Heartland Fish Products is the latest to venture into the small but growing business of carp-rendering, and their experiment offers another test of whether private enterprise can help reduce invasive species by turning them into food, be it for humans or livestock.

For plant workers, purging the nation’s waterways of carp that muscle out native fish for food and habitat isn’t about balancing nature. It’s strictly about making money.

“The government wants this fish removed in large volumes, and this is the way to do it,” said Gray Magee, chief executive of the company, which began processing the carp in April.

Heartland joins Schafer Fisheries, which more than a decade ago expanded its northern Illinois operations near the Mississippi river to include carp after focusing entirely on catfish. A similar venture was launched recently in Kentucky, and yet another carp-processing site has been proposed for a site along the Illinois River near Peoria.

The idea of eliminating carp by eating them, much promoted only a few years ago, has been slow to take hold in the business world.

Partly because they’re so bony, Asian carp have drawn little interest among U.S. consumers. The few Americans who make a living exporting carp face big challenges: Profit margins are thin because of freight and fishing costs. And the carp have soft flesh that can spoil quickly if not processed rapidly and packed in ice.

American Heartland originally targeted exports to China but turned to the domestic market when a contract fizzled. Now some experts say a recent fall-off in the world’s anchovy supplies could open a new market for carp as a replacement in animal feed.

Still, the industry has grown to a point where some fish experts have begun to worry about what happens to carp businesses if they actually succeed in helping to wipe the species out.

“In an odd way, I wonder about the overall supply,” said Carol Engle, director of the aquaculture fisheries centre at the University of Arkansas in Pine Bluff. “In this case, we want to overfish them. But if we accomplish this, what are these companies going to do?”

Exactly how many Asian carp clog North American rivers and to what extent those fish are processed and exported is murky, though global consumption appears to be rising.

According to Engle, 7.8 million tons of farm-raised silver and bighead carp—a delicacy in China—were sold worldwide in 2012, up roughly 1.4 million tons from five years earlier. About 28 per cent more Asian carp is consumed worldwide than pollock, the variety commonly found in fresh and frozen fillets, fish sticks and other breaded and battered products.

Bighead and silver carp, which have migrated up the Mississippi and Illinois rivers, are a particularly serious threat because they eat plankton. If they reach the Great Lakes, scientists say, carp could out-compete other fish for food and decimate the $7 billion-a-year fishing industry.

Developing new markets is difficult, as American Heartland learned since it made an announcement two years ago that it would partner with a contingent of Chinese investors to ship the fish to Asia. Without elaborating, Magee said that deal ultimately imploded, leading American Heartland to focus instead on animal feed markets.

That was sensible, Engle said, especially with the recent overfishing of anchovies, a key ingredient in animal feed.

American Heartland declined to identify its customers but says it’s processing 30 tons of carp per day and hoping to double that in coming months. It pays about three dozen fishermen a dime per pound for whatever they bring in.