Despite monitoring the same drugs, Australia, Canada, the U.K. and the U.S. issued the same drug warnings only seven per cent of the time in 10 years 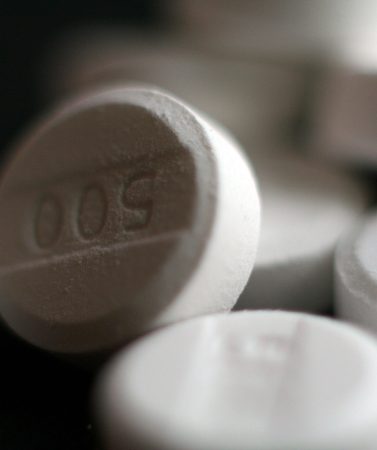 If a drug is available in multiple countries, it will have the same ingredients. Human bodies are the same regardless of what country that they’re in. Therefore, if a drug has a safety problem in Canada, it should cause the same problem in Australia, the United Kingdom or the United States. But not necessarily, according to government agencies such as Health Canada that regulate drugs.

I’m part of a multi-country group that is looking at the safety advisories put out in Australia, Canada, the United Kingdom and the United States between the start of 2007 to the end of 2016.

In total, there were 1,441 warnings that discussed 680 drug-risk issues (one drug could have more than a single risk). We found major differences among regulators in their decisions to warn the public. Over this 10-year period, all four countries issued the same warnings only seven per cent of the time.

The timing of the decision to issue a warning also varied widely. For example, there is a group of blood thinners used by people at risk of a stroke or who have blood clots in their lungs. But if these drugs aren’t used properly, they can also cause serious and sometimes fatal bleeding, hence the need to put out a warning.

Health Canada and the U.S. Food and Drug Administration (FDA) approved one of these drugs, dabigatran, at approximately the same time in 2008. But the FDA issued its warning about bleeding in mid-2013, whereas Health Canada’s warning did not come until early 2015, more than 18 months later.

Perhaps even more troubling is that when drugs are removed from the market in one country, they can still be bought in another. One notable example is cisapride, also known by its brand name Prepulsid, a drug used to treat gastrointestinal disorders such as heartburn.

But the drug could also cause irregular heart beating, which could be fatal. In the U.S., 80 deaths led to the FDA’s decision to take it off the market on July 14, 2000. In Canada, the manufacturer Janssen said cisapride “remains safe and effective” when used appropriately. Health Canada agreed and the drug continued to be sold for another month.

Former MP Terence Young’s daughter was one of the victims of cisapride in Canada. Young tells the story of his subsequent battle to bring publicity to her death in his book Death by Prescription. When he was an MP he was responsible for the passage of Vanessa’s Law, named after his daughter, that has the potential to significantly increase drug safety in Canada.

‘Safety risks’ and ‘appropriate next steps’

What happened in 2000 is still going on today in Canada. Ulipristal, also known as Fibristal, is used to treat uterine fibroids. In Europe, the five-milligram dose was suspended in March 2020 due to a case of serious hepatitis (liver damage) that ultimately led to the woman needing a liver transplant. The European Medicines Agency (EMA) recommended that the drug no longer be prescribed or dispensed, and that patients should stop taking it.

In early January 2019, Health Canada put out a safety alert warning about liver damage and placed restrictions on use of the drug with a promise to “continue to monitor its use” and to “take action if new safety risks are identified.” But despite the move by the EMA, Fibristal is still being sold in Canada and there have not been any new safety warnings.

In mid-January 2019, a trial of olaratumab (Lartruvo), a drug for the treatment of soft tissue sarcoma, showed that the drug didn’t work and Eli Lilly, the drug’s maker, announced that it was pulling it from the market. And it was — in the U.S. and Europe.

Here in Canada, there was an announcement by Lilly and Health Canada at the end of January 2019 that the drug did not prolong the lives of patients. Health Canada said that it was “currently working with the manufacturer to determine the appropriate next steps.” This drug is also still being sold here.

There are multiple factors that could be involved, but one stands out. Health Canada pays much less attention to the safety of drugs already on the market than it does to getting new drugs approved. Over the past 10 years, Health Canada has consistently devoted three times as much money and three times as many people to getting new drugs onto the market compared to making sure that drugs already being sold are safe.

In the midst of the COVID-19 pandemic, with all of us hoping for new treatments and a vaccine, it’s crucial that we know that we can rely on Health Canada to make sure that new drugs and vaccines are safe. If we want that assurance, we need to insist that Health Canada takes drug safety seriously and spends what is necessary.