“Diamonds are said to be a girl’s best friend. I’m not sure which girls they are because it’s certainly not anyone in here.” 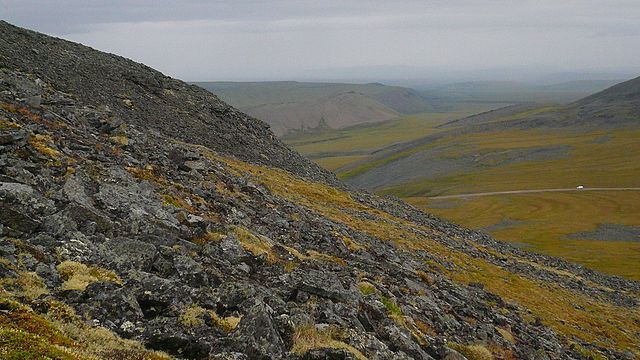 Almost three years ago, the National Inquiry into Missing and Murdered Indigenous Women and Girls (MMIWG) released its final report and among its findings, the report identified resource extraction as a site of gender violence.

What is it about extractive projects that creates the conditions for gender violence?

In Refracted Economies: Diamond Mining and Social Reproduction in the North, I analyze the gender impact of Canadian diamond mines. As a settler researcher who grew up in southern Canada, I partnered with the Native Women’s Association of the Northwest Territories and spoke with Dene, Métis, Inuit and non-Indigenous northern women about their experiences with the mines.

In Canada, the first diamond mine opened in the Northwest Territories on Dene land in 1998. Since then, three other diamond mines have opened there, and Canada has become the third largest diamond producer in the world.

The Canadian diamond industry was established amid international concerns around conflict — or blood — diamonds. Canada’s diamond industry lauds itself as an ethical alternative to diamonds from elsewhere, but these gems are mined on Dene land and, in restructuring the lands and livelihoods of northern communities, the diamond industry brings with it a new, and newly gendered, colonial violence.

A pillar of settler development

Resource extraction has long been a pillar of settler development in northern Canada.

Regionally, diamond mines were established on the heels of the longstanding gold industry, and they have reproduced some dynamics of past settler extractive projects. But the diamond mines have also brought with them new characteristics with unique gender impacts.

Unlike mining towns that sprouted up throughout the north in the 20th century, diamond mines are organized through a fly-in/fly-out (FIFO) structure. This means that workers fly in for prolonged mining shifts, and fly out for their time off.

FIFO, or DIDO (drive-in/drive-out), has become the preferred extractive model in Canada and elsewhere. By making long-distance commutes part of everyday operations, the FIFO/DIDO model is an intensified expression of the home/work divide, where home is gendered as feminine space and work as masculine space.

For many women workers I spoke to, the separation of work from home meant that work in the diamond mines was not accessible. This was because workers live away from home for extended periods of time, and weren’t able to care for kin and community.

Women who had worked at the diamond mines shared stories of intense visibility. These experiences ranged from a general feeling of greater scrutiny from other workers, to overt sexual harassment. While the women I interviewed held a variety of positions at the camps, it was women who worked in housekeeping and positions at a lower pay scale with higher degrees of precarity who described the most explicit and pervasive experiences with gendered discrimination and violence.

The FIFO structure has led to intensified pressure on people, usually women, at home. While mine workers and their families spoke about the financial benefits of mine employment, many female spouses likened the experience of having a spouse at camp to single parenting.

One Dene woman I interviewed said:

“I feel like I live in a community where families are fragmented on purpose. We choose to remove half of the caregivers half of the time. How can this not have a significant impact on raising a family or being in a marriage?”

These heavy care burdens are coupled with new financial inequality within households, with mine workers often bringing in significantly higher wages than other family members.

The women I spoke with shared concerns that inequalities in both caring labours and finances were shaping conditions for interpersonal violence, and making it more difficult for women to leave violent situations.

When women shared their stories of the diamond mines, they did not express the impact as an isolated or unique phenomenon. Instead, I heard stories that wove the experiences of the diamond mines into ongoing processes of settler colonialism, including the intergenerational trauma of residential schools.

Diamonds carry with them heavy imagery of romance and commitment, symbolizing a love that is, as diamond company De Beers puts it, “forever.”

However, while a century of marketing has made diamond rings a symbol of heteronormative happy endings, when I spoke with northern women about their experience with the diamond mines, I heard a different story.

As one research participant said, “Diamonds are said to be a girl’s best friend. I’m not sure which girls they are because it’s certainly not anyone in here.”