Dexamethasone: what is the breakthrough treatment for COVID-19?

Dexamethasone cuts the risk of death by a third for people on ventilators, according to researchers 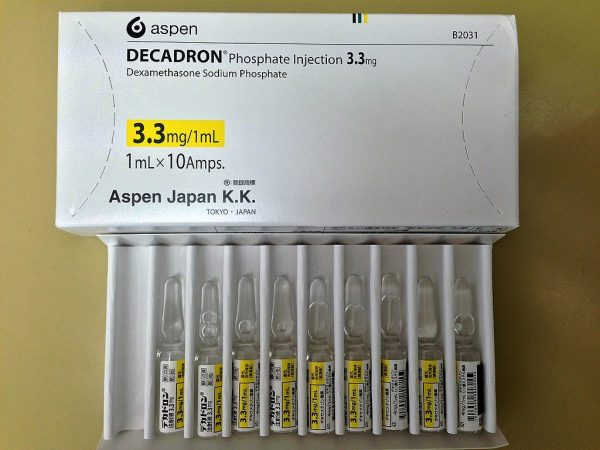 Six months and eight million positive cases since the COVID-19 pandemic broke out in Wuhan, scientists have announced the first major breakthrough in the search for a drug to fight the disease.

A research team at Oxford University has found that cheap and widely available drug called dexamethasone can be effective in very severe forms of the COVID-19.

Dexamethasone has been around since the early 1960s. It is a steroid often given in low doses as an anti-inflammatory. It is used widely for severe asthma, allergies and when joints are painful and swollen. It is also used in autoimmune conditions such as systemic lupus erythematosus or more commonly in rheumatoid arthritis.

It’s this effect on inflammation and our immune systems that makes it useful in fighting off the worst effects of COVID-19.

The majority of people with COVID-19 show no signs of the disease – they are asymptomatic – or they have mild symptoms such as a dry cough, slight fever or loss of taste and smell. But in a small minority, the symptoms are much worse and patients need oxygen therapy or ventilation to help the lungs get oxygen into the body. These are the people for whom dexamethasone was shown to be effective.

In severe cases, the body’s immune system over-reacts to the virus and mounts an attack on the cells that contain it. This is known as a cytokine storm, where chemicals called cytokines are released by cells of the immune system, causing excessive inflammation.

Dexamethasone acts on the immune system to dampen the response and reduce the cytokine storm. In effect, it prevents the massive inflammation seen in the lungs and the heart which are responsible for severe respiratory problems in very ill patients.

Dexamethasone has been tested in the largest COVID-19 drug trial to date, the Randomised Evaluation of COVID-19 Therapy or RECOVERY trial for short. As part of the trial, researchers studied the effect of the drug in 2,000 patients and compared that to the outcomes in 4,000 patients who did not receive it.

The results of the trial, which have not yet been published in a peer-reviewed journal, show the biggest benefit was in those patients on ventilators, where dexamethasone reduced the risk of death by 30%. For those requiring oxygen, there was a 20% reduction.

This equates to one life saved for every eight on ventilators and every 20-25 treated with oxygen.

As with any drug, there are side-effects. These include anxiety, sleep disturbance, weight gain and fluid retention. For patients in intensive care these comparatively minor effects can be managed easily, so the benefits of dexamethasone in COVID-19 far outweigh the negative effects.

The drug is ineffective in those with mild symptoms who do not require respiratory support and should not be used by those at home.

It is significant that the results for dexamethasone were found in a randomised clinical trial – where patients who had the drug are compared with those who didn’t.

Previous drugs which were hailed as potential “cures” for coronavirus have not been through this type of rigorous study before being declared effective in some quarters. This includes the malaria drug hydroxychloroquine, which has been touted by French researcher Didier Raoult and been promoted by the President of the United States.

Despite being advocated for, and even taken by, Donald Trump, this drug has actually been linked to an increased risk of death in COVID-19 patients and is not recommended for use.

In fact, the Oxford researchers who identified dexamethasone as an effective treatment stopped the study of hydroxychloroquine due to a “lack of efficacy” and it has recently been withdrawn for use in cases of COVID-19 by the US Food and Drug Administration.

Dexamethasone is cheap, costing approximately US$6 per day. Patients are treated on average for seven to ten days, so lives can be saved for as little as US$44. It is estimated that if the drug was used earlier in the United Kingdom, there could have been 5,000 fewer deaths from COVID-19.

What is more important is the drug is common and there are large global stocks. This means patients from disadvantaged backgrounds in countries without universal health care can be given dexamethasone readily, compared to new drugs that are often in limited supply as well as being expensive.

This important study suggests a common drug used in medicine for 60 years could help in the battle against COVID-19. There will be more discoveries to come, but this is an important first step.