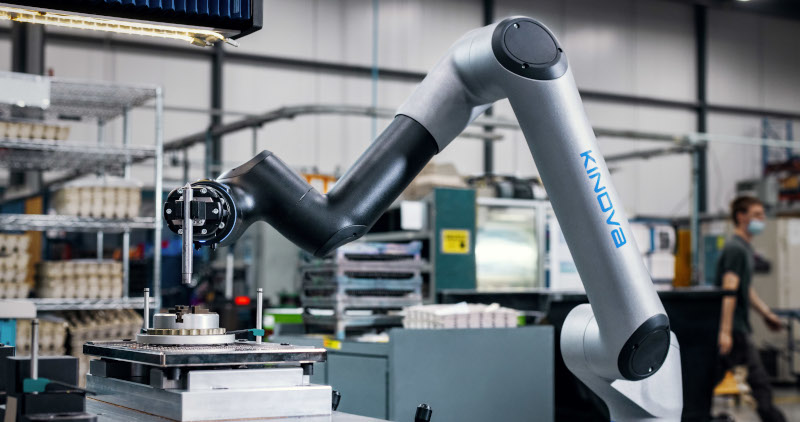 In the field of industrial technologies, few have experienced the meteoric rise and projected growth of cobots. According to global tech market advisory firm, ABI Research, the cobot market had a global valuation of $475 million in 2020, expanded to $600 million in 2021 but will hit $8 billion by 2030, with a projected CAGR of 32.5%.

While Universal Robotics is credited with popularizing the technology and continues to hold roughly 50 percent of the global market, traditional robotics players (FANUC, ABB, etc) are catching up while other relative new comers jockey for position in this explosively lucrative industrial market.

One of the most recent industrial entrants is Quebec-based Kinova Robotics, which launched its Link 6 industrial cobot in March 2022. To classify Kinova as new to the overall industry, however, would be grossly misleading. Founders, CEO Charles Deguire and COO Louis-Joseph L’Écuyer, established the company in 2006 along with its first assistive cobot, the Jaco.

Inspired by a makeshift arm created by Deguire’s uncle, Jacques, who suffered from muscular dystrophy, the 6-axis Jaco mounts to and draws power from a wheel chair and can be controlled with a joystick, head control or most other assistive interfaces. Shortly after its launch, the Jaco was lauded for its ease-of-use, especially for an end-user base with little to no robotics experience.

This article was originally featured in Design Engineering. Read the full version here.