The company sources its copper from a North American outfit. The metal obtained is a copper alloy made of 91.3 per cent copper while the remainder is  composed of zinc and nickel. 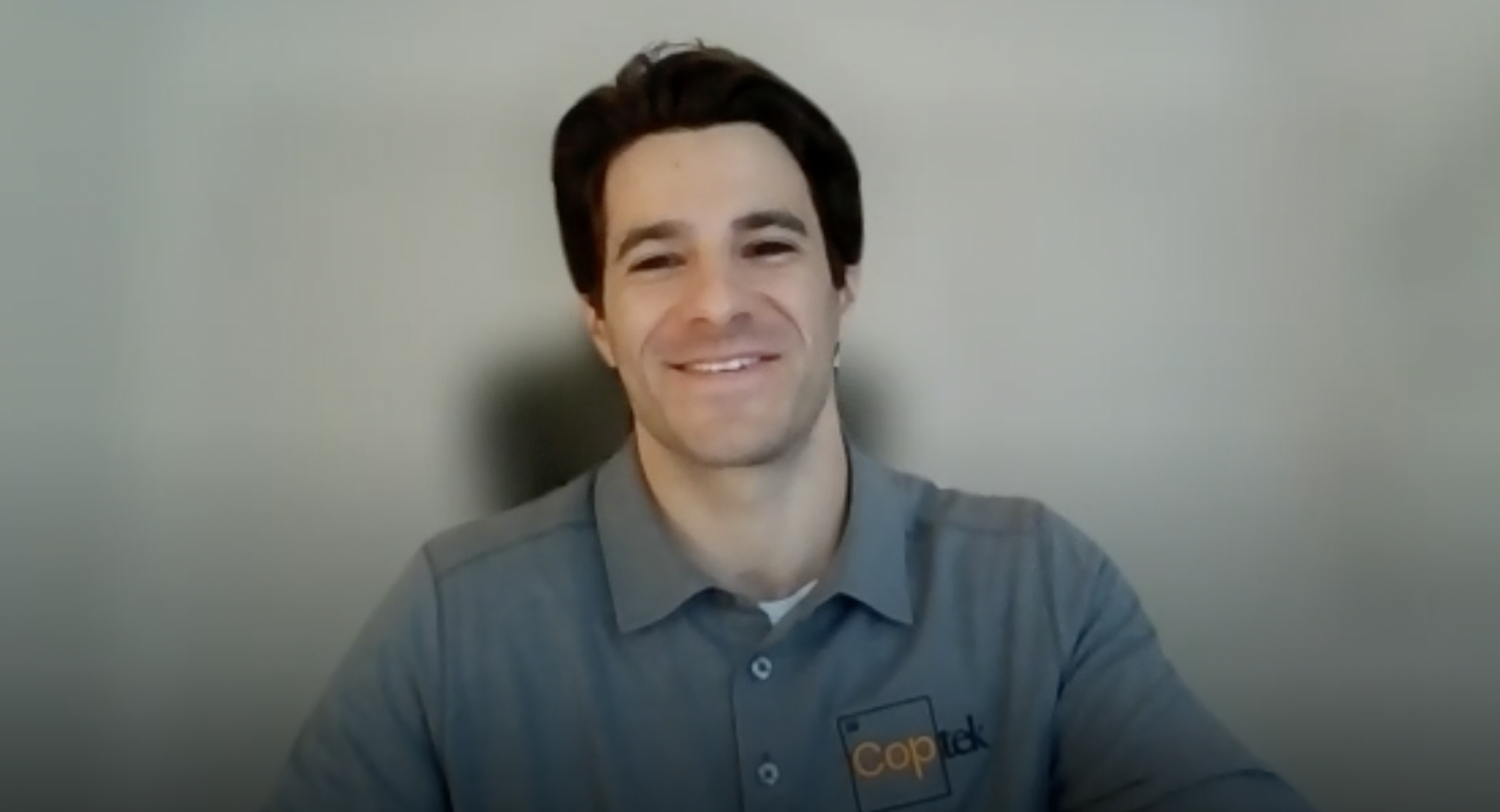 A lab test on samples of Coptek’s copper material showed that exposure to its products reduces the presence of two strains of COVID-19 by at least 99 per cent in a matter of minutes.

Coptek, a producer of copper covers with an adhesive backing, partnered with the Imaging Pathogens for Knowledge Translation Centre to conduct a viral titre reduction study using the SARS-CoV-2 Wuhan and Delta strains.

The company’s self-adhesive copper patches are designed to retrofit around surfaces like door handles, hand railings, elevator buttons and the stanchions that people hold onto in public transportation.

Historically, copper has been used in medicine by various civilizations and cultures around the world who long ago discovered its anti-microbial properties. In more recent times, copper alloys have been used in high-touch surfaces at an amusement park in Latin America.

While the public now understands COVID-19 to be an airborne virus, Goldberg said the pandemic has been a major catalyst for growth in their enterprise as people are generally afraid of coming into contact with high-touch surfaces.

Goldberg also said that their market is quite small and there aren’t too many players.

“Our product is .004 inches thick—a very small amount, really. The market that we play in is the antimicrobial copper market which is a very niche market with very few players involved. Fortunately, we haven’t seen huge commodity price increases like the other players because we are using a small amount,” he said.

The company sources its copper from a North American outfit. The metal obtained is a copper alloy made of 91.3 per cent copper while the remainder is  composed of zinc and nickel, according to Goldberg.

Samples of copper from Coptek were first sterilized using ethanol alcohol prior to testing.

Next, 0.5 by 0.5 centimetre squares of the copper were cut from the samples Coptek provided to ImPaKt. These copper samples were placed in 1.5 ml tubes containing a volume of 850ul of the “viral stock” as described in the study. The tubes containing the viral strains and copper were incubated for times of 30 seconds, one minute, five minutes , 30 minutes and then one hour. At each time interval, a 100ul sample was collected from the tubes and titred for COVID-19.

The lab results noted a 99 per cent reduction in viral titres of the Wuhan strain in the Coptek material after five minutes of exposure. Results of the lab test conducted with the Delta strain showed an even higher reduction rate of 99.99 per cent in the same amount of time.

Goldberg said Coptek has a rigid manufacturing process. The company must adhere to the guidelines and frameworks set out by the United State’s Environmental Protection Agency and Health Canada. The company’s manufacturing process is centred around cutting out flexible patches of antimicrobial copper to fit the common measurements of high-touch surfaces.

As far as emissions and environmental impact are concerned, Goldberg said Coptek’s manufacturing process is very light as the company is not dealing with tonnes of toxic wastes nor is it digging into the earth. They have also implemented a recycling program so their products can be disposed of in a way that is sustainable, said Goldberg.