COVID-19 crackdowns: Fines are fine but bring on the ‘norm entrepreneurs’ 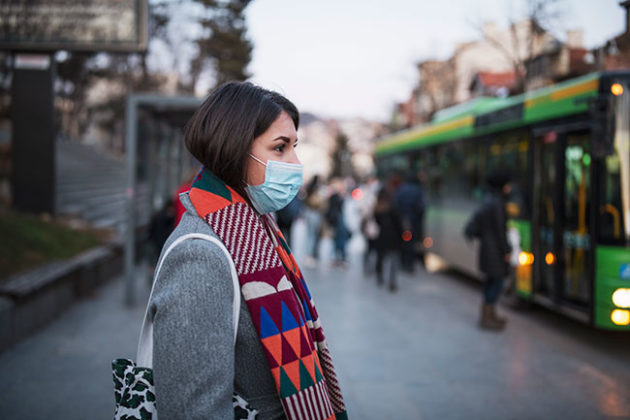 The number of COVID-19 infections are back up and rising rapidly in many parts of Canada. Gone are the hopeful days of summer when we believed we were wrestling the contagion to the ground.

The reopening of schools across the country was contentious amid fears that they could become super-spreader sites.

British Columbia largely contained the first wave. It is struggling to limit the second. Manitoba has had to move to red-alert level to deal with rising levels of infections.

In Ontario, permissible numbers for social gatherings have now been reduced to 25 for outdoors and 10 for indoors. Strip clubs have been closed and the hours of bars and restaurants have been limited.

Getting people to observe these restrictions, however — and perhaps more drastic ones ahead — is a critical issue. Questions of compliance with mitigation efforts have been ongoing from the very beginning of official attempts to contain the spread of the virus.

A continuing issue is the disproportionate impact on racialized people, the homeless and others that can occur because of discriminatory enforcement. As the police enforce the laws they, themselves, must be policed.

How to get people to conform

Ontario Premier Doug Ford has once again threatened get-tough sanctions and aggressive tactics. “We’re coming after you” has been his battle cry against those not obeying various restrictions.

Huge fines may be levied against transgressors. Restaurants and other places violating limits may be closed down. This no-nonsense approach can work for some people and establishments, but it has limits.

Most people obey the law most of the time. The same is true for COVID-19 restrictions. But what to do about people who defy any efforts to conform? Just a few violators can spread a lot of contagion, so more is needed beyond threats.

But sanctioning people for disregarding restrictions means the harm has already been done. And threats of punishment simply do not deter violators — for example, those misguided and sometimes malevolent people who insist their civil liberties are being violated by requirements to wear a mask.

Most laws achieve high levels of compliance because norms — or social attitudes about what should be done — are aligned with them. There’s a whole body of literature on norms and their relationship to law.

What’s needed right now are highly visible and respected people who can promote even greater levels of COVID-19 compliance — in other words, norm entrepreneurs.

Chinese and British celebrities have played a part in campaigns to persuade folks not to smoke. They could do the same on COVID-19 containment.

Some are already doing their part.

B.C.-born actor Ryan Reynolds, famous for his Hollywood superhero roles, has also become a norm entrepreneur. He’s helping to control the spread of COVID-19 with a public service announcement in which he warns of the dangers. It has the brilliant tag line: “Don’t kill my Mom.”

The messaging is therefore directed at young people, warning of the harm that can come to them if they become infected and, perhaps even more importantly, the damage they can do to others, especially the vulnerable, if they spread the contagion.

Actor Paul Rudd is doing something along the same lines for what’s called the “Mask Up America” campaign in New York state.

There have also been some earlier efforts by individual celebrities using their own social media accounts to urge people to support mitigation efforts.

Enlisting the help of celebrities

Canada’s federal and provincial governments should enlist the aid of various notables to promote a message of compliance. Margaret Atwood may persuade some. Drake others. Highly visible individuals in particular communities could convince still others. And so forth.

Ford’s blunt and threatening style has its place. But it needs to be accompanied by a chorus of prominent voices that seek to persuade Canadians that compliance is in everyone’s interest; that falling into line with these revised restrictions is the best way to prevent the imposition of even more drastic ones.

Shakespeare in Richard III speaks of “the winter of our discontent.”

We are likely about to learn a new, modern meaning of that phrase. The contagion stalks us with fresh vigour while the nights grow longer and the days grow colder. The virus must be controlled lest its havoc be unbounded, as Shakespeare himself might have put it.