COVID-19 back to school Q&A: Is it safe for unvaccinated children to go to school in person? Is the harm of school closures greater than the risk of the virus?

In-person schooling is essential for schools to achieve their diverse objectives and for the well-being of children, especially vulnerable children. 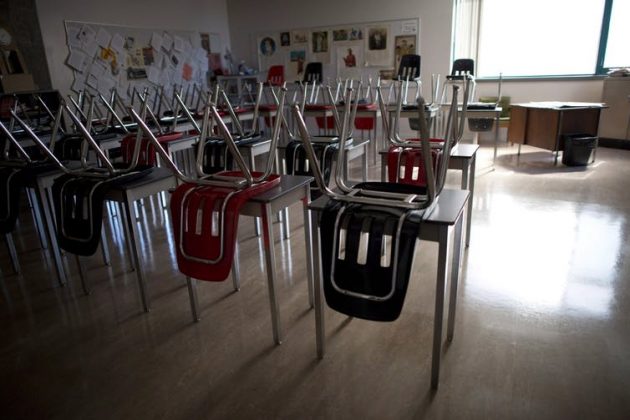 Research has shown that school closures have had negative effects on children’s learning and well-being. THE CANADIAN PRESS/Jonathan Hayward

Back-to-school is here again. While we might hope that beginning the academic year with schools open for in-person learning would set the trend for the rest of the year, the presence of new variants of SARS-CoV-2, the virus that causes COVID-19, makes everything less certain.

Some parents have already made decisions to keep their children home for online learning when schools open. Others may revisit these choices as the fall unfolds. Yet many parents also need to go with what their school systems offer.

With over a year’s worth of data on how SARS-CoV-2 infection and disease manifest in children and our experience from last year’s school closures, we can at least answer some important questions about the risks of infection in unvaccinated children and the risks of missing in-person school.

What are the risks of SARS-CoV-2 infection in unvaccinated children?

Children with COVID-19 symptoms, in general, have a mild illness.

In children, the risk of hospitalization, severe disease and death is low, relative to adults.

In the United States, 0.2 to 1.9 per cent of COVID-19 cases detected in children led to hospitalization, including children infected with the now-circulating Delta variant.

In Belgium, hospitalization rates and admission to intensive care units for children with COVID-19 have been low, and haven’t changed while new variants have been circulating. A Belgian school study showed that in June 2021, 15.4 per cent of Belgian elementary school children had antibodies to SARS-CoV-2, meaning they had already been infected with the novel coronavirus some time during the pandemic.

Delta constitutes more than 75 per cent of the sequenced cases since July 5, 2021, in Belgium, and almost all cases in the country as of Aug. 16.

In Canada, 0.5 per cent of the detected and recorded cases in children under 19 years old have led to hospitalization, and 0.06 per cent to admission to the pediatric intensive care unit, since the start of the pandemic.

Research suggests that the multisystem inflammatory syndrome in children (MIS-C), presenting two to six weeks after infection and affecting mostly children aged six to nine, remains rare, with an incidence of three MIS-C cases per 10,000 SARS-CoV-2 infections in people younger than 21. Canadian research awaiting peer-review and research from the U.S. show that the child generally recovers rapidly from an MIS-C episode.

As the pandemic evolves, combining multiple data sources will give us a more valid and precise calculation of risk related to children’s infection and illness.

Is it safe for unvaccinated children to go back to in-person school with the variants circulating?

In the U.S., the number of pediatric cases of COVID-19 has increased in recent weeks.

Pediatric cases have also increased as a proportion of the total number of all detected cases and accounted for 22.4 per cent of total cumulative cases for the week ending Aug. 19 (up from 14.6 per cent a week earlier). This is occurring, however, in the context of high community transmission and low vaccination coverage.

When more children get infected, there are more opportunities to have children become ill and more severely ill, both with acute infection and MIS-C, even if this absolute risk is small. The mortality rate of COVID-19 in children under 17 is less than three deaths per 10,000 cases.

Public Health Canada data show a mortality of one per 20,000 in children under 19.

Research shows that long school interruptions have both short-term and long-term negative impacts on the development of students’ academic skills and academic achievement, and on how they fare with employment in adulthood.

The negative impacts of school closures can even be transmitted to the next generation.

School closures during this pandemic in Belgium and the Netherlands had negative impacts on kids’ learning, with children in vulnerable households more severely affected.

What effects do school closures have on physical and mental health?

Physical activity decreased in Canadian youth. Screen time was up. Excessive screen time is associated with a sedentary lifestyle and with cardiovascular disease risk factors like high blood pressure, insulin resistance and obesity. School meal programs that ordinarily offer some protection against children’s hunger and malnutrition were not available during the pandemic.

A recently published review of several studies on children’s mental health estimated that anxiety affected a quarter of children and that one-in-five were depressed during the pandemic, which is twice the pre-pandemic rate.

We also know that reporting of child abuse went down during school closures, not because these events did not occur, but because teachers and school staff didn’t have the opportunity to detect and report abuse.

School closures put children’s physical, mental and academic development at risk and displace many children from the optimal environment to develop social skills and receive support.

In-person schooling is essential for schools to achieve their diverse objectives and for the well-being of children, especially vulnerable children.

This doesn’t mean we can’t embrace the positive aspects of online learning, or design education that looks different from what we have today. However, including children in decision-making and designing the school environments and experiences that meet their needs — and having equity in mind — should be equally high on our agenda.