COP27 marks 30 years of negotiations, with the prospect of a catastrophic trajectory of temperatures rising between 2.5 and 3 degrees. 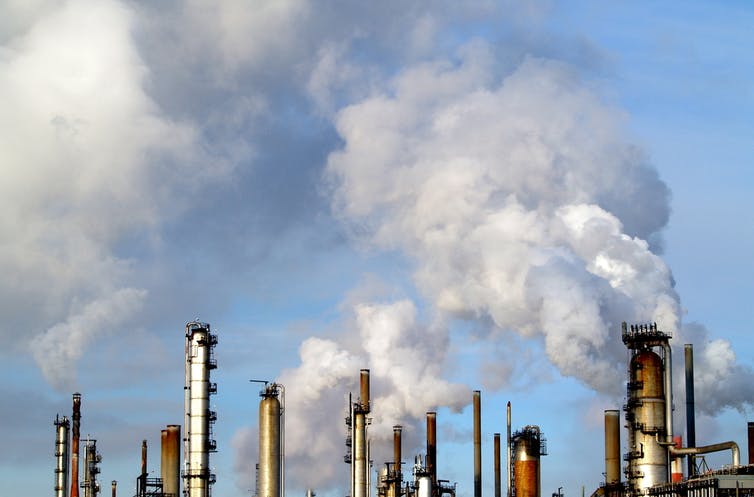 Will emissions from oil refineries in Alberta’s oil sands soon to be a thing of the past? (Shutterstock)

The recent COP27 climate conference was billed as the moment to implement the climate change commitments states made at COP21, held in Paris in December 2015.

COP27 took place in Sharm El-Sheikh, Egypt, in an uncertain geopolitical, energy and economic context. Marked by the 30th anniversary of the United Nations Framework Convention on Climate Change, its outcomes were highly anticipated.

As researchers at the University of Ottawa, UQAM and University of Oxford, we represent the Centre for Environmental Law and Global Sustainability. We followed COP27 from a distance and in person. Here are the key highlights we took away from it.

Funding for losses and damages: A historic decision, but…

The conference opened with the unexpected placement of loss and damage finance on the agenda and the ambitious goal of reaching a decision on this controversial topic. The objective of this aspect of climate finance is to compensate states for the damage suffered due to the impacts of climate change.

Driven in large part by developing countries, the agreement reached to create a fund and a transitional committee to operationalize the issue of loss and damage is a landmark decision, given the reluctance of some developed states in determining the form and consequences of this fund.

The mechanism is expected to be operational within two years, but there are concerns that its funding is heavily dependent on developed countries whose financial commitments to the Adaptation Fund are still lacking. In addition, China, designated as a developing country (but which, in fact, no longer is), has already revealed that it will not contribute to the fund.

Petrostates are also resisting the idea of making any financial contribution. In his closing speech to the plenary session, UN Secretary General Antonio Guterres stressed the political importance of the fund, but regretted its inadequacy. This mechanism in fact reveals a paradox at the heart of the climate negotiations: the financing of measures to remedy the impacts of climate change, on the one hand, and the continued refusal to eliminate fossil fuels on the other.

The 1.5 degree target slips further away

The implementation called for by COP27 was also to be expressed through concrete actions to reduce greenhouse gas emissions in order to achieve the objectives of the Paris Agreement. The aim is to keep the rise in the average temperature of the planet well below 2°C and to continue efforts to limit the rise in temperature to 1.5°C compared to pre-industrial levels.

In this respect, COP27 was blocked by the status quo, despite the urgency. Parties including Saudi Arabia opposed the addition of the 1.5 degree limit in the final text, even after having committed to setting “tougher climate targets” at COP26. Other countries, including the UK, Canada and the EU fought to preserve the gains of the Glasgow Pact. The final text of COP27 merely reaffirms the objectives of the Paris Agreement.

Achieving this goal is becoming increasingly unrealistic. Only 34 countries have submitted or updated their national contributions to reducing emissions since COP26. However, the current contributions to which states have committed will not (assuming they are met) keep the rise in global temperature below 2 degrees. The 1.5°C target is now “on life support.”

Many countries vulnerable to the impacts of climate change, including Tuvalu, have reiterated the urgency of phasing out fossil fuels and have called for the implementation of a fossil fuel non-proliferation treaty.

While some parties, led by India, lobbied for the phase-down of fossil fuels to be included in the final text, the Sharm El-Sheikh Plan of Implementation reiterates the wording proposed in the Glasgow Pact, which refers only to coal. The strong presence of the oil and gas sector, whose participation increased by 25% compared to COP26, certainly played a role.

Canada supported the retention of this wording before qualifying its position in the face of criticism. No doubt this issue will be discussed again at the next COP28 in the United Arab Emirates.

Canada at the COP

Unlike at COP26, Prime Minister Justin Trudeau and his Québec counterpart, François Legault, did not attend. However, Canada had a strong presence at COP27 with a 377-member delegation led by Environment and Climate Change Minister Steven Guilbeault.

Canada also hosted a pavilion for the first time in the negotiating area. Activities were organized around three guiding pillars: ambition, implementation and partnership. These activities were nevertheless clouded by the organization of events featuring the fossil fuel sector, in turn spurring demonstrations by civil society actors (which did not hinder the holding of events).

A chaotic COP for participants

A multitude of logistical problems limited access to the negotiations, including pavilions inaccessible to people with reduced mobility, excessive and fluctuating costs of accommodation, last-minute cancellations of hotel reservations and price increases and various obstacles to safe movement for people with disabilities.

There were also digital issues. Participants faced problems accessing the virtual platform. On site, one of the biggest challenges was the installation of the official application developed by the Egyptian Ministry of Communications and Information Technology, which required excessive authorizations to access. Indeed, many delegations questioned whether the Egyptian government was actually using the application for surveillance purposes.

COP27 marks 30 years of negotiations, with the prospect of a catastrophic trajectory of temperatures rising between 2.5 and 3 degrees. The results of COP27 are extremely disappointing in this regard given the urgency of the situation. They reflect colossal political differences that highlight the major challenges of environmental governance at the international level.

They also demonstrate the difficulty of our societies going without fossil fuels. The hopes of climate defenders are now turning, once again, to the next COP. The 28th edition will take place in the United Arab Emirates, a region whose economy is largely based on the exploitation of fossil fuels.