Climate change: efficiency labels really do encourage less energy use – but there’s a better way of using them

by David Comerford, Senior Lecturer of Economics and Behavioural Science, University of Stirling  May 26, 2022

A cheaper, healthier future requires finding ways of persuading households that it makes financial sense to reduce their energy consumption. 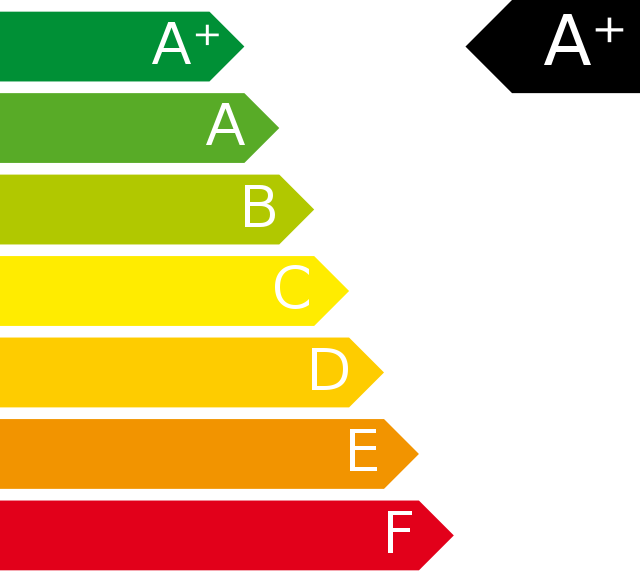 Reducing our energy use has rarely been so pressing. And one way we can do this is choosing the most energy efficient option when it’s time to buy new appliances or move house.

In most European countries, this standard energy efficiency label provides information on how much energy a home or an appliance consumes by grading it out of seven possible standards. Even better, it does so in an intuitive way: if there’s one thing we learnt at school, it’s that an A grade is better than an F.

Lots of us will have been affected by this label without being aware of it. That’s because many companies have redesigned their wares so that they reach a higher grade on the label, assuming that customers will be more likely to buy a more efficient product. That means, if you’re in the EU or UK, the appliance you most recently bought is likely to be more energy efficient than if this label hadn’t been introduced.

Of course, tweaking a toaster won’t save the planet. But our behavioural science research has found that this label can have wider effects, including causing a small amount of people selling their properties to act just like those companies by actually redesigning their homes.

Imagine someone’s selling their place. They get it audited for its energy efficiency, as UK and EU law currently requires, and receive an energy rating that places it right at the top of a grade. Around 4% of sellers in this situation will then make strategic investments that boost their property into a higher grade.

For instance, they might upgrade less efficient lightbulbs or put insulation in their loft. Then they get a second energy audit, move up a grade, and can now advertise their property as demonstrably more efficient.

These strategic investments are profitable. Using data on English house sales, we estimate that a house at the bottom of the D grade, for example, will sell for thousands of pounds more than a house at the top of the E grade.

They’re also good for the planet: our estimations suggest that investments boosting English homes from a high E to a low D delivered reductions in energy consumption equivalent to the entire annual electricity usage of all the households in Shakespeare’s hometown, Stratford-upon-Avon.

What’s more, these environmental benefits could be made far greater by making a simple change to the label. As it stands, the thresholds from one grade to the next are fixed at certain arbitrary levels of energy efficiency. That means strategic investments are only viable for a small proportion of properties: those that happen to sit just shy of a threshold.

As buildings become more efficient, these categories will change. In time, properties that are currently distant from a threshold might become close to moving up a grade – or, importantly, down a grade. That would motivate a greater number of households to make investments in energy efficiency.

Over time, however, it would be foolhardy to rely on labels to save us from the climate crisis. One more wide-reaching and long-term way to increase energy efficiency would be a carbon tax.

The energy label achieved its success because it caused people to value energy efficiency enough to make purchase decisions based on it. A carbon tax would achieve this much more powerfully by making a lower price tag the signal of an energy efficient product – and making energy intensive products more expensive.

But the difficulty of getting the public to support a carbon tax is exemplified by the case of congestion pricing. In a city where you have to pay to drive your car, only those who really value using their cars will do so. This results in fewer cars on the road, less congestion and pollution, and more parking for those who need it like delivery drivers or people with mobility issues.

Yet due in part to its immediate cost, very few cities across the world use congestion pricing. Even though those that do show it tends to gain support over time as residents witness its benefits.


Related Stories
Alberta’s first energy efficiency agency poised to have ‘a real impact’
IKEA to use only clean energy by 2020, will encourage suppliers to go green
Energy-intensive Canada could cut back dramatically through efficiency measures
Energy efficiency: part of a complex puzzle