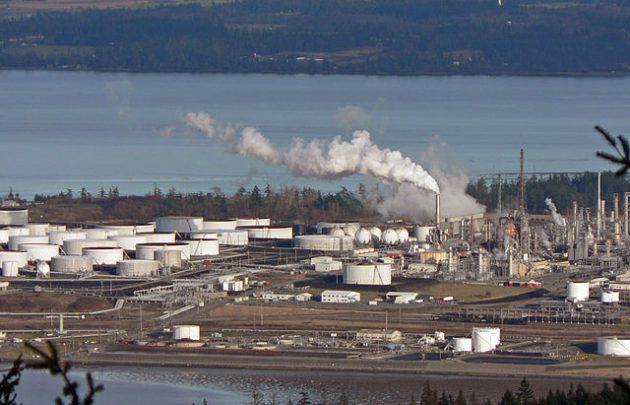 Imagine drinking endless orange juice from concentrate because you’re convinced this is the best way to lose weight. In moderation, orange juice is fine, but it wouldn’t be a doctor’s first recommendation for a patient wanting to shed pounds.

While recycling and turning off the lights are good steps towards a more sustainable society, they are not nearly as important for the climate on an individual basis as reducing meat consumption, air travel and driving. Well-meaning individuals often make poor choices when it comes to reducing their carbon footprint.

My colleagues and I surveyed students at the University of British Columbia and a sample of North Americans recruited from the online platform Mturk, to determine if they could correctly identify actions that would curb their individual greenhouse gas emissions.

Our participants were more educated and more liberal than the general population but since we want to understand the perceptions of people who are at least a little motivated to engage in pro-climate actions, this is actually the right group of people to survey.

In the study, we first asked participants to describe the single most effective action they could take to reduce the emissions that cause climate change. Many referred to driving less, which is indeed a high-impact action, and recycling, which is not.

Few mentioned air travel, which can make up a huge portion of an individual’s carbon footprint. For example, a return flight from Los Angeles to Hong Kong, can generate over 4,000 kilograms of carbon dioxide equivalents. Political actions (like voting) that are needed to make large structural change also received little attention.

Next, we provided participants with 15 actions and asked them to categorize the actions as low-, medium- or high-impact (with low being less than one per cent of a person’s carbon footprint, and high being greater than five per cent).

Actions involving personal vehicles were correctly perceived as quite important for reducing greenhouse gas emissions. But only 32 per cent of the sample correctly identified switching from plastic to canvas bags (the equivalent of orange juice for dieting) as a low-impact action. Reducing air travel and meat consumption were incorrectly ranked in the bottom half of the suggested actions.

In line with past research on the “availability heuristic,” (a mental shortcut where people give extra importance to examples that spring to mind easily) people might have been focusing on choices where the harms are highly visible or on actions that are symbolic of environmentalism but not related to climate. For example, littering creates no emissions, but we found it was perceived similarly to a high-pollution flight across the Pacific Ocean.

Focusing on what matters

Finally, we asked participants to make trade-offs between sets of different actions, like comparing how long you would need to purchase food without any packaging in order to save the same amount of emissions as one year not eating meat. Around half of participants said one to two years. The real answer is at least a decade.

We found that even people who were very concerned about climate change were unable to make accurate trade-offs. This is relevant for people who engage in moral licensing, “I recycle, so I can fly for vacation,” or people trying their best to optimize their carbon budget, “I drove out of my way to buy second-hand clothing because it has a smaller carbon footprint.”

These misunderstandings matter. People who understand that meat has a large climate impact are more willing to eat less of it. In a study of Swedes who had given up or reduced their air travel, many cited the realization that flying occupied a large part of their “carbon budget” as a motivator for their choice.

We want people to focus on meaningful actions so they don’t spend effort and money on distractions. But we also want people to adopt low-carbon lifestyles because people who do tend to support the policies that oblige everyone else to pollute less.

Ezra Klein describes the value in changing the culture of more meat and bigger SUVs at the same time as we try to change policies: “We are not going to, as a society … vote for things that make us feel like bad people.”

The term “carbon footprint” has come under criticism, because the oil industry used it in the past to redirect responsibility from itself onto consumers. But following the belief that climate hawks should oppose any tactic from a major polluter does not require abandoning every effort to change lifestyles.

Some large corporations are worried that these lifestyle changes could cut deep into their bottom lines. Before the pandemic jeopardized the entire industry, airlines were taking careful steps to manage the lost business caused by a growing guilt (“flight shame”) among people for the carbon footprint of air travel.

Even if you’re convinced that lifestyle change is a distraction from political action, and there is some peer-reviewed evidence to this effect, these results suggest that people are still putting disproportionate stock in trivial lifestyle changes, and not much in voting for climate policy.

So what do we do? We can test ways to incentivize lifestyle change while increasing policy support, ideally with resources that don’t take away from political action. That could include projects on university campuses, in corporate offices and in grade schools (twelve-year-olds can’t vote, but they can learn what constitutes a sustainable meal and how to cook it).

In one study, for example, participants were given feedback on their food purchases in terms of “lightbulb minutes”: how much greenhouse gases are produced by one minute of lightbulb use. This led to a positive shift in their consumption choices. Similarly, people booking their flights could be told the fraction of their annual carbon budget that will be used up by a single trip.

These approaches are helpful because they bring attention to climate change but don’t rely on individuals mastering the difficult subject of carbon footprints on their own.

Climate activists, especially youth, tend to care about individual action. We might as well use that as an opportunity to encourage lifestyle changes that actually matter, and to increase support for tough climate policies that are already overdue.