Expert strategies for international growth in the age of Trump, CETA and rising new markets such as China, Brazil and India 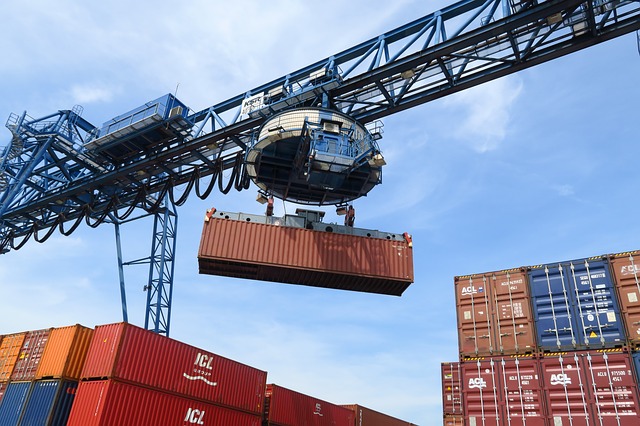 TORONTO—For Canada’s exporters, turbulence has become par for the course. But despite the rapidly changing global trade landscape, the Export Insights 2018 report shows Canadian exporters are among the best in the world at making inroads into new markets and are successfully competing against much bigger global enterprises.

Produced by CanadianManufacturing.com the report was unveiled at the Ontario Export Awards in Toronto last month.

Export Insights dives into some of the toughest issues Canadian exporters face today—from the possible end of NAFTA, to strategies for moving into new markets. And while it does not advocate a wholesale re-thinking of your export strategy in the wake of current events, it highlights a number of best practices to endure and prosper through the increasingly uncertain waters. 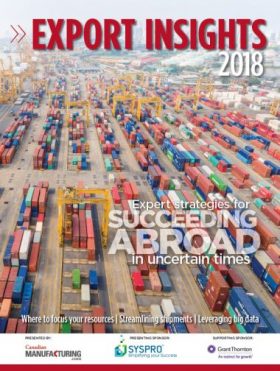 Developed in partnership with sponsors SYSPRO Canada and Grant Thornton LLP, Export Insights highlights data from a national survey of nearly 350 Canadian industrial executives. The report is augmented by a roundtable discussion among Canadian exporters.