eliquidMEDIA International Inc. and Radoff recently signed a collaboration agreement that will exploit the Radoff devices dealing with the monitoring and mitigation of radon gas 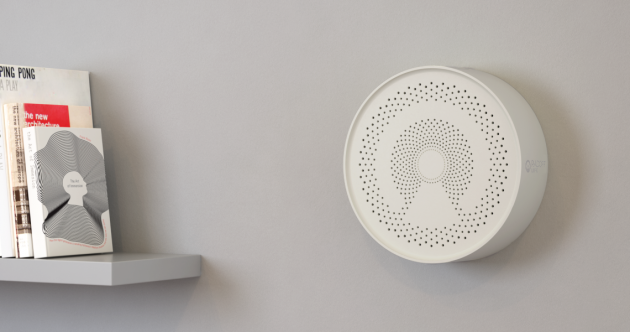 WINDSOR, Ont. — eliquidMEDIA International Inc. a Canadian company, and the innovative Italian startup Radoff, recently signed a collaboration agreement that will exploit the
Radoff devices dealing with the monitoring and mitigation of radon gas. Radon is an odourless and colourless gas that in Italy alone causes about 3,000 deaths per year and that in 7% of Canadian homes a safe level of radon gas is exceeded.

The Canadian company will be responsible for opening North American commercial channels and the Canadian and U.S. certification of the Radoff devices. eliquidMEDIA will also contribute technical advances to the devices that includes connectivity for both Amazon Alexa and Google Home, the two virtual assistants owned respectively by Amazon and Google that allow you to control different devices.

“The partnership with eliquidMEDIA International is a very important to us. It will give our startup a coveted far reaching international dimension. We will also have the opportunity to enrich our devices from a technological and scientific point of view and enter the Canadian and U.S. markets sooner than later.” said the CEO of Radoff, Domenico Cassitta.

The project has been presented by eliquidMEDIA to the National Research Council of Canada (NRCIRAP), as explained by the CEO of the Canadian company, Lou Tortola, who is equally enthusiastic about the collaboration, he added: “NRC-IRAP, finances Canadian small and medium-sized enterprises capable of developing projects that are both innovative and include high-tech content. The NRC-IRAP vote of confidence and economic assistance with this project is certainly a catalyst for us to further investing our resources in this emerging radon services sector.”

RADOFF is headquartered in Bologna Italy. The company has been successful in raising capitol under the banner of developing “smart” devices. The primary focus of the Radoff devices monitor and reduce the risk of harmful effects related to the presence of pollutants such as radon gas and fine dust. The company has patented its innovative technology that uses algorithms and artificial intelligence into a range of products that can be integrated into the home, public buildings and urban fabric.

Founded in 1996, a pioneer in the development of dynamic web applications. In 2005 the company launched the firmCHANNEL S.a.a.S digital signage C.M.S. that powered more than 10,000 digital displays, which it sold in 2010. eliquidMEDIA offers cutting-edge e-commerce services and also manages it’s own online sales. It is also active in the integration of (large-format-display) technology. In 2019 the company completed important projects in Colorado, Florida, Massachusetts, Texas and Illinois.