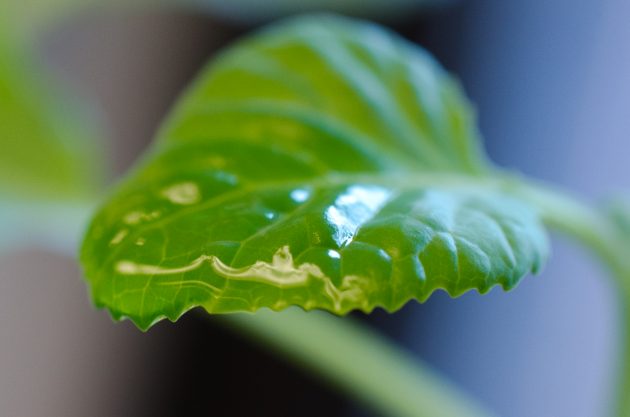 The global population is growing, the earth’s resources are dwindling, and the state of the climate is in flux. This isn’t a random list of three circumstances. The three are interconnected, each feeding into and off the other.

This symbiosis is known as the water-energy-food nexus, or WEF for short. Although it’s not necessarily a new concept (it hasn’t yet hit the mainstream, though), understanding how we interact with these three precious resources is critical to ensuring earth’s continued ability to sustain human life.

Imagine a Venn diagram with three circles. You have food in one, energy in the second, and water in the third. Each circle touches the other – we need energy and water to make food, after all – but in the middle, where all three overlap, is climate change.

Climate change affects all three resources, independently and as a group, just as the production of food and energy, and the use of water each affect climate change. As we work to mitigate climate change, though, we can’t abandon the need for energy, food or water. What we can do – must do – is consciously maximize the efficiency of producing and consuming each.

If we don’t, we risk running out of these valuable resources and, to be blunt, our planet will no longer be able to tolerate humans.

Making one kilogram of rice – about five cups uncooked – takes, on average, between 3,000 and 5,000 litres of water. For the purposes of imagining that volume of water, let’s split the difference and say 4,000 litres. If we poured all that water into 2-litre soft drink bottles and stacked them one on top of the other, they’d stretch 672 metres into the air – that’s 139 metres taller than the CN tower.

Raising animals for human consumption also places a high demand on fresh water, not to mention cleared land for feed crops and grazing, and the greenhouse gases released through every stage of production.

Sadly, almost one-third of food produced for human consumption isn’t eaten, according to the UN’s Food and Agriculture Organization. It’s lost either through storage and transport, or retail and consumer waste.

Now, consider the fact that, in 2017, the World Food Programme and several agencies of the UN estimated there were almost 800 million hungry people worldwide – and, with the global population careening toward 9 billion by 2050, food production is going to have to increase by 50 per cent to feed everyone.

Add to that a spike in water demand from increased manufacturing needs due to the ballooning population, and it becomes pretty easy to imagine that, by 2050, more than 40 per cent of the world’s population will be living in regions coping with severe water stress, according to research from the Organization for Economic Co-operation and Development.

So, what can we do? Technologies exist to address both the production and consumption/waste sides of the problem, many of which are in Canada, and many of which Export Development Canada’s cleantech team works with to help scale and grow beyond our borders.

For example, there’s Hortau, a Quebec-based cleantech company that developed a “smart farming platform” allowing growers to detect crop stress, optimize growth and reduce water and energy use. This company, which recently received a $7 million investment from EDC, is already seeing its technology put to work in California, where the conservation of water is critical for growers.

Vive Crop Protection recently received a contract with a large U.S. distributor, after which EDC signed a $1 million direct loan, enabling them to cover costs of meeting the order.

Another type of technology demonstrating an understanding of the WEF nexus turns plant-based foods into meat alternatives. Sol Cuisine has been in the Canadian market for years, but last spring received a $6 million investment from EDC to help it expand its offering of retail and food service customers looking for alternative proteins.

These are just three Canadian companies among a growing international group of peers taking on the challenge to responsibly and consciously maximize the use of energy and water in food production.

The people behind these technologies are rising to the challenge, and our team is dedicated to developing our knowledge and understanding of the companies in this space. We’re proud to work with these Canadian companies developing solutions to the water-energy-food nexus issue, and support for cleantech companies in the agriculture and food sector has increased as the industry advanced.

Even recently, the U.S.-based Cleantech Group didn’t rank the sector as a major player in the cleantech space. Whereas agriculture and food cleantech represented an average of three to four spots on the group’s first years of its annual Global Cleantech 100 list, it represented 12 spots in 2019.

Businesses, growers and financiers have their roles to play, but as consumers, we also exert control. What we can control is our understanding of the WEF nexus and how it applies to the products we buy and, critically, the amount of food we waste.