Ryerson report calls for more government programs and details from the federal budget in order to establish an Industry 4.0-proof aerospace market. 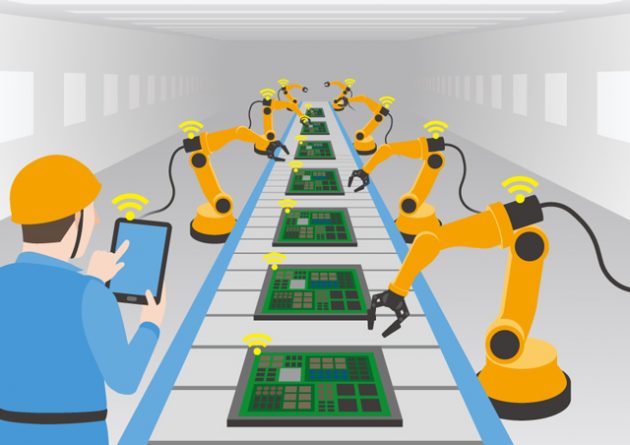 Ryerson Diversity Institute report dives into the adoption of Industry 4.0 in the aerospace manufacturing industry.

TORONTO — Ryerson’s Diversity Institute released a report in May of 2021, titled Industry 4.0, the Future of Work & Skills – Building Collective Resources for the Canadian Aerospace Industry, about the Canadian aerospace manufacturing sector, and its developments over the last ten years and looking ahead into a post-pandemic climate. Dr. Christian Levesque and Dr. Cassandra Bowkett, both of HEC Montreal and the Future Skills Learning Centre, sat down to discuss the report’s findings and its implications for aerospace manufacturing.

With approximately 700 aerospace companies supporting roughly 90,000 employees across Canada, the sector’s adoption of Industry 4.0’s trends were examined by Ryerson’s Diversity Institute to see how companies were adapting and evolving. The key findings of the report grapple with the current labour shortage, and its exacerbation due to the adoption of Industry 4.0 tools and trends.

“Rather than more or even less jobs being created due to Industry 4.0, we’re seeing roles and jobs becoming polarized into extremes. We’re seeing a lot of roles in factories and facilities becoming either much more highly skilled and specialized, or much lower-skilled and less demanding,” says Dr. Christian Levesque, Co-Author of the report.

This polarization as a result of Industry 4.0 adoption means that certain roles like the machinist in an aerospace manufacturing setting are being phased out. Firms are hiring more operators instead as a result, and competing with other industries for engineers, programmers and roles that are seen as more enriching by students.

Part of this polarization has made it more important for the remaining roles to be that much more appealing and enriching, and there are a growing number of collective resources available to help shore up the talent gap.

“There are more programs in schools and colleges building a pipeline of talent over the next ten years in aerospace manufacturing. Aerospace Montreal, NSERC and GARDN, and an increased emphasis on acting collectively,” says Dr. Cassandra Bowkett, Co-Author and Researcher.

The researchers emphasized that the shortage of talent is a phenomenon that cannot be dealt with by the industry alone. Because Industry 4.0 skills are so specialized, only the biggest firms are able to attract labour with the right kinds of skillsets, and smaller aerospace firms are left trying to develop talent, and need more collective resources and public infrastructure investment.

With that in mind, the report calls for more government programs and details from the federal budget in order to establish a resilient market, especially in establishing a niche in aerospace manufacturing that wouldn’t see fierce competition with global partners and rivals.

Cassandra and Christian agreed that it would be very difficult to compete with global aerospace firms from a pure manufacturing perspective, but carving out a strong presence in sustainable civil aviation would fit with Canada’s cleantech goals. With significant investments already announced in the federal budget for cleantech initiatives through the Strategic Innovation Fund, programs like GARDN (Green Aviation Research and Development Network) will need to see ongoing support to help establish Canada’s role in sustainable civil aviation.

Christian says that though the federal government announced more funding for the aerospace industry, the details of this funding have yet to be released. There were clear details around cleantech initiatives and programs, and these types of similar guidelines are needed to support emerging aerospace firms as well.

The researchers echoed the need for collaboration between industry partners, researchers and government, as well as the importance of flexibility in sharing collective resources and addressing the differences in the Ontario and Quebec markets.

“There’s a big difference in the amount of resources that have been given to both regions,” says Dr. Bowkett. “Both regions have some interesting funding programs, but a long-term pipeline of talent specialized in Industry 4.0 tools and skills requires long-term funding to enable this. Ontario has more aerospace SMEs than Quebec, but less programs to help foster this type of cooperation and capital investment.”

Post-pandemic, aerospace manufacturing is a market that continues to evolve due to Industry 4.0, but will need to see cooperation and collaboration across industries to truly emerge as a robust market for Canada.

Click to listen to the interview with Dr. Cassandra Bowkett and Dr. Christian Levesque, talking about their research, and the effects of Industry 4.0 on the Canadian aerospace manufacturing sector.