The pandemic has added to the looming succession crisis for these companies due to the growing number of owners nearing retirement. 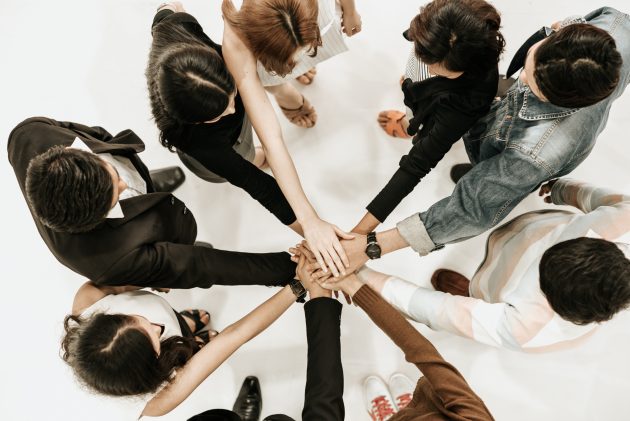 Most of Canada’s 1.2 million small- and medium-sized enterprises have been affected by COVID-19. A substantial number of them remain heavily indebted as pandemic restrictions ease, while workforce shortages and supply-chain disruptions are still a problem.

The pandemic has added to the looming succession crisis for these companies due to the growing number of owners nearing retirement who don’t have a formal plan in place for the continuity of their businesses.

This coming succession crunch, part of what’s known as “the silver tsunami,” was already being discussed by the early 2010s in Canada. Economic experts in the United States and the European Union have also been warning of a similar phenomenon on the horizon for more than a decade.

At stake before the pandemic was $1.5 trillion in business assets and the future of a large swath of Canada’s workforce because so many Canadians are employed by small- and medium-sized companies.

Overall, Canadian business owners aren’t prepared for succession or for the impacts of crises on their companies. Jobs and the socio-economic well-being of Canadian communities are potentially at risk.

In Canada, a research team I lead recently published a report on succession at these companies and found that business owners first think of transferring their companies to their children or other family members (43 per cent). Retiring owners or those with businesses at risk also seek to sell to third-party investors (24 per cent).

But, as our research also shows, less than half of retirement-aged owners (48 per cent) are familiar with the intricacies of succession, while only 14 per cent have formal succession plans in place.

Another succession option is the strategy of business conversions to co-operatives — selling or transferring companies to employees or other community stakeholders who then create co-operatives and continue the business’s activities.

These converted businesses can take on different member ownership forms, such as worker, consumer, multi-stakeholder or producer co-ops. More than 200 of them, of all these different types, already exist in Canada.

As my earlier research on Italy’s worker buyouts and Argentina’s worker-recuperated companies has shown, businesses that convert to co-operatives represent a tried-and-true rescue and succession strategy. However, our new study shows that in Canada it’s still a largely overlooked option by most owners of small- and medium-sized enterprises and employees, unions and policy-makers.

An overall lack of understanding of co-ops

The combination of a lack of succession planning and the failure to consider the co-operative-conversion solution is tied to a related finding from our research — only 30 per cent of Canadian small business owners are familiar with co-ops, and many of them have mistaken ideas about them. Those include misconceptions about inefficiency due to the democratic governance of co-ops and assumptions that they lack competitiveness.

Decades of research into the co-operative model’s advantages and strengths shows that these concerns are unfounded. Co-operatives offer stable business models that provide good jobs. They are often better than conventional businesses in terms of responding to and surviving crises because they source capital locally rather than with distant shareholders, meet local community needs, and foster trust and mutual aid.

During economic downturns, for instance, co-op members will often amend wages and revenue distribution rather than lay off employees.

The overall lack of knowledge of the co-op model is not surprising. There is systemic bias against solidarity-based economic activity by mainstream economists and business pundits, and a related lack of co-op content in post-secondary business and economics courses.

At the same time, Canada already has almost 6,000 non-financial co-ops, making up, according to a recent study, 3.4 per cent of its GDP ($61.2 billion). That’s significantly more than the telecommunication sector’s and mining sector’s 1.8 per cent of GDP respectively, and the auto parts and manufacturing sector’s 0.9 per cent of GDP.

There is no doubt that co-ops are competitive and sustainable businesses. It should then be in the interest of business owners, employees, unions, local communities, as well as policy-makers, to know more about the co-op option for succession and business survival purposes.

Pathways for conversion to co-ops

Part of this should include a renewed education campaign about Canada’s already established pathways for businesses to convert to co-ops. Co-operative advocates like the Canadian Worker Co-op Federation and provincial associations like the one in Ontario have long been leading the way. But business schools and mainstream media need to step up, too. How-to resources and conversion diagnostic tools need to be made readily available, and case studies of the co-op model should be promoted.

Most of them are in Québec, however, due to favourable social economic policies related to co-op development, the role of unions and labour funds in the conversion process and the unique forms of co-operative businesses found there.

These include multi-stakeholder solidarity co-ops, and worker-shareholder co-ops, where the worker co-op co-owns the firm with more traditional investors. Examples of conversions to co-ops in Québec include dozens in the funeral sector, the ambulance sector, the recently formed newspaper co-op CN2i, and even a co-op St-Hubert franchise in Laval.

Canada’s co-ops stepped up to respond to community needs during the COVID-19 crisis more quickly and had immediate local impact compared to government and corporate responses.

The COVID-19 crisis has demonstrated that our communities must be self-sustaining rather than reliant on volatile global supply chains. Co-ops bring resiliency and self-determination to local economies.

The co-operative model needs therefore to be seriously considered and nurtured as viable responses to closing firms and lost jobs as a result of the pandemic and the looming business succession crunch.