Canada must navigate U.S.-China tensions by staying true to its values

The Canadian government’s inability to navigate the rivalry between the U.S. and China has exposed a striking dysfunction in Canada’s foreign policy 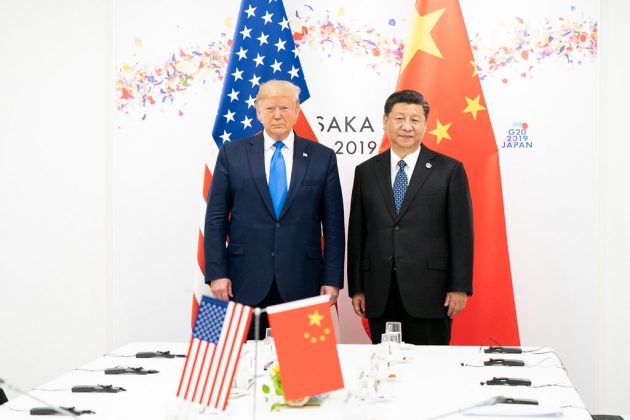 The Canadian government’s inability to navigate the ongoing rivalry between the United States and China has exposed a striking dysfunction in Canada’s foreign policy.

It speaks to a serious vulnerability in a nascent superpower conflict driven by techno-nationalism and populist politics. What’s clear is that both Beijing and Washington are willing to manipulate Canada’s rule of law system for their own political ends.

In fact, near policy paralysis coupled with a “wait and see” approach appears to have guided the government throughout the crisis.

The tragedy of Kovrig and Spavor’s imprisonment provides guidance on how middle power states should navigate rivalries between more powerful nations. On the one hand, the Trump administration’s America First policy has shown its traditional allies are expendable, while Xi Jinping’s emboldened authoritarianism advocates the detention of foreigners for political leverage. Middle power states, meantime, must protect their values and interests.

But what is Canada’s national interest and what are Canadian values? Finding an agreed-upon set of non-partisan ethics is an emotional and a complex endeavour. Despite the difficulty, times of crisis require leaps of political faith in finding unity to build meaningful policy.

Now is one of those times.

As Canada becomes a playground in a great power rivalry, Canadians must prepare themselves for an era marked by fierce competition between the U.S. and China. A conflict with both global and regional implications, Canada is notably vulnerable given its geographic proximity to the United States and its economic interdependency with both nations.

Canada in a no-win situation

There is a strong lesson for Canada and other middle power states. It’s clear now that Huawei is a politically exposed firm, and the American request to extradite Meng Wenzhou poses a significant risk for Canadians. As David Zweig, a professor emeritus at Hong Kong University of Science and Technology, rightly points out, if Meng is deported, hundreds of thousands of Canadians in China will be in peril. Canada has been forced into a no-win situation.

Michael Kovrig’s wife, Vina Nadjibulla, has noted: “We cannot win a race to the bottom with China; we cannot become aggressive and confrontational because confrontation is not a strategy.”

Both Zweig and Nadjibulla, along with a powerful collective of Canada’s political elite, are advocating for Meng’s release in exchange for the two Michaels. There is of course fierce objection to a prisoner swap, along with calls for tougher action while diplomatic efforts continue behind the scenes.

A prisoner swap would in fact undermine Canada’s credibility and signal to the world and our allies that Ottawa accepts hostage diplomacy. It would in many ways jeopardize Canada’s future relationship with Asia.

While there is speculation that China and the United States are headed towards what’s known as a Thucydides Trap — which holds that war is inevitable when a rising power challenges a dominant state — Canada must prepare itself for the worst and find creative ways of navigate this superpower rivalry.

In doing so, Canadian policy-makers must understand that they’re in no position to change the behaviour of nuclear-armed, authoritarian China. To think otherwise is pure fantasy.

But Canada has options.

First, the government should return to its post-Cold War roots and advocate clear principles of human security. Unlike traditional security, human security is a people-to-people, centred approach for understanding how communities can build capacity and resilience. As Kenneth Christie at Royal Roads University and I have written, human security is fundamentally concerned with supporting good governance, human well-being and sustainable development.

Second, Canada should draw on its Cold War experience as a middle power state navigating great power rivalries through multilateral organizations. The Trump administration’s retreat from global institutions is an opportunity for Western allies to implement progressive policies with a clear focus on human security. While Canada has friends, it must do better in reminding them what we stand for.

Third, Canada should aggressively market its human security campaign within China’s vital Belt and Road Initiative countries and the hallways of NATO, advocating human rights and the rule of law. Billboards should be placed on the sides of highways reminding allies how far their economic partners will go to meddle in a nation’s legal sovereignty should they not comply with their wishes.

China does not have to agree with Canada’s liberal democratic principles, nor should we force our values on China.

But the world needs to know how Canada’s sovereign rule of law has been steamrolled by two self-interested superpowers. And Canadians must stay true to our values and help other vulnerable and marginalized victims of great power rivalry.