As the global demand for freshwater steadily increases, Canada seems to be in a privileged position 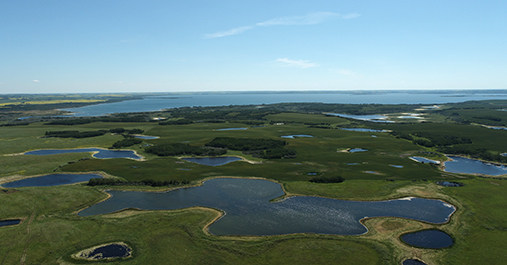 The federal government has been working since 2020 to create a Canadian agency dedicated to water management across the country. Public consultations ended on March 1, and the Indigenous engagement process will continue throughout 2021.

But many questions and expectations remain about the nature of the new Canada Water Agency. Water governance encompasses all the administrative, social, political, economic and legal processes put in place to manage water. In other words, it is these societal processes that determine how governmental and non-governmental groups develop measures and make decisions in the area of water management.

We are members of the University of Ottawa Forum on Water Law and Governance, a research network that has identified a series of law and governance issues that need to be considered by the future Canada Water Agency.

The urgency to act

However, when it comes to the urgent issue of freshwater management, many factors come into play. These include climate change, which is occurring more rapidly in Canada than elsewhere and has pronounced environmental consequences, access to drinking water in Indigenous communities and flood policies. All of these issues contribute to the need to create a Canada Water Agency

Environment and Climate Change Canada released a discussion paper on the future agency in December 2020, and held public consultations through virtual national and regional forums in January and February 2021. Indigenous engagement is ongoing.

Canadian water law is hindered by interjurisdictional issues and a lack of co-ordination between government groups. Many proposals have been made to overcome these obstacles.

For starters, there are discussions about possible co-operative efforts in the light of the constitutional division of powers and the impact of recent case law on co-operative federalism. There have also been calls to reform the Canada Water Act to reconsider freshwater management through watershed management.

More integrated collaboration between different governmental and non-governmental groups has also been encouraged. Finally, some advocate for a complete paradigm shift, to an Indigenous perspective of water as a life-giving (and life-taking) spiritual entity.

The creation of the Canada Water Agency must address the fragmentation of water management, multi-level governance issues and the specifics of Canadian federalism.

Its creation would be the culmination of renewed political interest following the Walkerton crisis in 2000, where E. coli contaminated the muncipality’s water, killing seven and making more than 2,000 sick. It would also be an opportunity to revitalize the federal water policy, which has been gathering dust since 1987.

The role of municipalities

While the institutional environment and relationships that characterize water management in Canada are complex, the future Canada Water Agency could nonetheless promote the creation and sharing of knowledge, as well as citizen participation.

Municipalities, which play a fundamental role in infrastructure and in the protection of aquatic ecosystems, could also be recognized as key players in Canadian water management within the agency. This would be an opportunity to modernize the framework for federal-municipal relations in Canada.

Several water management bodies, like the Lake of the Woods Control Board or the International Joint Commission, have been trying for several years to set objectives that take the territory or ecosystem into account.

It is also necessary to consider the diverse dynamics of water. This means, for instance, considering the specifics of the agriculture sector or the health sector, with respect to water needs, impacts on water, access to water or issues related to environmental justice.

While the creation of a Canada Water Agency is a domestic initiative, looking at international perspectives is interesting for at least three reasons:

The importance of next steps

Recent surveys show that Canadians consider water to be their country’s primary natural resource. Merrell-Ann Phare, commissioner of the International Joint Commission, told the conference we hosted that “the Canada Water Agency is potentially a groundbreaking governance innovation in Canada”.

The next steps will therefore be critical. Environment and Climate Change Canada has to move forward in preparing a report that incorporates the comments received during the public consultation.

The recently released federal budget plan 2021 includes $17.4 million of funding for this initiative over two years, starting this year. While this proposal appears to confirm government commitment, the proposed schedule may be disrupted if a federal election is called in the fall.