Canada: An invader, warrior, peacekeeper and arms supplier in conflicts near and far

When Russia’s government fell and the new Soviet Union formed, Canada joined British, American and other troops by landing in Vladivostock to try to stop the new communist state from taking root. 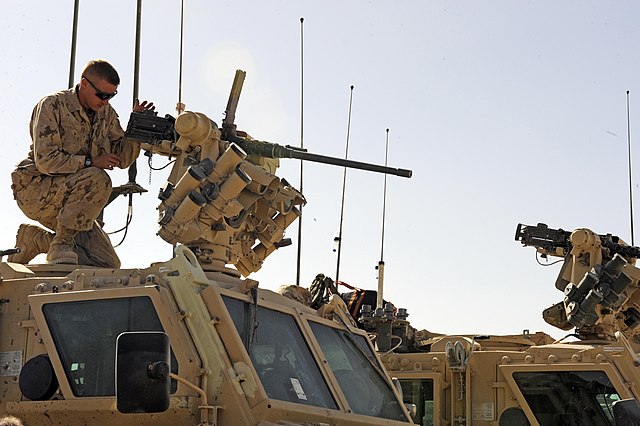 Bob Rae, Canada’s ambassador to the United Nations, has compared the Russian invasion of Ukraine to Benito Mussolini’s Italian invasion of Ethiopia in the 1930s.

That invasion was an opening salvo in the lead-up to the Second World War.

In Ethopia in the 1930s and in Ukraine today, the effects of invasion are devastating. But how has Canada confronted military invasions throughout its history?

First off, Canada was built on invasion and displacement. French and later English merchants came in search of furs and other riches, invading Indigenous territory. But alliances with some Indigenous nations grew volatile, displacing communities, disrupting ways of life and attempting to erase culture.

Colonization continued with the creation of the Dominion of Canada in 1867. In 1870, Britain gave the Northwest Territories, then covering everything north and west of the Great Lakes, to Canada.

Manitoba was born from negotiations between the Canadian military and Métis resistance.

“Pacification” of much of what’s now Saskatchewan followed the Battle of Batoche in 1885, in which Canadian forces crushed the last armed resistance. Famine followed as Canada “cleared” the prairies.

Canada also helped Britain’s annexation of the Transvaal Republic and Orange Free State to create South Africa, with Canadian imperialist volunteers fighting alongside their British cousins in the South African War of 1899-1902.

Canadians of British descent flocked to the defence of the “mother country” in the First World War, but French-Canadians remained indifferent. Desperate for young men to fight against the Germans, a new prime minister, Robert Borden, imposed conscription for the first time. The controversy between gung-ho Ontario and skeptical Québec almost tore the country apart.

When Russia’s government fell and the new Soviet Union formed, Canada joined British, American and other troops by landing in Vladivostock to try to stop the new communist state from taking root.

Canada did not — like Australia, New Zealand and South Africa — grab a former German colony after the First World War. But Canada did ask Britain for some Caribbean colonies.

Britain instead offered Canada a mandate to govern Armenia as it emerged from genocide at the hands of the Ottoman Empire.

Canadians had raised large funds for Armenian relief, and sent food and supplies. But despite sympathy for the Armenians, Ottawa turned down the offer, and Armenia was divided between Turkey and the Soviet Union.

Instead, Canada found itself accused of invasion in the 1920s at the League of Nations.

Cayuga chief Deskaheh, speaking for the Six Nations of Grand River (near Brantford, Ont.) asked the League of Nations — the predecessor to the United Nations – to help defend his people from a “Canadian invasion” by the RCMP.

Panama, Persia, Estonia and Ireland backed him, but the league buried the petition.

To this day, First Nations leaders seek international support to end Canadian invasion of their lands — a word used most recently by Wet’suwet’en people.

In the Second World War, Canada emerged as a significant military power and was known as a warrior nation, but post-war Canada became less interested in military action.

Neither Britain nor France invited Canada to take part in the invasion of Egypt staged in 1956 to “protect” the Suez canal from Egyptian control. Britain and France faced global condemnation, even from their leading ally, the United States.

Canada’s foreign minister at the time, Lester B. Pearson, didn’t condemn Britain and France. Instead, he worked behind the scenes for peace, resulting in the creation of the first large-scale peacekeeping mission. Canadians have followed “a cargo cult of peacekeeping” ever since, even as Canada’s contribution to UN peacekeeping plummets.

After the end of the Cold War, NATO sought a new military mission in “humanitarian intervention,” pushed hard by Canadian intellectuals like former Liberal leader Michael Ignatieff. It came to a tragic end with NATO’s 2011 bombing of Libya, from which that country has yet to recover.

When the Soviet Union invaded Hungary (1956), Czechoslovakia (1968) and Afghanistan (1979), Canada condemned the attacks but resisted the call of Americans and others demanding “a rollback” aimed at delegitimizing Soviet states.

Canada instead concentrated on accepting and settling refugees from Hungary and Czechoslovakia, the origin of Canada’s diplomatic self-image as a country of refuge.

Frequent U.S. military interventions in Latin America  and the Caribbean didn’t fuel strong Canadian opposition. Though Prime Minister Pierre Trudeau condemned the U.S. war in Vietnam, his government made no effort to stop the flow of Canadian-made weapons to the Americans.

Trudeau’s government, in fact, loosened controls on Canadian weapons exports like never before. Canada has, deliberately or unwittingly, armed invaders around the world ever since. In interventions by Indonesia in East Timor, Saudi Arabia and Yemen, Canada has armed invaders, not defenders.

When the U.S. planned to invade Iraq in 2003, Prime Minister Jean Chrétien wavered between American/British enthusiasm for war and German/French reluctance. In the end, he split the difference, staying out of the battle but providing military support.

On Ukraine, Canada’s ferocious rhetoric marks another step away from the increasingly fictional claim to be a peacekeeping nation.