Canada, a superpower? Here’s how the country might one day fit the bill 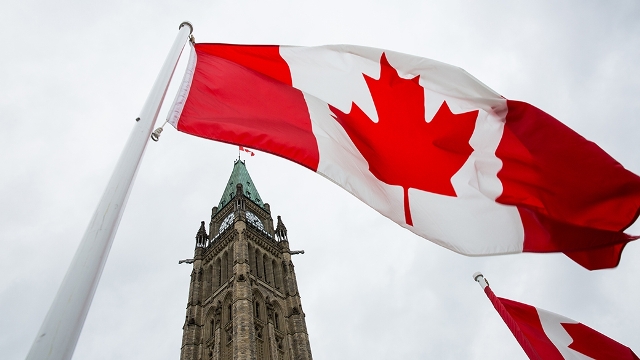 For the foreseeable future, the United States will probably remain the world’s most powerful nation. Yet, like any champion, it must watch for challengers and head them off. At present, China’s rise on the global stage troubles Washington. A few decades ago, it was the Soviet Union.

But will future contenders for superpower status be much closer — specifically, north of the U.S. border? The British Empire ended in the mid-20th century when it was outmanoeuvred not by one of its longtime rivals, France or Germany, but rather by its ally, the U.S. Could Canada do the same?

Canada’s population is just a fraction of its southern neighbour’s, but Prime Minister Justin Trudeau’s Liberal government has announced an ambitious plan to bring in 500,000 immigrants each year by 2025.

The vast majority will be young and selected via merit-based criteria that give priority to education and workplace skills. Canada’s population in relation to the U.S. has also been slowly increasing for decades and is growing at a faster pace.

Canada and the U.S. are roughly the same size, both accounting for 6.1 per cent of the world’s land mass. Much of Canada’s land at present is cold, barren and largely uninhabitable. But climate change has made Canada’s landscape more temperate and suitable for agriculture and other activities, a trend expected to continue in the decades to come.

In some ways Canada is already a superpower. Its economic output is the eighth largest in the world. The seven countries with larger economies have bigger populations than Canada. Even with a short growing season and relatively small area devoted to agriculture, Canada is the fifth largest exporter of agri-food and seafood products.

But economic strength is only one measure of a global power. Another is having the resources that others need. In that regard, Canada is extraordinarily rich in natural resources, including clean water. Regardless of future economic, environmental and technological trends, the country will be an energy and natural resources superpower.

Two other elements are needed for superpower status: a political system that provides strong governance and a national culture that’s appealing to its own citizens and to people around the world.

Canadian politics prizes stability and moderation, both hallmarks of a superpower. Social change occurs with few ideological battles. For example, becoming the first developed country to legalize the use and sale of recreational cannabishappened with scant controversy or social division.

Even on expanding the scope of medical assistance in dying legislation, Canadians have remained civil, with all stakeholders willing to listen to each other.

Superpowers are not only countries that dominate in various spheres, but also countries that command the aspiration of — and provide inspiration for — people around the globe. For two centuries, the U.S. has made its national dream one that others around the world sought to attain. American-style democracy was the gold standard.

This is now less and less the case. The “city on a hill” acting as a beacon of hope for others has morphed in recent decades into a selfish “America-first” environment.

American citizens have grown disillusioned by their polarized politics, while outsiders question the excesses that drive U.S. capitalism. Donald Trump’s years in the White House have left many dismayed about the future of their country and widened the divisions between Republicans and Democrats.

As neighbours, Canadians shake their heads in wonder at the inequities, lack of public health care, lax gun control and debates over abortion and immigration that dominate and divide American politics.

Canadian culture, shaped by the country’s history of being a fragment of both the British and French empires, has aspired to promote equality, both between individuals and groups, although it’s failed in its abysmal treatment of Indigenous Peoples.

Nonetheless, in an age of globalization and demand for greater personal freedoms, Canada’s multicultural policies are a beacon of hope in a world often scarred by religious, ethnic and tribal battles.

Much like when the U.S. steadily assumed the role of unchallenged superpower from Great Britain during the first half of the 20th century, it might be that Canada gradually becomes a great power this century — perhaps first as a partner to the United States, but then increasingly supplanting its neighbour.

For many around the world, such a transition would be preferable to other scenarios, such as China or Russia assuming more dominant roles in global affairs.

A shift in global power relations would occur at a leisurely pace and with minimal disruption.

In 1776, with a population of 2.5 million, few imagined that within two centuries, the U.S. would become the dominant superpower. It’s not inconceivable that Canada could perform the same feat by 2223.