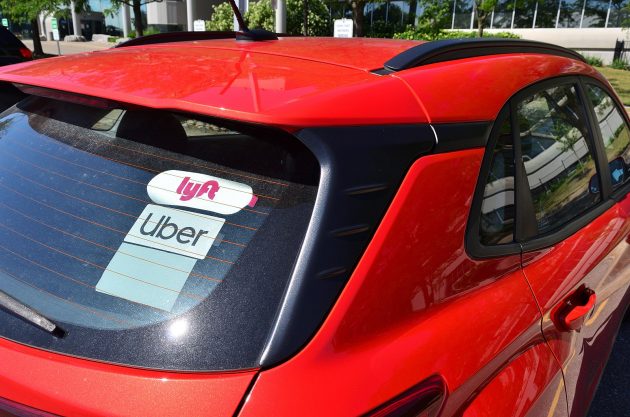 Much of the focus during and after election night in the United States has centred on Donald Trump’s refusal to concede defeat and the makeup of Congress.

Yet Nov. 3 also saw many states vote directly on specific policies. For progressives, the results of these contests were mixed.

Voters in some states opted to decriminalize drug, and Floridians voted to raise the state minimum wage to $15 per hour. However, in California, several ballot initiatives resulted in significant defeats for the left.

Chief among them was Proposition 22, which passed with 55.8 per cent of the vote.

This new law allows technology companies such as Uber and Lyft to continue to classify their gig workers as independent contractors rather than employees.

A coalition of Silicon Valley companies launched the “Yes on 22” ballot campaign in response to recent moves by both the judiciary and legislature in California to expand the legal definition of employment.

In the Dynamex case of 2018, the California Supreme Court clarified the legal test for determining an employment relationship. This test limited when an employer can classify a worker as an independent contractor to instances where:

It was certain app-based companies could not meet these criteria.

The legislature then passed Assembly Bill 5 in January 2020, which included the above method for determining employment status and aimed to stop what is broadly considered to be the misclassification of app-based workers as independent contractors.

The state’s new broader interpretation of employment was meant to give app-based and other contract workers access to labour standards protections, such as the minimum wage, as well as other social benefits currently denied to them, such as unemployment insurance and workers compensation. However, the legislation did not grant gig workers the ability to form unions.

“Yes on 22” proved to be the most well-funded ballot initiative in California’s history. Tech companies spent well over US$200 million on advertising, political contributions and public relations firms’ services. The coalition opposed to Proposition 22, led by labour movement organizations, came nowhere near this total, managing to raise around $20 million.

Since 2018, tech companies had been publicly voicing their objections to the Dynamex decision and California’s Assembly Bill 5, with some threatening to leave California if Proposition 22 was unsuccessful. During the “Yes on 22” campaign, gig companies additionally engaged in highly questionable tactics, such as requiring both drivers and customers to indicate support for the ballot initiative before using the app.

So while Assembly Bill 5 is the law of the land for other employers, Proposition 22 exempts the tech giants by setting separate labour standards for app-based workers.

The companies argue that Proposition 22 will benefit workers by maintaining the supposed flexibility of app-based work while also providing new, modest benefits.

For example, Proposition 22 includes a provision ensuring workers receive 120 per cent of the state minimum wage in California. However, this calculation is only made on the basis of engaged driving time. Because much of gig work is spent waiting for jobs through the app, income insecurity will remain a considerable problem.

Scholars at University of California, Berkeley’s Labor Center, estimate that under this arrangement ride share workers will earn an average of $5.64 per hour when time between rides and vehicle costs are factored in.

Other benefits included in Proposition 22 dealing with health care, workers compensation and insurance are all much weaker than the protections guaranteed by traditional employment.

Battles over app-based work in Canada

Conflicts over the employment status of app-based workers are not unique to California.

After its Ontario couriers voted to unionize with the Canadian Union of Postal Workers, Foodora appealed the union certification and argued that couriers are independent contracts not entitled to unionize.

The company then pulled out of Ontario altogether after the Ontario Labour Relations Board ruled in the union’s favour.

Before this decision, Foodora left Australia after that country’s Fair Work Ombudsman alleged that the company was misclassifying and underpaying its drivers.

Uber also faces mounting pressure in Canada following a recent Supreme Court of Canada decision allowing workers in Ontario to pursue a possible class-action lawsuit to obtain protections such as a minimum wage, vacation and overtime pay, as well as other benefits entitled to them under the Employment Standards Act.

At the federal level, the Liberal government has amended the Canada Labour Code to include a “reverse onus clause” requiring federally regulated employers to prove that contractors they engage are properly classified.

Perhaps learning from outcomes in these other jurisdictions, the drafters of Proposition 22 included within the new law a rule requiring seven-eighths of the California legislature to vote in favour of any future modification. The victors of the California ballot initiative have now indicated their plan to pursue similar measures across the United States.

Clearly app-based companies are committed to maintaining the “independent contractor” status of their workforce. This is largely because their business model involves competing on the basis of low labour costs achieved through skirting regulations that apply to competitors, such as traditional taxi companies.

Another University of California, Berkeley, Labor Center study estimates that between 2014 and 2019, Uber and Lyft alone avoided paying as much as $413 million in unpaid wages, overtime pay, unemployment insurance contributions and other taxes in the U.S.

However, some contend that there are much deeper forces at play. Economic historian Aaron Benanav argues that as manufacturing employment has declined and the service sector has grown, under-employment and precarious work have become endemic features of contemporary labour markets.

According to this theory, stubbornly slow growth rates, low productivity growth and depressed demand for labour are translating into a lack of good quality jobs.

Battles over employment classification and labour regulation, while important for improving app-based workers’ immediate conditions of work, ultimately won’t address the underlying dynamics contributing to the growth of gig work and other forms of precarious employment.

More fundamental reforms are needed to generate secure, well-compensated employment. Investment and job creation led by the public sector will be vital to addressing these issues in the future.