If the bill is passed, Canada would become one of the first countries in the world to develop a national strategy to tackle environmental racism 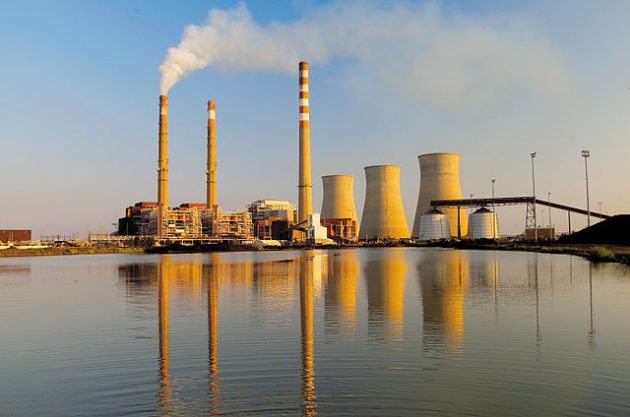 This past winter, COVID-19 outbreaks at two Coastal GasLink work camps in northern British Columbia spilled over into neighbouring Wet’suwet’en communities, according to media reports. The spread of disease to Indigenous communities through industrial projects is an example of environmental racism — when government policies discriminate against racialized communities by disproportionately exposing them to harms from industrial and other toxic activities.

Bill C-230, a private member’s bill that aims to address environmental racism, has passed second reading in a 182-153 vote, and is now under discussion with the environment parliamentary committee before it returns to the House of Commons. If the bill is passed, Canada would become one of the first countries in the world to require the government to develop a national strategy to tackle environmental racism.

As law professors with expertise in matters relating to both the environment and social justice, we argue that this move is necessary both for reasons of justice and also to fulfil Canada’s human rights obligations.

What’s in the proposed bill

This strategy would include making efforts to identify, document and monitor environmental racism, creating processes to increase the participation of Indigenous, racialized and other affected communities in environmental policy-making, providing redress for harm due to environmental injustice and ensuring access to clean air and water.

The case for a law like this is stronger than ever. Other jurisdictions are currently seeking to address environmental racism, and the federal government is taking action to tackle climate change and other environmental issues. But most importantly, unjust environmental burdens continue to be placed on racialized communities in Canada.

When Baskut Tuncak, the U.N. special rapporteur on toxic chemicals, visited Canada in 2019, he found that Indigenous people are disproportionately affected by toxic exposures. In a statement, he wrote that he had “observed a pervasive trend of inaction by the Canadian government” in addressing the health threats of toxic exposures and their cumulative effects.

Canada, unlike the U.S., lacks data on environmental racism. Bill C-230 would require the federal government to:

Many racialized and low-income communities have borne the brunt of polluting industries and other environmental hazards, including oil and gas extraction, pipelines, refineries, mineral mining and sewage dumping. These communities cause few of these problems, and they benefit the least from the activities and industries at issue. Relatedly, they often have little power to influence site placement, cleanup and other decisions.

Historic Africville is a notable case. Africville, a Black community in Halifax, became the site of a railway, a slaughterhouse and an open-pit dump. The city then relocated residents, under the auspices of neighbourhood improvement, and acquired the valuable shoreline. Black communities in Nova Scotia continue to resist proposals to locate environmentally hazardous facilities near their communities.

The mercury poisoning in Grassy Narrows First Nation and the chemical contamination of Aamjiwnaang First Nation are also tragic examples of the uneven impacts of environmental burdens.

As climate change and its impacts become more significant, it’s important to pay attention to who it affects most. In its recent decision on climate pricing, the Supreme Court of Canada declared that climate change is “an existential challenge” that has the potential to cause “irreversible harm [that] would be felt across the country and would be borne disproportionately by vulnerable communities and regions.”

Recent efforts at reconciliation with First Nations, Inuit and Métis people and the Black Lives Matter movement have demonstrated the continuing salience of — and urgent need for — anti-racist and decolonial strategies. The fight against systemic environmental racism is a key element of this.

Recent developments, both in Canada and abroad, show some promise in terms of recognizing and protecting environmental rights, and ending environmental racism. In the United States, President Joe Biden signed an executive order in January that has a significant focus on environmental justice. It includes a “commitment to delivering 40 per cent of climate investment benefits to disadvantaged communities.”

The net-zero bill is stronger than Bill C-230 because it would legally bind the feds to achieving the net-zero target by 2050. It also requires five-year targets with mandatory plans and progress reports, and an independent review of the results by the commissioner of the environment and sustainable development, so that changes in government will not derail the goal. Adding an explicit commitment to environmental justice and plans to achieve it would enhance Canada’s net-zero bill.

In addition, proposed changes to the Canadian Environmental Protection Act include adding a right to a healthy environment, a commitment to uphold the U.N. Declaration on the Rights of Indigenous Peoples, and the obligation to consider vulnerable populations and the cumulative effects of harmful substances.

The Biden administration’s plan sets a much more ambitious goal than Bill C-230. However, Bill C-230 is the perfect opportunity for Canada to set a national precedent with this demonstrable commitment to environmental justice and addressing the legacy of environmental racism.

Laws and rights, on their own, can be toothless if they do not come with binding duties, explicit standards and adequate enforcement. The government, civil society and citizens will need to be active and vigilant to redress and prevent environmental racism. The law will also need to be backed up with adequate resources and transparency to ensure that the national strategy is participatory, adequately resourced and leads to continual renewal and improvement.

Although Bill C-230 would merely be a first step in a larger process, it is an important one in the right direction that can act as a catalyst for more transformative change, particularly if it is linked with other current policy ambitions, such as the net-zero carbon emissions bill and the proposed amendments to the Canadian Environmental Protection Act.